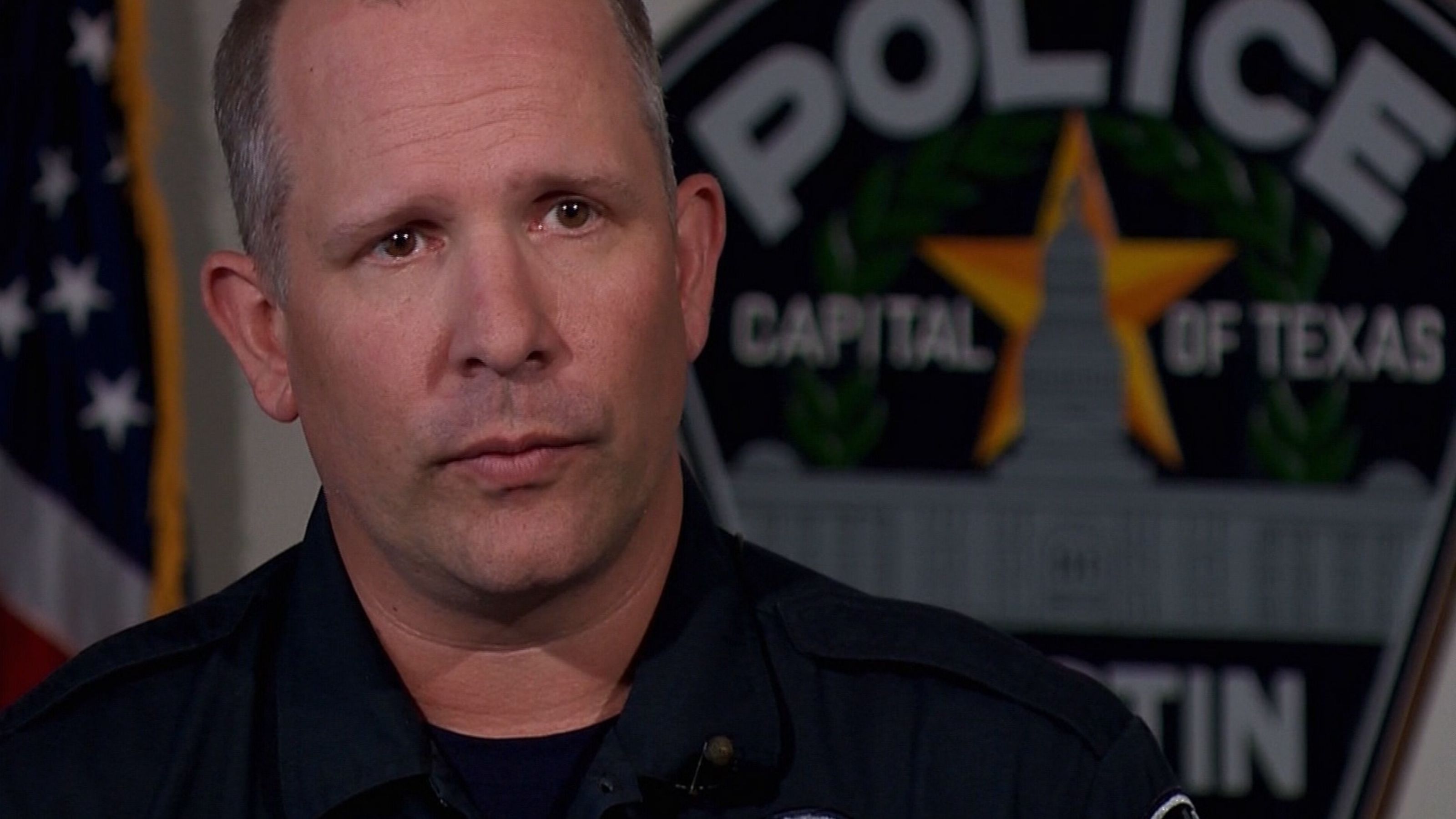 One thing is for sure, if you are a bad guy wishing to do harm to people in Texas, you should think twice if Sgt. Adam Johnson is in the vicinity. Johnson shot and killed an active shooter last week. However, the circumstances of the kill shot are amazing.

Steve McQuilliams was shot and killed by Sgt. Adam Johnson. From investigators’ report, Sgt. Johnson shot McQuilliams using a Smith & Wesson M&P .40 caliber handgun from 104 yards away, while holding the reins of two horses (The Austin police continue to use horses in their department).

Sgt. Johnson told Chief Art Acevedo that he credits “divine intervention” and that the other officers in the mounted patrol unit who were advancing on the shooter should get the majority of the credit.

Acevedo described Larry Steve McQuilliams as being heavily armed with two “long rifle guns” including a .22 caliber and an AK-47-style weapon. In the rental van he used during the attacks, police found a book titled “Vigilantes of Christendom” as well as multiple propane cans fashioned as Improvised Explosive Devices. Also inside the van, officers found a map with 34 targets, including two downtown churches.

When officers rushed in to take McQuilliams into custody, they discovered he was wearing a tactical vest and a backpack hydration unit, something Acevedo says is an indication he was planning to continue the assault.

Upon further investigation they also discovered he had “Let me Die” written on his chest. When officers went into McQuilliams’ apartment, they found clothes laid out on his bed indicating they were the ones he was to wear to his funeral.

Unlike those of the Islamic community, I will openly say that I don’t think these are the actions of a Christian, nor are they in line with the teachings of the Bible.

“Hate was in his heart,” said Austin Police Chief Art Acevedo. “He is a homegrown American terrorist trying to terrorize our people.”

According to newly released information, the results of McQuilliams little rampage “left 103 defects inside and outside the Austin Police Headquarters and similar destruction at the Federal Courthouse, Mexican Consulate building, and a downtown area bank.”

Of course, there was hate in his heart. No crime committed is committed out of love and while Bible verses were found in McQuilliams’ van, that does not make him a follower of Christ or the Bible.

McQuilliams had been previously arrested in 1992 for armed robbery of an armored car at First State Bank and later convicted on federal charges of armed robbery. He was finally released from federal prison in 2000. I guess he didn’t think long and hard about the Commandment:

You shall not steal.

However, the real hero is Sgt. Johnson. Speaking of his excellent shot, Acevado said, “For a guy to keep his composure, holding two horses with one hand and taking a one hand shot with the other hand just says a lot about the training and professionalism of our police department.”

While I am one that does take time to point out where I believe police officers are out of line or speak out on the militarization of peace officers, there is no doubt in my mind that Sgt. Johnson did the right thing and quite possibly saved many lives. Well done Sir!