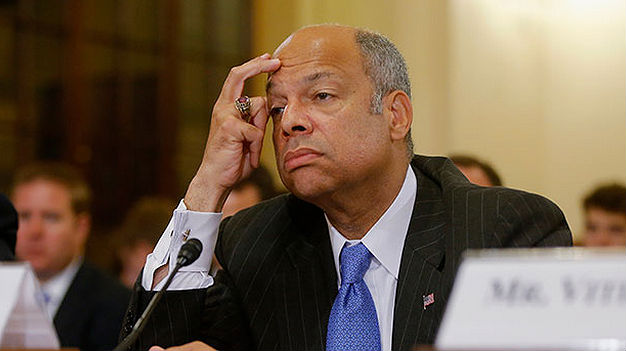 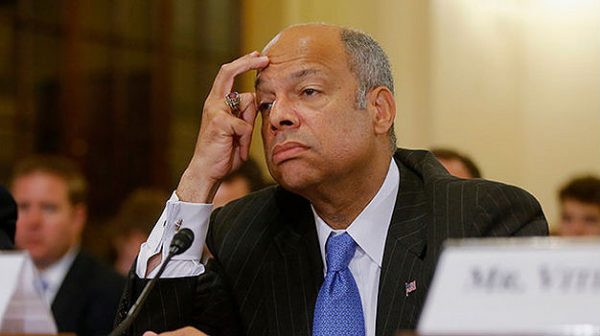 Since my friend CJ Roberson wrote about her ex-husband, an Iranian who came into the United States illegally, engaged in falsification of documents to make it appear he was legal and continues to reside in the US and work for defense contractors without being deported, I’m honestly not surprised by what is taking place with illegal aliens, including Islamic terrorists. However, I am outraged. In a hearing on Tuesday, Rep. Jason Chaffetz (R-UT) engaged Homeland Security Secretary Jeh Johnson concerning four alleged Islamic terrorists who were captured coming across the border illegally into the US. When asked whether or not they had been deported, Johnson not only indicated that they were not deported, but said that two were released and fled to Canada.

First, Chaffetz began his questioning by asking what Johnson would say to someone who would claim that Barack Obama’s executive amnesty was an action to “change the law.” Chaffetz even provided the clip of Obama making a statement to that effect, which Johnson said that he was “suspicious” of an eight-word clip.

Johnson also claimed that the administration was acting within its legal authority.

Rep. Chaffetz then cited Obama’s words in context and even continued up till the point of “how” Obama changed the law, something not granted to him legally via the Constitution.

The Utah Congressman then questioned Johnson about the four men with ties to a terrorist organization, who were caught coming across the border.

“You said they would be deported. Did you deport them?” Chaffetz asked Johnson.

“Uh, no. Not at this point,” Johnson answered.

“What is the disposition of those four people,” questioned Chaffetz.

Chaffetz exposed Johnson to the world as one that said the men would be deported, but were not. In fact, when questioned about the two men’s whereabouts in Canada, Johnson could not even identify where they were.

“I’m not sure about their exact whereabouts, sir,” Johnson answered, but indicated that he wanted them back in the United States.

“Mr. Secretary, this is the problem,” Chaffetz said. “You come, and you say — you tell the world that you’re going to deport these four people tied to — these are terrorists and you don’t. They get released.”

While I agree with the line of questioning by Rep. Chaffetz and the points he makes, there is always that issue of accountability and both Houses of Congress and both parties have allowed Barack Obama and his administration to continue to break the law and endanger the American people. Until the chief law enforcement officer is forced to adhere to the rule of law, this will continue. Unless the Congress is willing to do what the Constitution demands they do, namely impeachment, then the rest of these “investigations” and “hearings” are nothing more than window dressing on corruption that is taking place in the federal government.