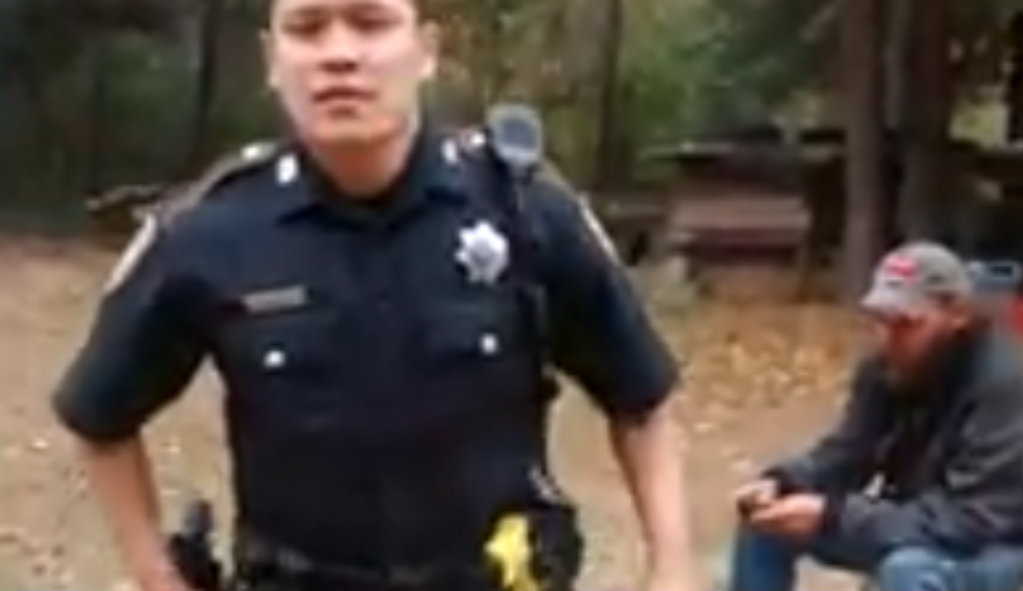 Amidst a national debate about police brutality, another video has emerged of a police officer arresting someone for video recording, this time on his own friend’s private property.

The footage out of Houston, Texas is all the more shocking because the cop doesn’t even try to de-escalate the situation but immediately resorts to making the arrest because the individual, Michael Gardner, refused to instantly obey his orders.

Officer Hoang of the Harris County Sheriff’s Office was responding to a 911 call made by one of the residents at the property.

“The man in the chair could have hindered this situation when he told him to “listen to the officer,” however Gardner tells the Free Thought Project that this man was not the property owner and was not the person that gave Gardner permission to be there.”

The clip shows the officer approach Gardner’s friend before asking Gardner, “Is there a reason why you’re recording this?” to which Gardner responds, “Yes, but I don’t answer questions.”

“OK, you need to leave,” orders Hoang, to which Gardner responds, “I’m on private property.”

The cop repeats the order for Gardner to leave, claiming he is interfering despite being a significant distance away.

The officer immediately goes to handcuff Gardner as he exclaims, “I’m not doing anything! This is illegal! Highly illegal!”

According to a subsequent Facebook post by Gardner about the incident, he was taken to jail but was subsequently released on the order of a judge who found no probable cause for the arrest.

Gardner also claims that Hoang drove at high speed while taking him to prison and was texting while driving.

“I had my rights violated and I need help from all my friends,” wrote Gardner, asking that the video clip go viral.

Despite the fact that legal precedent and law clearly dictates that it is not illegal to film police nor does recording police constitute interfering in their activity, Americans continue to be arrested for doing so.