The slogan of the wave of Ferguson protests is “Black Lives Matter”. But progressives are far more interested in toting around the corpse of Michael Brown to their protests than in the living man he was. 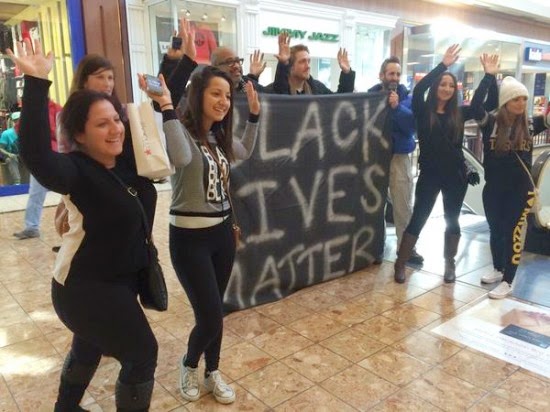 Trayvon Martin, Michael Brown and countless others like them grew up in broken families, their lives haunted by fathers and stepfathers with gang ties. The only masculine culture they had was that of the thug and that culture eventually killed them.

It wasn’t Darren Wilson who decided that black lives don’t matter. Michael Brown did. He did not grow up with a sense that his life was worth anything more than violent posturing could make of it. Just like Martin, that violent posturing eventually killed him.

Rappers recorded a tribute song to Michael Brown titled, “Don’t Shoot”. But Brown’s own songs had a different theme with lyrics like “My favorite part of killing people is when they hit the ground.”

Black criminals victimize other black people first. The Ferguson looters went after businesses serving the black community and businesses owned by black people. That’s the way it always is.

Which black lives really matter in Missouri; the lives of criminals shot by police officers or the black lives taken by criminals?

Missouri has a black homicide rate that is nearly double the nationwide homicide rate for black people. And it’s nearly six times higher than the overall murder rate in Missouri.

If the media were really outraged by lost black lives, they would be outraged by those numbers. If the protesters really wanted to say that black lives matter, they would fight those murder rates instead of contributing to them with their protests. The story of Missouri’s murder rate is the story of the left. From the beginning to the end of the 1960s, murder rates doubled, rapes, robberies and car thefts doubled, assaults tripled and thefts quadrupled.

A decade in which America changed left a bloody trail of death and misery in its wake. The victims of the left’s transformation of America filled the gutters, morgues, prisons and hospitals.

When Giuliani pointed out that the police were there to protect black people, he was asserting that black lives matter. And unlike every single one of his self-righteous critics, he actually saved black lives.

The “Black Lives Matter” protesters claim that there’s a crisis of police shootings. There isn’t. There is a crisis of young black men shooting each other. 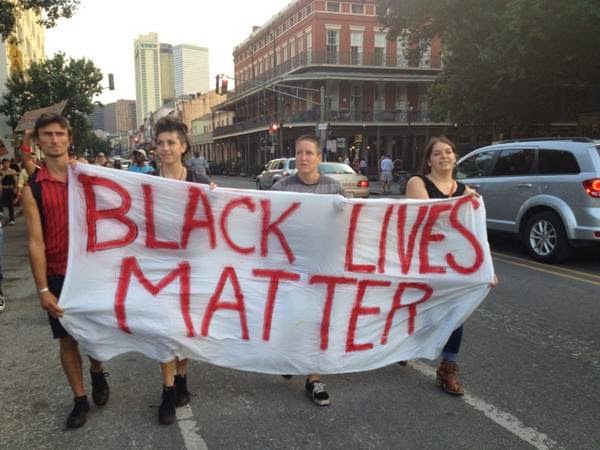 After the shooting of drug dealer Derrick Jones, the NAACP breathlessly reported that 37 black people were shot by police in Oakland over four years. Meanwhile there were 1,594 shooting victims in Oakland in one year.

If black lives really mattered, then the life of a young black man shot down by a criminal would matter at least as much as Michael Brown. But those black lives don’t matter.

The progressive Ferguson protesters not only don’t care about them, but they want to take more black lives by empowering criminals and crippling the police.

The gang is to the black community as the cartel is to lawless parts of Mexico, except that the American equivalents of the Narcocorrido, the songs glamorizing cartel drug dealers, are distributed by major music labels and their performers are invited to the White House.

Gang culture in Black America, which is responsible for most of the gun violence in the country, isn’t the work of a few thugs in a burned out building; it’s promoted by progressives in the entertainment industry. The black lives taken by its glamorization of drug dealing and violent killing also don’t matter.

Despite its self-righteousness about black lives mattering, the left isn’t any good at saving them. It is however really good at taking them. Planned Parenthood’s black outreach arm announced on Twitter that it was joining the Ferguson protests because #BlackLivesMatter.

More African-American lives were ended at abortion clinics in the United States than anywhere else. But those black lives also don’t matter.

To the #BlackLivesMatter crowd, the furious white hipsters crowding malls and staging die-ins, black lives only matter when they feed their own political agendas, their grudges and their own egos.

If black lives really mattered to the left, it would not have built an entire industry, an entire culture and an entire political movement around taking them.

The rest of the time they don’t pay attention and don’t care.

Black people exist for the political convenience of progressives. Black lives don’t matter to them except when they can make use of them. The master-slave relationship has shifted from the plantation to the poll inflating the self-esteem and power of the masters while destroying the lives of their slaves.

The Ferguson protests are not about saving black lives, but promoting the pro-crime politics that take them. Its message is that all black people are criminals and have to be protected from law enforcement. By turning Michael Brown into the ubiquitous black man, the left reveals how racist it really is.