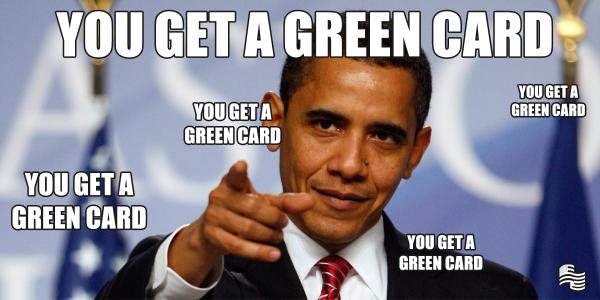 “The issue today is the same as it has been throughout all history, whether man shall be allowed to govern himself or be ruled by a small elite.” — Thomas Jefferson, letter to John Adams (1813)

“The tyranny of a prince in an oligarchy is not so dangerous to the public welfare as the apathy of [the] citizen.” — Charles De Secondat Montesquieu, Reflections on the Causes of the Rise and Fall of the Roman Empire, Chapter IV, p. 19 (1825)

“[W]here there is no law, there is no liberty; and nothing deserves the name of law but that which is certain and universal in its operation upon all the members of the community.” — Benjamin Rush, letter to David Ramsay (1788)

“AMNESTY, n. The state’s magnanimity to those offenders whom it would be too expensive to punish.” — Ambrose Bierce, The Unabridged Devil’s Dictionary, p. 15 (1906)

“The more you can increase fear of drugs and crime, welfare mothers, immigrants and aliens, the more you control all the people.” — Noam Chomsky (1928)

“Democracy will soon degenerate into an anarchy; such an anarchy that every man will do what is right in his own eyes and no man’s life or property or reputation or liberty will be secure, and every one of these will soon mould itself into a system of subordination of all the moral virtues and intellectual abilities, all the powers of wealth, beauty, wit, and science, to the wanton pleasures, the capricious will, and the execrable cruelty of one or a very few.” — John Adams, An Essay on Man’s Lust for Power (1763)

“[N]either the wisest constitution nor the wisest laws will secure the liberty and happiness of a people whose manners are universally corrupt.” — Samuel Adams, essay in The Public Advertiser (1749)

“Without justice being freely, fully, and impartially administered, neither our persons, nor our rights, nor our property, can be protected. And if these, or either of them, are regulated by no certain laws, and are subject to no certain principles, and are held by no certain tenure, and are redressed, when violated, by no certain remedies, society fails of all its value; and men may as well return to a state of savage and barbarous independence.” — Joseph Story, Associate Justice of the United States Supreme Court, Commentaries on the Constitution (1833)

1. a person who rises in forcible opposition to lawful authority [source]

In my previous blog, I highlighted the President’s blatant double-cross regarding the clear and present threat that illegal immigration poses to American citizens, as written in his own book, Dreams from My Father. I also tied together the adamantine threads that reckless conspiratorial immigration is bound to socialism, Marcusian cultural Marxism, dividing and conquering, the Hegelian Dialectic, Saul Alinsky tactics, the Cloward-Piven overwhelm strategy, and the ultimate elimination of the middle class of the United States of America, one of the final planks of the Communist Manifesto to be implemented in this country.

British philosopher John Stuart Mill, in his landmark essay, On Liberty, defined how despotism, “by whatever name it may be called, and whether it professes to be enforcing the will of God or the injunctions of men,” is still despotism. Whatever label is given to harboring aliens in direct conflict with the law — whether it be amnesty, immigration reform, cooperation or democracy — it is still beneath the umbrella of autocratic despotism, the exercise of absolute authority in contempt of established law.

Keep in mind that while the nation’s attention was diverted toward the immigration Executive action, the Ferguson fallout, the Thanksgiving holiday, and zombie apocalypse of Black Friday commercialism, the Obama Administration quietly issued 3,415 regulations in a sweeping federal Unified Agenda to pass thousands of new draconian laws to further control and oppress the American people and curtail our industrial base.

“Pay no attention to that man behind the curtain!”

Behold, the law of the land:

(iii) knowing or in reckless disregard of the fact that an alien has come to, entered, or remains in the United States in violation of law, conceals, harbors, or shields from detection, or attempts to conceal, harbor, or shield from detection, such alien in any place, including any building or any means of transportation;

(iv) encourages or induces an alien to come to, enter, or reside in the United States, knowing or in reckless disregard of the fact that such coming to, entry, or residence is or will be in violation of law; or

(I) engages in any conspiracy to commit any of the preceding acts, or

(II) aids or abets the commission of any of the preceding acts,

(B) A person who violates subparagraph (A) shall, for each alien in respect to whom such a violation occurs—

(iii) in the case of a violation of subparagraph (A)(i), (ii), (iii), (iv), or (v) during and in relation to which the person causes serious bodily injury (as defined in section 1365 of title 18) to, or places in jeopardy the life of, any person, be fined under title 18, imprisoned not more than 20 years, or both; and

(iv) in the case of a violation of subparagraph (A)(i), (ii), (iii), (iv), or (v) resulting in the death of any person, be punished by death or imprisoned for any term of years or for life, fined under title 18, or both.

(2) Any person who, knowing or in reckless disregard of the fact that an alien has not received prior official authorization to come to, enter, or reside in the United States, brings to or attempts to bring to the United States in any manner whatsoever, such alien, regardless of any official action which may later be taken with respect to such alien shall, for each alien in respect to whom a violation of this paragraph occurs—

(A) be fined in accordance with title 18 or imprisoned not more than one year, or both; or

(ii) an offense done for the purpose of commercial advantage or private financial gain, or

(A) Any person who, during any 12-month period, knowingly hires for employment at least 10 individuals with actual knowledge that the individuals are aliens described in subparagraph (B) shall be fined under title 18 or imprisoned for not more than 5 years, or both.

(B) An alien described in this subparagraph is an alien who—

(ii) has been brought into the United States in violation of this subsection.

(4) In the case of a person who has brought aliens into the United States in violation of this subsection, the sentence otherwise provided for may be increased by up to 10 years if—

(A) the offense was part of an ongoing commercial organization or enterprise;

(B) aliens were transported in groups of 10 or more; and

(i) aliens were transported in a manner that endangered their lives; or

(ii) the aliens presented a life-threatening health risk to people in the United States.

(b) Seizure and forfeiture

Any conveyance, including any vessel, vehicle, or aircraft, that has been or is being used in the commission of a violation of subsection (a) of this section, the gross proceeds of such violation, and any property traceable to such conveyance or proceeds, shall be seized and subject to forfeiture.

Seizures and forfeitures under this subsection shall be governed by the provisions of chapter 46 of title 18 relating to civil forfeitures, including section 981(d) of such title, except that such duties as are imposed upon the Secretary of the Treasury under the customs laws described in that section shall be performed by such officers, agents, and other persons as may be designated for that purpose by the Attorney General.

No officer or person shall have authority to make any arrests for a violation of any provision of this section except officers and employees of the Service designated by the Attorney General, either individually or as a member of a class, and all other officers whose duty it is to enforce criminal laws.

Notwithstanding any provision of the Federal Rules of Evidence, the videotaped (or otherwise audiovisually preserved) deposition of a witness to a violation of subsection (a) of this section who has been deported or otherwise expelled from the United States, or is otherwise unable to testify, may be admitted into evidence in an action brought for that violation if the witness was available for cross-examination and the deposition otherwise complies with the Federal Rules of Evidence.

The Secretary of Homeland Security, in consultation with the Attorney General and the Secretary of State, as appropriate, shall develop and implement an outreach program to educate the public in the United States and abroad about the penalties for bringing in and harboring aliens in violation of this section.

[1] So in original. Probably should be “clause.”

Notice that the punishments are classified under the purview of Title 18, the section outlining crimes and criminal procedure, specifically, 18 U.S. Code § 2381 – Treason, which administers the death penalty, imprisonment “not less than five years,” and/or a fine “not less than $10,000.00” for bringing in and harboring illegal aliens, with the proviso that the guilty party [if not suffering the death penalty] “shall be incapable of holding any office under the United States.”

Either we follow the laws and the established system of justice in this country, or we are a nation of lawlessness. According to Joseph Story, former Associate Justice of the United States Supreme Court (1811-1845), without the regulation of law and the full and impartial administration of justice, no one is safe, there exist no remedies to correct it, and society fails of all its value, returning to a state of savage and barbarous independence.

Don’t let anyone deceive you in any way, for that day will not come until the rebellion occurs and the man of lawlessness is revealed, the man doomed to destruction. — 2 Thessalonians 2:3