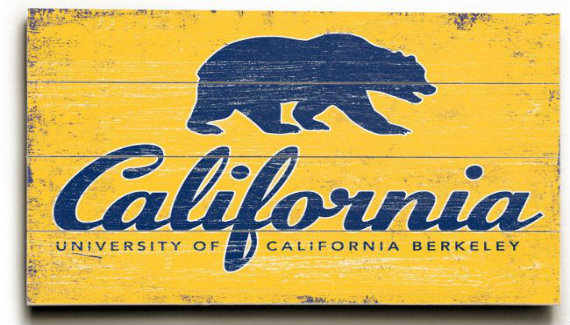 Remember all those calls by liberals for higher minimum wages for American workers? Well, it appears that the University of California at Berkeley, the beacon of liberalism, has decided to ignore a local ordinance that raised the minimum wage. The school is claiming they are exempt as a state agency.

According to Inside Highered:

In Berkeley, where the city’s minimum wage is $10 per hour for all private employers, the University of California at Berkeley is continuing to pay about a quarter of its student workers less than that, according to a spokeswoman, Janet Gilmore. She said the average student pay is $12 an hour.

Earlier in the week, another UC Berkeley spokeswoman told a local weekly newspaper, the East Bay Express, that the university did not have to pay the higher wages because it had constitutional autonomy.

A City of Berkeley councilman, Jesse Arreguin, said the university – which is his city’s biggest employer – had never planned to pay the city’s minimum wage.

“We were hoping they would follow the letter and the spirit of the law,” he said.

While the councilman stated, “$10 an hour is not enough to support yourself in Berkeley or the Bay Area,” he forgets to tell you that the entire college hook is so that people get jobs to support themselves. Minimum wage jobs are a means to learn and make extra money, not “support yourself.”

Furthermore, I have to ask why a liberal would be concerned that other liberals wouldn’t follow the “letter and the spirit of the law”? They don’t do it anyway. They make laws for everyone else that they don’t want applied to them.

Though the school continues to pay its employees at least the state-mandated $9 per hour wage, they claim budget restraints are the reasons for not raising employees’ pay.

However, according to East Bay Express:

…while the UC system has so far refused to abide by local wage laws, in recent years, the UC Board of Regents has repeatedly approved large pay hikes for the system’s top administrators. Harry Le Grande, Berkeley’s vice chancellor for student affairs, who oversees the campus work study program and its $9 an hour employees, was appointed to his position in 2008 at a base salary of $215,000 — a 34 percent raise over his previous pay. UC Berkeley Chancellor Nicholas Dirks is paid $486,800 a year in cash compensation. When Dirks was appointed chancellor in 2012, the regents boosted pay for the job by 11 percent. Dirks also gets an annual car allowance of $8,916, and was granted a “relocation allowance” of $30,425 to be paid over the next four years. Earlier this year, the regents approved a 22-percent pay increase for Berkeley’s vice chancellor and provost Claude Steele. His current salary is $450,000.

Ah yes, this is liberal ideology at its finest! The only thing they forgot to mention was that UC Berkeley also purchased its own armored personnel carrier! After all nothing screams “budget restraints” like a tank on a university campus, right?

However, the point remains, and that is that minimum wage jobs were never designed to support one’s self. In fact, there shouldn’t be minimum wage jobs in the first place. People should be able to contract with anyone they choose and determine their own worth. If someone is willing to work for $5 per hour, then they should be allowed to do so; and if someone is willing to pay people like Chancellor Nicholas Dirks $486,800 a year and he wants to work for it, fine.

However, when the author of the East Bay Express article writes, “a student working 20 hours a week through a campus work study job paying $9 an hour can only earn about $2,000 a semester, or $4,000 a year,” I must ask, who is to blame for that? Is it the student or the school? The student is free to choose where they wish to work, aren’t they? Shouldn’t the school be free to choose what it will pay those who want to work for them?

I’d suggest students start abandoning working for UC Berkeley and start working off campus if they want to make money. In fact, I’d suggest in many cases they abandon college all together and actually start working in the real world and getting the experience and knowledge that will help them later in life, but what do I know? I’m just a high school graduate, married with ten kids and not working a minimum wage job. I also am not locked in a massive college loan debt either.