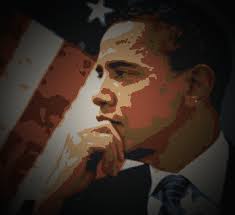 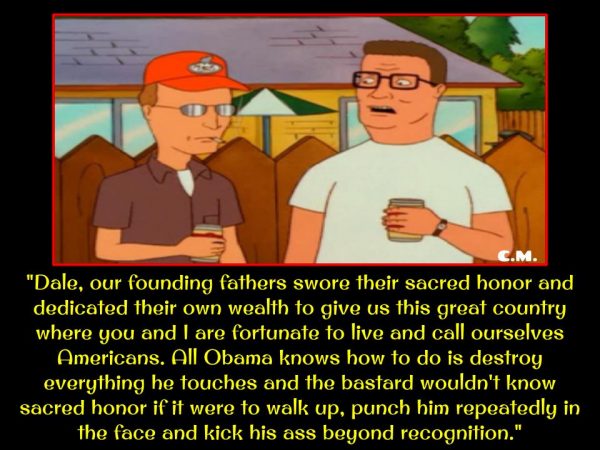 A recent link featured on Drudge directing readers to a Bloomberg Politics Poll at bloomberg.com, shows that 53% of Americans believe race relations have worsened since the historic election of America’s first black president, Barack Hussein Obama. Sources for the article which author Julie Bykowicz cites, center around the recent decisions in 2 separate grand jury investigations in different parts of the country. Ferguson, Missouri and Staten Island, New York. Hearings which both ultimately resulted in the acquittal of 2 white police officers from any wrongdoing in the deaths of Michael Brown and Eric Garner, unarmed black men who each died as a result of confrontations with law enforcement earlier this year. The article opens with the overly charitable assertion of president Obama having had hopes that his historic election would ease race relations in the country, but as this Poll indicates:

~Americans, 53 percent, say the interactions between the white and black communities have deteriorated since he [Obama] took office.~

Considering the contrived confluence of widespread, wholesale destruction in the looting and rioting which occurred both initially and then directly after the Ferguson grand juries decision to not indict Ferguson police officer Darren Wilson in the death of Michael Brown, just saying that interactions between the white and black communities have deteriorated since Obama took office is a rather obtuse understatement.

If we’re expected to take Obama’s inferred philanthropic optimism for racial harmony at face value, we’d be remiss then not to apply apperception to past chronicles of Obama’s presidency, where correlative circumstances such as we witnessed during the Trayvon Martin shooting of 2012 precipitated this former Chicago community organizers employing his divisive community organizing skills on a national scale. Circumstances where both he and a certain notorious proxy from his rogues gallery administration occupying a strategic position at the Department of Justice were instrumental in helping foment racial discord and hatred for the maligned suspect in the Martin case and consequently divided Americans along racial fault lines. A suspect whom Obama’s regurgitative conveyors of proliferate misinformation in the boilerplate media introduced to us as America’s first white Hispanic, George Zimmerman.

Then fast forward to November 5th, 2014, the day after the 2014 midterm elections which saw Obama’s policies emphatically repudiated and many of the political careers of those Democrat incumbents who supported and advanced those policies smote to ruin by American voters (Y’know, the ones whose stupidity Obamacare architect Jonathan Gruber revealed Obama had relied upon to get his signature piece of health care legislation passed?) in what has come to be known in cliched politico parlance as having been a political bloodbath. We’ve since learned after the fact that Obama had met on that day with Ferguson protesters and protest organizers in a secret meeting in the people’s White House where, according to racism monger Al Sharpton, Obama had allegedly instructed these domestic terrorists to “stay on course“.

A sitting United States president condoning and directing brazen acts of homegrown terrorism from the White House to be conducted on American soil. The same president coincidentally who supported Occupy Wall Streeters and their composite assortment of infractions and criminality. Offenses ranging from everything to creating a public nuisance, drug use, rape, murder, child endangerment, defecating in gutters, on the American flag and on police cruisers to vandalism and creating designated bio-hazard areas wherever these flea infested derelicts would settle in and occupy for weeks and months on end. 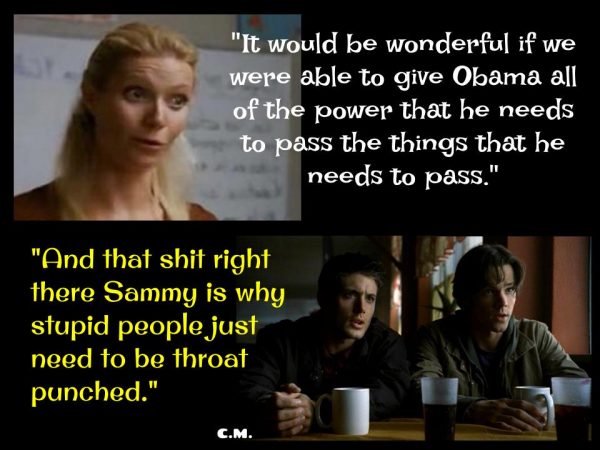 As I’ve iterated before, this is the same president under whom we’ve seen Tea Party members, Evangelical Christians, Catholics and Mormons all designated as being either terrorists, religious extremists or both. Then in the midst of this shifting schizophrenic landscape reality has become, we had Obama lawlessly releasing 5 Taliban leaders from Guantanamo Bay in exchange for a lone Army deserter earlier this year.

And Republicans continue doing NOTHING.

It gets tedious always finding ourselves revisiting Obama’s ghosts of political scandals past (especially when it seems like we only have to wait 5 minutes for a new Obama scandal to manifest itself ), but as tedious as it gets, it’s no less provocative seeing how this political caricature is permitted to get away with so much rubbish again, and again, and again with such licentious abandon. It’s ridiculous hearing the discordant rhetoric of those politicians carping on about Obama’s lawlessness in one breath, yet telling us impeachment is off the table with their next. These idiots are essentially telling us our president is an unstoppable criminal machine in a nation of laws where the lawmakers themselves are incapable of holding him answerable for his criminality. 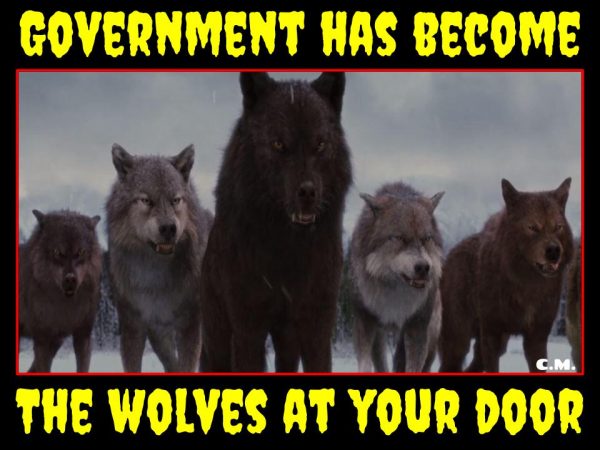 This Bloomberg Poll is really nothing new when it comes to giving a glimpse into the ubiquitous reality communal to those of us who live in the real world, but which you definitely won’t see being reported about on the CBS evening news or discussed in the usual psychotic circles at MSNBC, as back in February of this year we had the economist/yougov.com Poll showing a total of 71% of voters regretted having voted for Barack Hussein Obama’s reelection.

It’s all one more snapshot in this kodachrome collage of Obama craziness.