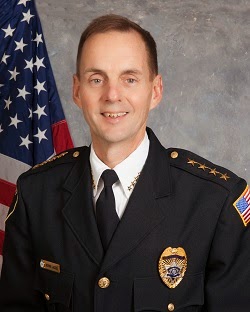 Just when you think the attempts to disarm American citizens couldn’t get any more oppressive or, quite frankly, stupid, the system comes along and tops itself.

In America, the confusion and befuddlement of the general public as a result of incessant propaganda and insidious “entertainment” has taken so much hold that, not only has there been an onslaught of gun laws and “non-profits” demanding them, but there are also backdoor attempts by law enforcement and government agencies to take those guns from the hands of the American people while they are quite warm and alive. Most of these attempts are met with very little resistance.

For instance, only a matter of weeks ago, I wrote an article regarding an attempt by Buffalo police to confiscate guns of deceased “permit holders” during their time of grief.

Now, however, a new contender for the silliest attempt at disarming Americans comes from the Beliot Police Department in Beliot, Wisconsin.

This is because the Beliot Police Department is encouraging citizens to call in and allow officers to search their homes for guns that “might be there unbeknownst to the owners.”

“Gun violence is as serious as the Ebola virus is being represented in the media, and we should fight it using the tools that we’ve learned from our health providers,” he told Wisconsin Public Radio.

Jacobs wants people “to think about gun violence as an infectious disease like Ebola, and a home inspection like a vaccine to help build up the city’s immune system.”

At this point, anyone with two functioning brain cells will either burst into a fit of laughter or let out an involuntary sigh at Jacobs’ statement. Indeed, Jacobs’ metaphors and analogies are so mixed up and the chasm between his logic and reality is so wide that one can scarcely take him or his statement the least bit seriously. Except, of course, Jacobs is serious.

In 2014, this level of respect for American rights is what typifies the average law enforcement official or government office holder. In 2014, such ridiculous statements are made by those who are supposed to be the cream of the crop and entrusted with such important responsibilities as that of Police Chief.

Nevertheless, Jacobs said that he hopes citizens will voluntary agree to the searches and they will “result in the discovery of guns they didn’t know were in their own homes.” He also stated that he believes there is a chance the officers will find guns linked to crimes in the homes. He did not state why he believes an individual who has a gun in his house that has been used to commit a crime would voluntarily allow the police to search his home for guns.

Nor did he explain what would happen if a gun was used in a crime, discovered in a home, and the homeowner subsequently claims he has no idea how the gun ended up there. Will the homeowner be prosecuted? Will the crime be overlooked? Is either option fair?

It has long been said that it is better to say nothing and be thought a fool that to open one’s mouth and remove all doubt. Chief Jacobs has apparently never heard this statement. This much is clear since he continued even further to state that “Maybe we’ll find a toy gun that’s been altered by a youngster in the house — and we know the tragedies that can occur there on occasion.”

Really? An “altered” toy gun? Who are these children that are turning plastic toys into real weapons? They should immediately be located and given engineering scholarships.

It should be clear that Chief Jacobs is not a gunophobe, however. As Kristan T. Harris of the Rundown Live has reported, Beliot Police Department is the proud owner of a Bearcat (PAC), tank, and robot. In addition to all the other military hardware the BPD possesses, the department has also deployed “Shot spotter – a gun shot location device” in the city of Beloit.

The Beloit Police Department’s Facebook page can be found here

The BPD can be contacted at any one of these non-emergency numbers. 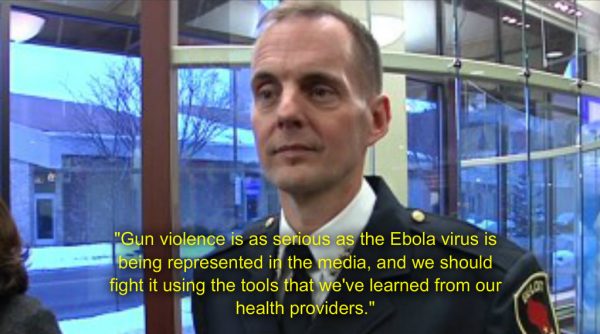