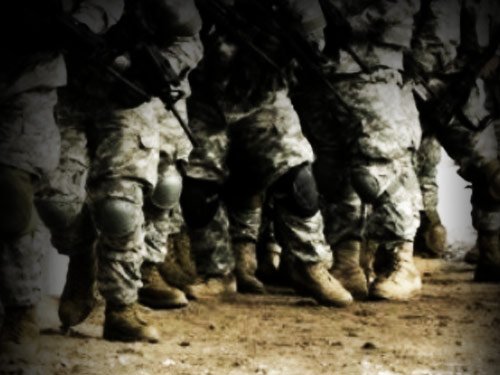 Question: do you even know how many troops America has sent to fight ISIS at this point?

I didn’t until today.

Gosh…you know, it wasn’t so long ago that people were outraged at the thought of a U.S. intervention in Syria. Americans were calling up their Congresspeople en masse to let their voices be heard that NO we didn’t want to go there. Over at Truthstream, we called and called and called Congress, and we reported heavily on how the whole thing would be a lie like so many other banker wars America has fought, and that this one had to do with encircling Russia, more regime change and taking over resources…

Well, it’s a little over a year later and quite obviously we were right, although it wasn’t a hard call to make because it’s pretty much what every war America fights is about. They want to rewrite the map and control everything.

A little over a year later, and now look at where we are.

The American government found its way into Syria one way or another, didn’t it. (That was rhetorical). The “red line” didn’t work, so the boogeymen of ISIS (which our government funded, trained and armed) did the trick.

Who knows what inane BS they would’ve had to make up if that hadn’t done it. Space aliens?

Well now, after repeated assurances there would be no “boots on the ground” and a lot of semantic games about sending over “military advisers,” it has just been announced that we are sending over yet another 1,500 troops to fight ISIS, bringing our total up to 4,600 troops.

Fox also reported that, “Up to 10,800 U.S. troops will remain in Afghanistan for the first three months of next year, 1,000 more than previously planned, said a NATO official who spoke on condition of anonymity to discuss troop deployments.”

Don’t worry, they’re going to remain in “advisory roles” (whatever that means); surely their boots aren’t on the ground. They’re probably either levitating or wearing flip flops. Maybe both.

We’ve also been drone bombing Syria and Iraq. NATO airstrikes have, oh so curiously, targeted oil refineries and grain silos in Syria. You know, “because ISIS” (the new reason that apparently works for doing whatever the government wants to over there these days).

Our government’s strikes have also killed way more innocent people (as per the usual) than actual “targets.” In fact, a report released recently found that even though our president and his administration continue to try and assuage the American public’s fears by claiming our drone program is careful and calculated, of 41 drones strikes aimed to hit specific individuals, a whopping 1,147 people were killed.

Our government can call it foreign policy or whatever it wants to frankly, but we are at war. Again. With “insert bad guy here.”

Does the average citizen even know how many countries we are concurrently drone striking at this point? Does it matter to them? Don’t you think it should?

We’re living through a time when the declaration of war is basically meaningless. America has been at war my children’s entire lives. Hell, I’ve been on this planet over thirty years and I couldn’t find a single one of those years where our government wasn’t up to something war-related somewhere.

And while the government and media is busy here at home stirring the pot on a race war to keep us Americans fighting amongst ourselves over the police state (as if that’s a new thing when it really isn’t and all of us, regardless of race, should be pissed about it), they aren’t really talking about that pesky little WORLD WAR III they’ve been busy working on with Russia over there this whole time…

I wish this nation would wake up and see all that. We made our voices heard last year on a Syria intervention…and it actually worked. This year? They’ve got a lot of people shaking in their boots over ISIS, which again, you do realize was armed, trained and funded by good ‘ol Uncle Sam, right?