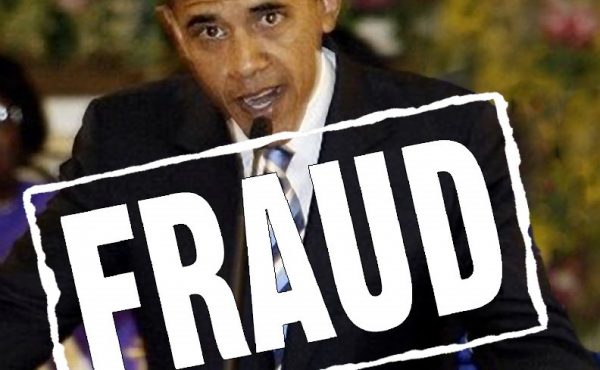 In a recent town hall meeting in Nashville, Tennessee, Barack Obama said that it was still hard for him to engage Republicans on the issue of immigration reform. The reason? According to Obama, it’s because he believes that many Republicans believe he is an illegal immigrant.

As Obama spoke about setting up a legal system that “reflected human nature,” whatever that means, he also said it needed to be combined with the “wisdom of the American people.”

He then threw in the emotional part of his argument by talking about not separating families.

“Now, does that mean everybody is going to listen to me, on the other side,” Obama told the audience, who responded with laughter. “Not necessarily, they’re pretty sure I’m an illegal immigrant.”

“That was a joke,” Obama added.

There is a plethora of evidence that this is no joke, but a serious question that Republicans won’t touch with a 10 foot pole because they might be labeled racists.

He went on to recount the history of the Irish, who immigrated to America.

“Read your history and look at how people talked about Irish immigrants,” Obama said.

I agree, we should look to history for how the Irish came to America. Those who immigrated to America came on their own dime or with the help of a family member. They also had established employment or spent time with whoever paid their ticket to travel to the US in order to learn a trade. They were not on government assistance, nor were they offered government goodies in order to come.

Not only did the Irish have to make their own way, but once they arrived, according to Irish Genealogy Toolkit, those who had traveled Third-class or Steerage, “had to undergo three to five hours of medical and legal inspections.”

“The legal inspection involved checking the immigrant’s identity against the ship’s manifest which had been prepared by the shipping company before departure in Ireland/England,” the IGT website reads. “They were then free to enter the United States and to begin their new life.”

So, they weren’t just let in without making sure they were who they claimed to be and they were checked to make sure they would not be spreading any diseases or be involved in criminal activities.

Obama then chided those who are against amnesty, “Look, immigration, as I said before, has always elicited passion and it’s ironic because unless you are a member of an American Tribe, you came here from somewhere else.”

That is just not true. I’m not from a Native American tribe and I didn’t come from anywhere else except Columbia, South Carolina. Somewhere in my history, there were obviously ancestors that came over from Scotland, but as for me, I was born in the United States of America. And that is true with many of those who are reading this article. We are not immigrants. We are natural born citizens, unlike the man child in the Oval Office.

Addressing those who came in the “right way,” Obama said, “It wasn’t always neat and orderly.

“What happens is once folks are here, we kinda forget that we used to be there,” he added.

Again, I wasn’t there. I suppose Obama’s logic could be used for murderers and thieves too, since “we used to be there.” No, we haven’t, and this is a prime example of people defining the argument without actually dealing with the issue.

Finally, he asked us to do what Hillary has asked America to do, empathize. While I am one that does have sympathy for those that come to America on their own dime and work hard to do well for themselves and their families and contribute to the society, I have no sympathy for those that come and take the goodies from the government, at the people’s expense, bring in disease and will not assimilate into the society, but rather seek to stir up insurrection and live lawlessly.

This is something that Obama and his administration have been clearly engaging in, orchestrated, Asymmetrical warfare that is not lawful, but is lawless.

Until he is called out on that, this will continue to be the spin that gets reported in the media.