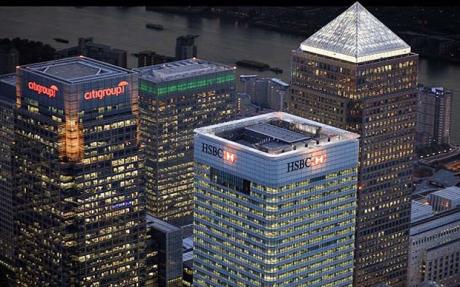 Now that you that you know that your bank account is no longer owned by you, your retirement, 401k, your home and even your freedom is at risk, it is time for you to salvage what you can and then put what’s left of your resources towards surviving what is coming. Literally, your life depends on whether you begin to take your assets out the bank and begin to purchase life sustaining supplies.This article will make more sense if you visit The Common Sense Show website and read the articles posted between November 16-20th.

The Petrodollar is on the verge of collapse. Some are forecasting that the run on the banks could begin at anytime between now and Thanksgiving. I do not make financial predictions and attach dates to the predictions, however, given the volatility of the present market, I feel strongly that one might want to error on this side of caution.

The Death of the American Economy

There was an obscure story which ran three years ago which is receiving scant attention and yet, it is the banking story of the decade. It is the number one banking story in human history. It is the story which will destroy America’s banking accounts. It is the story that spells the beginning of the end of America’s financial empire. This is the end of the America’s financial empire and NOBODY is talking about it. What is that story? First, the prerequisite background.

And this will be looked at as the good ole’ days.

Nearly every publication estimates the derivatives debt to be in the range of one quadrillion dollars to $1.5 quadrillion dollars. Conservative estimates tell us that this derivatives debt, that has been assumed by the governments of the world, is at least 16 times the entire value of the assets of Planet Earth. This generation cannot pay off this debt. Your children, grandchildren and even great-great-great-great-great grandchildren cannot pay off this debt. If the status quo were to remain in place this debt could not be paid off in the 25th century, the 30th century, nor the 50th century. My estimates place the interest on the debt to exceed the entire value of the world’s assets and the interest is increasing far faster than the governments of the world can service the debt. Who is the debt owed to? It is owed to the first movers, the owners of the central banking system. If you want an identifiable target, let’s call the debt owners of the planet the Bank of International Settlement (BIS) along with their henchmen at the World Bank, the International Monetary Fund and their minions at the United Nations. The BIS is collapsing its own banking empire in order to usher in a New World Order which will be discussed later in the article.

The world’s economy has been dealt a fatal blow from which it cannot recover. No amount of budget, belt tightening will ever change this fact. We could literally be taxed at a 100% rate and the derivatives debt and the interest on this debt will continue to increase faster than the nations can pay the debt down.

Bank of America Case In Point

In an obscure, but well reported 2011 event, Bank of America announced it was shifting derivatives in its Merrill investment-banking unit to its depository arm, which has access to the Fed discount window and is protected by the FDIC. This was announced as a news blurb in the main stream media and was prominently reported in the Daily Bail.

This was the single biggest financial event in the history of America. It was bigger than the 1929 stock market crash and it was bigger than the beginning of the bail outs in 2008, but it did not received the banner headlines that it should have received. What does this mean? It means that the Bank of America’s European derivatives are now going to be “insured” by U.S. taxpayers and its two most important financial institutions, the Federal Reserve and the FDIC. What is even more distressing is that the Bank of America did not even seek or receive regulatory approval for this action. This action was simply acted upon on behalf of frightened counterparties. Under the Federal Bankruptcy Act of 2005, the counterparties derivatives debt receive “super priority” when it comes to the disbursement of FDIC insurance payments to failed banks. Where do the rest of us stand in terms of reimbursement for a failed bank? We are in last place. In short, when your bank fails, your money is gone.

Just how serious is the derivatives debt for the Bank of America? The Daily Bail reported that this was a “direct transfer of risk to the taxpayer done by the bank without approval by regulators and without public input . . . “  The estimated total of derivatives debt tied around the neck of Bank of America is a little under $80 trillion dollars and is growing exponentially because of the interest payments. And yet, there is another shocker, JP Morgan Chase is receiving the same undue government benefit with $79 trillion of its  national derivatives debt guaranteed by the FDIC and Federal Reserve.What this means for you and me is that when Europe finally implodes and banks fail, U.S. taxpayers will hold the bag for trillions in insurance derivatives contracts, labeled as credit default swaps (CDS) which were sold by Bank of America and JP Morgan. This is when you will lose all control over your money and ultimately your life, if you are not prepared ahead of time.

As Plain As the Nose on Your Face

When the derivatives debt reaches the point where it causes our debt load to be so great that we cannot even service the interest, all financial institutions will fail. All governments will go into default.  If the Federal Reserve engages in “print money out of thin air policy” to cover the insurmountable debt, as they did with the bailouts in 2008, the resulting hyperinflation will make the German Weimar Republic seem like a prosperous economy. And do you think your money is safe because of the FDIC? Let me repeat, the FDIC, by law, must first pay the derivatives counterparties.

Since the derivatives debt exceed the world’s total wealth by a factor of at least 16, do you now understand how and why you are not getting your money back when EVERY bank fails in the near future?

Just the debt insurance that Bank of America and JP Morgan Chase have obtained from the American people totals nearly $160 trillion dollars. Before you accuse me of being paranoid, first explain how that debt can be paid? IT cannot be paid back, ever! Why? Because the U.S. government only takes in about $2 trillion dollars per year. Since we no longer have any meaningful tariffs on foreign imports. Thanks to the free-trade agreements, the people of the United States have no way to pay back this money. However, the banksters are grasping for breath as they die on the vine. However, they will not go down without a fight.

They are delaying the inevitable crash which will take them down with us. So, they are trying to keep their heads above water by stealing your bank accounts, your pensions and 401K’s. When your money is gone and your life is destroyed, the one solace we can take is that Wall Street will follow us right into the gates of hell as they will not survive either, and this is all by design. The purveyors of the central banking system are as evil as they come. They have set into motion the derivatives scheme so as to destroy all civilization so they can remake this planet in their own twisted image of their conceptualization of a Brave New World (order).

Out of Chaos Comes the New World Order

I have said it before and it bears repeating: The Bank of International Settlement and its henchmen (i.e. World Bank, IMF) and the United Nations want to collapse the existing order on this planet. Their assault upon humanity has begun. They are beginning the demise with collapsing the world’s financial empire. When economies crumble, national governments will fail and then the people will soon come to understand the term, the New World Order.

Transhumanism Is the Final Goal

We are not talking about the creation of just an evil world government. We are talking about the creation of a planetary structure in which most will not survive (see the Georgia Guidestones) and those that do will live in a hellish and biologically transformed slave planet. Without going into great detail here, I would refer you back to the first 30 minutes of the movie, Man of Steel, where the ideals of Krypton will soon be visited upon the Earth in which the inhabitants of this planet will be bred for specific purposes. This new empire will be Satan’s empire and it will be based on their perverted notion of transhumanism.

Under the new transhumanism, you will be bred for servitude and your skill sets will be biologically programmed. In 1932, when Brave New World appeared, it was still science fiction. As my friends Steve Quayle and Patrick Wood can attest to, that day is here. As I write these words we are entering into a Brave New World.

In the meantime, get your money out of the bank while you will can and purchase essentials for your survival, and begin taking your money out today. Buy the essential supplies with your existing bank account and only leave enough money in the bank to service your existing bills. That means on Monday, at work, tomorrow, you need to stop your automatic deposit on your check. If you delay, your ability to feed, water and protect yourself and your family will disappear as the banksters make off with all of it.

You cannot stop what is coming, you can only prepare to try and survive for as long as you can.