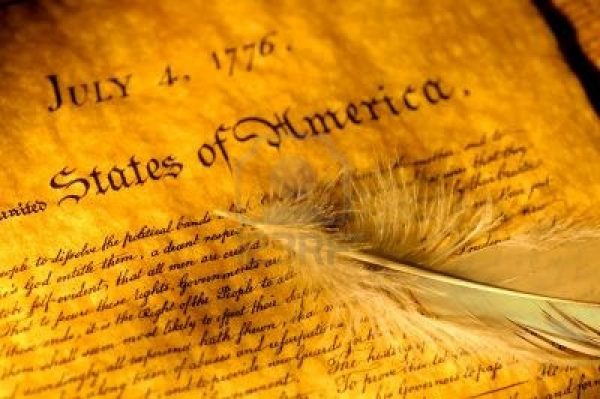 There are seven states including Maryland with language in their constitutions that prohibits people who do not believe in God from holding public office.

And now, according to a recent New York Times article by Laurie Goodstein, a coalition of nonbelievers including atheists, agnostics, humanists and freethinkers, led and primarily funded by atheist Todd Stiefel, says it is time to get rid of these atheist bans because they are discriminatory, offensive and unconstitutional.

Besides Maryland, the other six states with language in their constitutions that prohibit people who do not believe in God from holding public office are Arkansas, Mississippi, North Carolina, South Carolina, Tennessee and Texas.

Mississippi’s Constitution, for example, says, “No person who denies the existence of a Supreme Being shall hold office in this state.”

Mr. Steifel’s coalition, which is known by the name “Openly Secular,” claims that these constitutional requirements are a form of bigotry against those who deny God’s existence.

But before we jump on the bigotry bandwagon, let’s think about this a little more carefully.

Our American system of law and justice is predicated upon the belief that individuals have rights and that the purpose of civil government is to protect and to secure these rights.

Foundational to this system of law, liberty and justice is the belief that these rights come from God.

This “American View” of law and government is found in the Declaration of Independence and it is contained in each and every Constitution of each and every state.

Now, let’s be clear. Mr. Steifel may not believe that there is a God. And no one is forcing him to do so.

And if he doesn’t believe that God-given rights exist, then how would you expect him, if elected, to defend and protect those rights?

You see, when someone is elected to office he swears an oath to protect and defend the Constitution and the God-given rights that are secured thereby. To elect someone who does not believe that God exists, is to ask them to do that which is impossible for them to do.

The drafters of our state constitutions understood this simple logic and so they included these provisions designed to protect us from officeholders who do not share the American philosophy of law and government.

Think of it this way.

Suppose instead of not believing in God, Mr. Stiefel informs us that he does not believe that there exists a city called Cincinnati, Ohio.

By not believing in Cincinnati, Mr. Stiefel breaks no law that we can punish him for.

But now suppose that a few of us have decided to take a bus trip to visit Cincinnati. We advertise for a driver for the bus and Mr. Stiefel answers our advertisement.

Is Mr. Stiefel qualified to drive us to Cincinnati?

Do you see the problem? Once he started the bus, what would Mr. Stiefel do next? How would he get us to a place the existence of which he denies?

Of course he is not qualified. He not only doesn’t know the way. He doesn’t even believe that there is a way. He is not qualified to take us to a place that, in his own mind, does not exist.

So this constitutional requirement that an office holder must believe in God is a logical and consistent protection against those who might drive our constitutional republic in a bad direction.

This isn’t about discrimination or bigotry. It’s about ensuring that those holding office in America are committed to the true, lawful, American philosophy of government.

Learn more about your Constitution with Jake MacAulay and his Institute on the Constitution and receive your free gift.