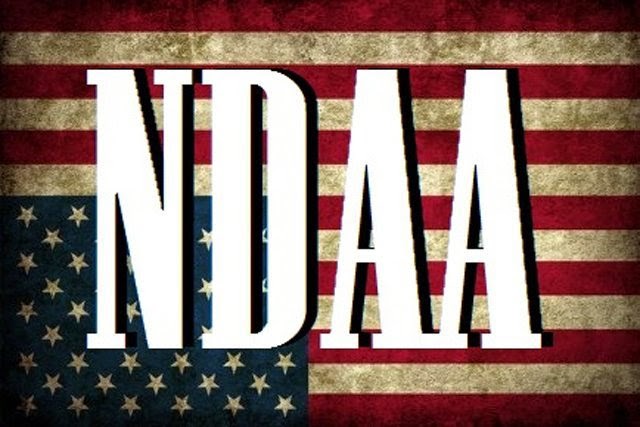 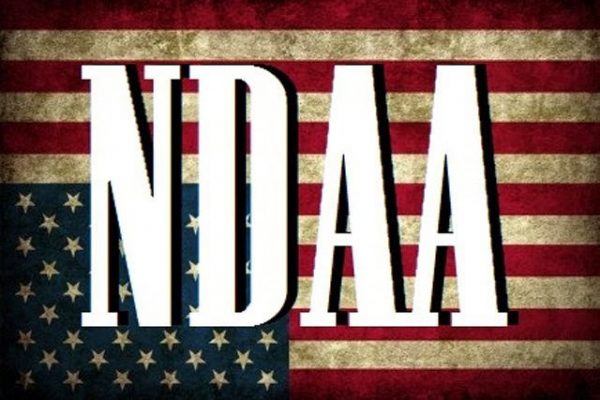 The National Defense Authorization Act (NDAA) seems to be the catalyst each year for passing tyrannical laws that couldn’t stand on their own without its cover of “defense.”

Previous NDAAs gave us an open declaration of war on US citizens, indefinite detention without due process, and funding for the domestic spy grid and police militarization.

Buried deep in this year’s 1600-page NDAA (likely that not one lawmaker even read) is a massive federal land grab for special interests.

The measure includes about 70 public lands projects, including the first national monument status for ice age fossil beds in Nevada, protection for about 275,000 acres of Montana’s rugged Rocky Mountain Front and a land swap that clears the way for a controversial southeastern Arizona copper mine.

Meant to be a compromise between environmental groups and business interests, the package would designate 245,000 acres as wilderness while simultaneously conveying more than 110,000 acres out of federal ownership for economic development, including mining, timber production and infrastructure improvements.

Some of the trade-offs drew the ire of environmentalists, who criticized what they viewed as federal give-aways to oil, gas and mining interests, particularly an underground copper mine on Arizona land prized by Native Americans. Others opposed expanded livestock grazing that could harm the habitat for the sage grouse and other sensitive species.

That’s right, Americans are having private land taken because it’s being designated as sensitive “wilderness” only to sell rights to some of that land to special interests like miners and frackers.

The US Forest Service allows fracking in public forests throughout the nation. The first national forest on the East Coast recently overcame pesky environmental complaints to push forward with fracking.

Over the objection of environmental groups and Virginia’s governor, a federal management plan released on Tuesday will allow a form of natural gas drilling known as fracking to occur in parts of the largest national forest on the east coast.

The US Forest Service originally planned to ban fracking in the 1.1m-acre George Washington National Forest, but energy companies cried foul after a draft of the plan was released in 2011. It would have been the first outright ban on the practice in a national forest.

“We think we’ve ended up in a much better place, which is we are allowing oil and gas drilling,” Robert Bonnie, the US Department of Agriculture’s undersecretary for natural resources and environment, told the Associated Press in a telephone interview.

“From a policy perspective, the Forest Service allows fracking on forest lands throughout the country. We didn’t want to make a policy decision or change policy related to fracking. This decision is about where it’s appropriate to do oil and gas leasing.”

Land in national forests is commonly leased out for commercial and recreational purposes, such as mining, timber and skiing.

Some believe that fracking leases was the direct motivation for BLM raid of the Bundy Ranch in Nevada earlier this year.

Mike Adams of Natural News investigated the connection and reported:

The Bureau of Land Management says its 200-man armed siege of the Cliven Bundy ranch in Nevada is all about protecting an “endangered tortoise.” But a Natural News investigation has found that BLM is actually in the business of raking in millions of dollars by leasing Nevada lands to energy companies that engage in fracking operations.

This document from the Nevada Bureau of Mines and Geology(1) shows significant exploratory drilling being conducted in precisely the same area where the Bundy family has been running cattle since the 1870’s. The “Gold Butte” area is indicated on the lower right corner of the document (see below), and it clearly shows numerous exploratory drilling operations have been conducted there.

After the BLM siege of Bundy Ranch failed in spectacular fashion, the feds are back to claim the property citing it as an “Area of Critical Environmental Concern.”

Others have pointed out that Senator Harry Reid has lucrative land deals and energy investments with a Chinese solar firm on the exact land that is now of critical concern.

Massive private land grabs and putting a rancher out of business for frackers is not what environmentalists envisioned when they support protecting land.

Americans have the strange belief that when the federal government claims ownership of land that citizens have ownership of that land. Nothing could be further from the truth.

As I illustrated in my article No Foraging in the King’s Forest Because It Hurts the Peasants, you don’t own that, just like Obama told you.

Is all government land “public”? Of course not. Try hiking around the NSA data center in Utah and see what happens. Try entering Yellowstone National Park without paying the $25 entry fee and see what happens. As a taxpayer (peasant), you have absolutely no rights to that land, therefore you and other citizens are not the owner of that property – but you did pay for it.

The simple truth is if you don’t have a right to use the land, you don’t own it. Claiming that not paying our fair share for using the king’s land (including our own homes) is akin to treason against the kingdom is a colossal mind-control victory for our rulers. People who believe this truly cannot see the chains that bind them.

Don’t you see that paying for permission to walk in a “public” forest actually turns it into a private forest? The owner is the US government’s creditors and their crony profiteers, not you.

Environmentalists need to WAKE UP and stop supporting the government’s land “protection” agenda.