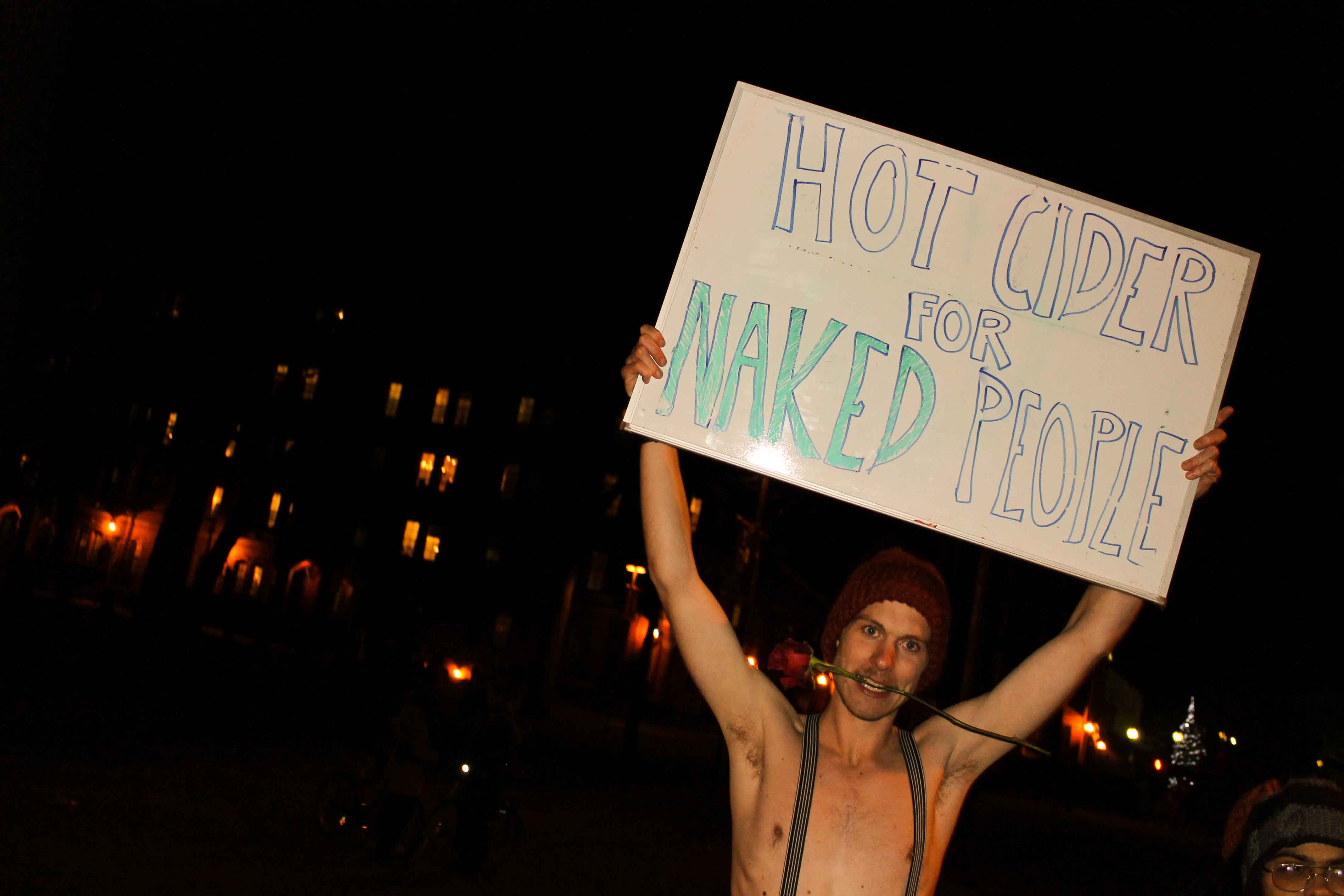 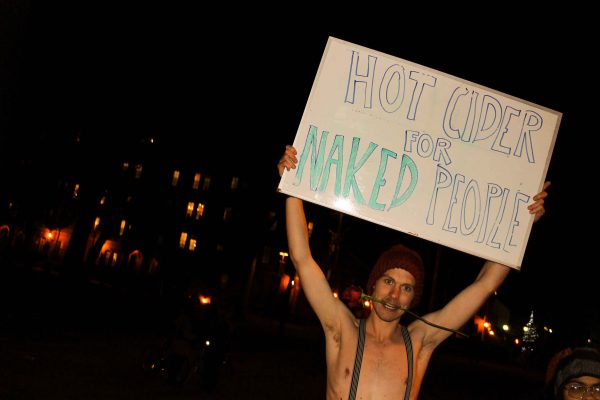 Imagine going out for a brisk run, made a little more brisk because you happen to be totally naked, and stumbling upon a bunch of belligerent Michael Brown (and Eric Garner) supporters who have the audacity to ask you for silence.

What a buzz kill?

Note: They probably don’t drink much Jack Daniels at Harvard.

Only at one of our nation’s finest institutions of higher learning do such clashes occur and the rest of America watches intently and hopes to gain insight. After all, these are America’s future leaders.

I don’t even know where to begin with this story, so let’s just turn it over to The Crimson:

A group of about 30 students attempted to hold a silent demonstration in the first minutes of Primal Scream, a biannual naked run around Harvard Yard, early Thursday morning, inadvertently leading to a chaotic exchange of words and gestures that reversed the usual direction of the run and left many questioning the significance of the heated interaction.

The run is a College tradition in which students, at times inebriated, run naked around the Yard on the eve of the first day of exams. It usually attracts more than a hundred participants.

Protesters said that their goal was not to protest Primal Scream itself, but to hold a four-and-a-half minute period of silence before the run for Michael Brown of Ferguson, Mo. and Eric Garner of New York—two unarmed black men who were killed by white police officers this summer—and to join in solidarity for people around the nation who have experienced racism. The organizers of the demonstration had posted a Facebook event describing their plans for the protest ahead of the event.

While protesters said they felt ignored and angered by the actions of Primal Scream participants, several students in the run said they could not see nor hear the protesters because of the noise and nature of the gathering, with some saying they would have participated in the protest if they had known about it in advance.

About ten minutes before the intended start of the run at midnight, the group of protesters convened near Harvard Hall on the path encircling the Yard and held signs, one of them reading “Black Lives Matter.”

Evidently some feelings were hurt and some things were said. In the end nothing was accomplished, as with pretty much ALL protests, except for getting a bunch of leftist clowns pasted all over Twitter and featured on Drudge Report.

The greatest lesson to be learned here is in the evolving strategy of the Brown supporters.

What better way to draw attention and raise awareness to this racist police state (sarcasm) than to gather at midnight and not utter a word? Let them hear you by saying nothing. Let them see you by hiding under cover of night.

Actually if public awareness was their goal, they got it. But Michael Brown and Eric Garner are not the story. The story is the protesters. Any publicity is good publicity, right?

Maybe the Brown protesters like to throw back a few as well because this plan doesn’t seem like it was very well thought out.

Don’t even start to mount your high horses and tell me that you were not interfering with “Primal Scream.”

They were going to be the only captive audience you had at midnight and you knew that. Maybe some showed up just to see the dangling body parts. Nothing wrong with a little public indecency in liberal America.

If I were “drunk naked running guy” I might get a little uptight too. This has to be one of the dumbest stories I have heard in a long time.

And again, the only reason it is worthy of repeating is because these are the future leaders of America.

These people will be running your country some day.