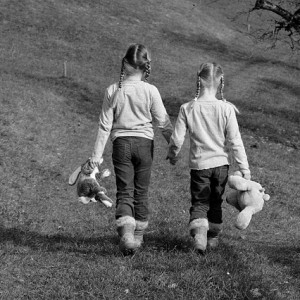 Did you know that 65 percent of all children in the United States live in a home that receives aid from the federal government?  We live at a time when child poverty in America is exploding.  Yes, the U.S. economy is experiencing a temporary bubble of false stability for the moment, but even during this period of false stability the gap between the wealthy and the poor continues to rapidly expand and the middle class is being systematically destroyed.  And sadly, this is having a disproportionate impact on children.  This is happening for a couple of reasons.  First of all, poorer households tend to have more children than wealthier households.  Secondly, most people tend to have children when they are in their young adult years, and right now young adults are being absolutely hammered by this economy.  As a result, things just continue to get even worse for children living in this country.  Here are 14 facts that show that the number of children in America living in poverty this Christmas is at an all-time record high…

#1 The National Center for Children in Poverty says that 45 percent of all U.S. children belong to low income families.

#2 According to a Census Bureau report that was released just this week, 65 percent of all children in America are living in a home that receives some form of aid from the federal government…

“Almost two-thirds (65 percent) of children,” said the Census Bureau, “lived in households that participated in at least one or more of the following government aid programs: Temporary Assistance for Needy Families (TANF), the Supplemental Nutrition Assistance Program (SNAP), the Special Supplemental Nutrition Program for Women, Infants, and Children (WIC), Medicaid, and the National School Lunch Program.”

#3 According to a report recently released by UNICEF, almost one-third of all children in this country “live in households with an income below 60 percent of the national median income”.

#4 When it comes to child poverty, the United States ranks 36th out of the 41 “wealthy nations” that UNICEF looked at.

#5 An astounding 45 percent of all African-American children in America live in areas of “concentrated poverty”.

#6 40.9 percent of all children in the United States that are living with only one parent are living in poverty.

#8 It is hard to believe, but right now 49 million Americans are dealing with food insecurity.

#9 According to a report that was released last month by the National Center on Family Homelessness, the number of homeless children in the United States has reached a new all-time high of 2.5 million.

#10 There are more than half a million homeless children in the state of California alone.

#11 One recent survey found that about 22 percent of all Americans have had to turn to a church food panty for assistance.

#12 This year, almost one out of every five households in the United States will go through the holiday season on food stamps.

#13 One of the primary reasons why kids are suffering so much is because their parents are simply not making enough money.  This is especially true for parents of young children.  For example, check out the following numbers from the Atlantic…

Since the Great Recession struck in 2007, the median wage for people between the ages of 25 and 34, adjusted for inflation, has fallen in every major industry except for health care.

These numbers come from an analysis of the Census Current Population Survey by Konrad Mugglestone, an economist with Young Invincibles.

In retail, wholesale, leisure, and hospitality—which together employ more than one quarter of this age group—real wages have fallen more than 10 percent since 2007. To be clear, this doesn’t mean that most of this cohort are seeing their pay slashed, year after year. Instead it suggests that wage growth is failing to keep up with inflation, and that, as twentysomethings pass into their thirties, they are earning less than their older peers did before the recession.

#14 Overall, the quality of the jobs in America continues to decline.  At this point, most Americans do not bring home enough income to support a middle class lifestyle for their families.  Below I have shared an excerpt from an article that I published a while back…

The following are some statistics about wages in the U.S. from a Social Security Administration report that was recently released…

In addition to all of these numbers, there is also a lot of anecdotal evidence that families with children are really struggling right now.

For example, McDonald’s has traditionally been a place where poor and middle class families have taken their children for a cheap meal.  But the restaurant chain just released the worst sales numbers that we have seen in more than a decade.

And the really bad news is that this is just the beginning of the economic pain for families with children.  The U.S. economy is in a bubble period right now, and the authorities have been trying with all of their might to keep the bubble inflated.

Just imagine a bodybuilder that is pressing with all of his might to do one more rep on the bench press.  That is essentially where we are at.  In a recent piece, Brian Pretti summarized some of the extraordinary measures that global central banks have taken to keep the economic bubble inflated…

Since early 2009, central banks globally have printedmore than $13 trillion. In addition, governments across the planet have increased their borrowings at historic proportions (the US just crossed $18T – another new high!), all in an effort to stimulate economies and avoid deflationary pressures. Total US Federal debt has more than doubled in five years, an increase of $9.5 trillion and counting.

Despite all of these efforts, the best that we have achieved is economic stagnation.

And now it is becoming clear that the overwhelming deflationary forces around the globe are starting to win the battle.  The central banks have used up their ammunition and they still have not turned things around.  In fact, as Ambrose Evans-Pritchard so eloquently put it recently, what we see all around us is “evidence of a 1930s-style depression, albeit one that is still contained”…

What is clear is that the world has become addicted to central bank stimulus. Bank of America said 56pc of global GDP is currently supported by zero interest rates, and so are 83pc of the free-floating equities on global bourses. Half of all government bonds in the world yield less that 1pc. Roughly 1.4bn people are experiencing negative rates in one form or another.

These are astonishing figures, evidence of a 1930s-style depression, albeit one that is still contained. Nobody knows what will happen as the Fed tries to break out of the stimulus trap, including Fed officials themselves.

But will it still be contained once the next major financial crash strikes?

As I discussed yesterday, there has never been a time when conditions have been more ideal for a financial crisis since the last one happened in 2008.

So as bad as things are for the children of America right now, they are only going to get worse.

In the years ahead may we all have great compassion for these victims of our incredibly foolish economic mistakes.