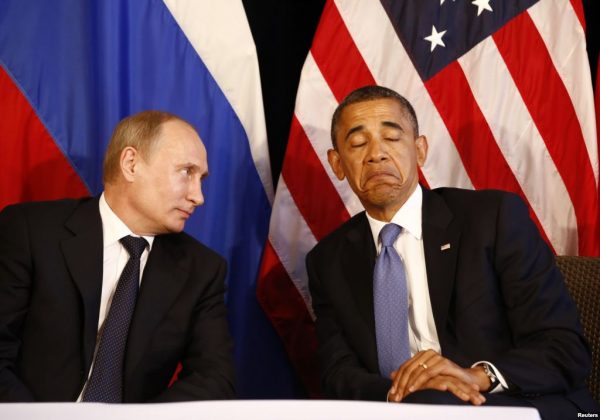 America only has a birth rate of 1.8 among its natural born citizens. A birth rate of 2.1 is needed to maintain the population. Subsequently, America needs immigrants to maintain a 2.1 birthrate. Yet the way we are going about it, is self-destructive. The Russians, again, are doing something related to national defense in a much more pragmatic and efficient manner.

America desperately needs to maintain its birthrate because we require numbers of people, for example, to push through social security and support Medicare. An ever-decreasing population would prove devastating to our service economy which is predicated on having growing numbers of consumers. A shrinking population would prove devastating to this end. However, the approach that this administration is applying to American immigration is very detrimental to the maintenance of America.

Unlike America, Russia tightly controls who can “legally” immigrate across its borders. Russian immigration policies do not allow cheap foreign labor to enter Russia and take away jobs from Russian citizens in the same manner that we are witnessing in America.

Has Putin Allowed a Paramilitary Invasion of Russia?

Russia is not a nation that is being undermined from within in the same manner as the United States where we have allowed career criminals from the untold numbers of Middle Easterners who support the application of Sharia Law in lieu of the Constitution, Sinoloa’s Mexican drug cartel, the largest drug cartel in the world, the Sanchez-Paredes cartel and MS-13 free access to America. Last summer, my border patrol contacts told me that they were required to process MS-13 as anyone else and allow them enter the country. MS-13 are the assassins for the Mexican drug cartels. As I reported, via a DEA contact, MS-13 is trained in paramilitary tactics in San Salvador, prior making their way into the United States. This has prompted analysts, such as myself, to predict that these forces will be used to wreak mayhem on “uncooperative” American politicians, police chiefs, city council members, mayors and even Congressmen by these thugs who behead their victims in the same manner as ISIS. According to my DEA contact who had first hand contact with the Sanchez Paredes in Peru, their leaders are allowed unfettered access to the United States. Does anyone thing that Russia is allowing similar groups into their country?

Let’s consider the public drug trial of Jesus Vicente Zambada-Niebla.  Agents.“Jesus Vicente Zambada-Niebla, the Sinaloa cartel’s “logistics coordinator” and son of a principal Sinaloa leader, asserted in court documents that a Sinoloa leader, Guzman, is a U.S. informant and Sinaloa was “given carte blanche to continue to smuggle tons of illicit drugs into Chicago.” Subsequently, drugs are being sold to our kids with a Department of Justice seal of approval. In no way, shape or form is this happening in Russia.

The Sinoloa drug cartel is aligned with Hamas and Hezbollah. This means that there cannot help but be terrorist cells inside of the United States. When it comes to fifth column forces entering a country, the Americans have a major challenge, the Russians have prevented this from becoming a challenge.

We have allowed numerous Russian soldiers on American soil. Conversely, how many American soldiers has Putin allowed to train and run free in Russia?

When a Russian immigrant enters their country, as part of the standard Personal Work Permit application process, employees are required to undergo a medical examination. There is no such thing as “Dreamers” or Amnesty in the Russian immigration system.

In the most recent immigrant invasion of the United States, many health professionals, including Dr. Jane Orient, expressed concern because immigrants were not health screened and they were subsequently exposing Americans to untold illnesses. The situation became so grave that the Border Patrol began to wash their work clothes at work in order to protect their families from disease transmission.

A pandemic could have a foothold on our country through illegal immigration and our failure to quarantine and medically examine all immigrants, unlike the Russians.

Self-Destructive Cultural Sensitivity Is Not Practiced in Russia

The term “Press two for Spanish”, or in any other language would never be heard in Russia. In Russia, there is no such thing as “political correctness”.

Unlike Immigrants coming to America, Russians are required to submit proof of knowledge on Russian language, history and law as part of the application for initial and renewal work permits. All immigrants who work inside of Russia must pass rigorous exams on Russian language, history, government and law. If the applicant fails to provide proof of mastery in these areas, their Work Permit is revoked. In other words, the Russians are not practicing the Obama brand of multi-culturalism that is so fervently embraced by the present administration.

With regard to immigration, the Russian government demands pre-approval for nationals from countries of high migration risk, such as India and Pakistan. An immigrant’s quota application could be rejected under the following conditions:

Is not properly registered

Has been charged with crimes

No corporation can ever get foreign immigrant labor approved in Russian is they have ever paid a salary “below the living standard of the region”. Or, have exceeded the quota of foreign employees that applies to a particular industry.

The Russian government is not allowing known terrorists (e.g. the Sinoloa drug cartel, MS-13, Sanchez-Paredes, Hamas) to enter their country. The Obama administration is not only allowing this kind of terrorist penetration into the United States, they are facilitating the process with our lax border policies.  Putin uses immigration to supplement employment shortages in key areas. Obama is using illegal immigration to take away jobs from American citizens. All immigrants must acculturate to the Russian culture and society. Under Obama, Americans and our culture are supposed to accommodate persons who have entered our country illegally. Amazingly, Obama is paving the way for illegal aliens to collect social security after they are already collecting food stamps, welfare and free medical care.  This is how a nation crumbles from within. Putin is not leading a self-destructive charge against his own people. Unfortunately, Obama is everyone else’s best friend, all except for the American people.

How many people from third world nations can we take on before we become the newest third world nation? Our infrastructure and social services are overwhelmed. Our national security is undermined. In Russia, we are are not hearing their citizens called racists when they advocate for border security.

This is the way Rome fell and Putin and the rest of the Russian leadership must find great humor when they look at their main adversary self-destruct right before their eyes and the Russians haven’t even had to fire a shot in order to gain world dominance.

America is in her last days as a world power.

Press one for common sense