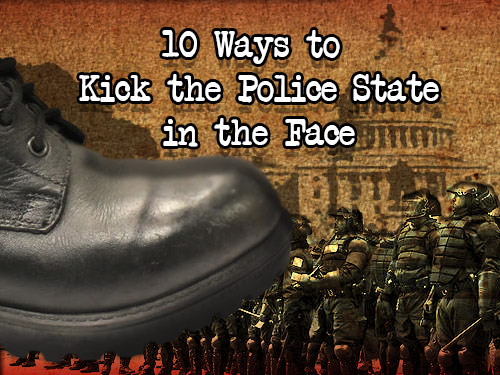 The government claims it has the right take responsibility over every aspect of our lives. They like to make us think that we can’t take care of ourselves, and they love to reassure us that they have everything under control. They tell us what we can have in our food and water, what our kids learn in school, and what constitutes medicine and healthcare. They regulate how our cars and homes should be built, and they dictate the value of our money. They hold a monopoly over the use of violence, and use their courts, police, and spy networks to enforce all of these rules, and many more that too numerous to be mentioned here.

But if there is one thing they must do above all else, they must make you feel small. Regulating every stitch of your life isn’t just an act of vindictive power tripping, it’s also designed create an invasive web of reminders. They want every item you possess, every social interaction you hold dear, and every thought in your head to carry the subtle influence of their deeds, so that you cannot look anywhere without being reminded of the government’s god-like power.

However, not all of us are so easy to fool. We know that our authority figures are mere flesh and blood, and we won’t take their violations sitting down. To celebrate those of us who still refuse to submit, and are always looking for new ways to rebel against our lofty overlords, I’ve decided to compile a list of items you can use to stick it to the man.

They range in price and effectiveness, depending on how far you’re willing to go to protect yourself or make statement (and some may get you into trouble, so tread carefully). So without further ado, below are 10 awesome items you can use to resist the police state.

“Come Back with a Warrant” Doormat 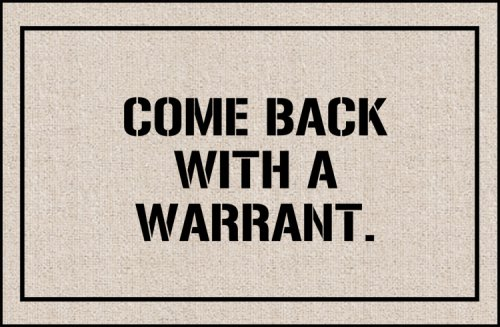 Perhaps you’re not ready for the big leagues yet. You’re just getting the hang of this whole “stick it to the man” deal, and need a quiet way to let everyone know how you feel. Well, nothing will make your opinion as crystal clear as the Come Back With a Warrant Doormat. And if you think this only has novelty value, think again. 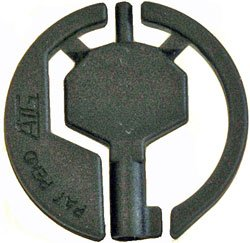 This disposable key can clip onto your clothing, and is nearly impossible to detect during a body search. The plastic is soft enough to break the clips when you’re ready to use it, but is still strong enough to undo any handcuff mechanism. While it is legal to carry in most jurisdictions, actually using a concealed handcuff key is probably illegal to use in most situations, if you catch my drift. Carry and use at your own discretion. 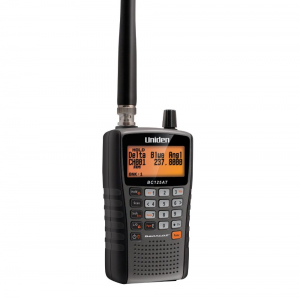 Nothing puts the “public” in public servant like a good police scanner. We have every right to hear what goes on between police officers and their dispatch, even if they don’t really like the idea of every Tom, Dick and Harry listening in on their communications. If the NSA can listen in all of your conversations, there’s no reason you shouldn’t return the favor.

In addition, radio scanners are a great way to receive critical news when the power is out. You’ll be able to get weather, fire, and road accident reports, and listen in on the police, ambulances, and the civil air patrol in your area. 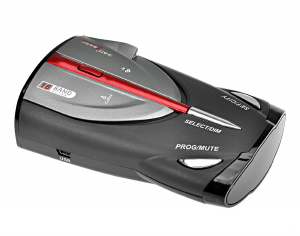 One of the most irritating aspects of modern police is their reliance on tickets to generate revenue for their department. You don’t even have to do anything wrong or unsafe to be busted. The law is the law, and if they catch you going 5mph over the speed limit, you can your bottom dollar (and your last dollar) that they’ll fleece you for everything they can get.

And god forbid you have a large sum of cash in your vehicle. They might just use civil forfeiture laws to take the cash and your car. Of course, if you had a radar detector, there’s a good change they wouldn’t catch you in the first place. This is an especially good idea if you’re heading out on a road trip, and need to drive through one of those notorious small town speed traps. Just keep in mind that these devices are not legal in every state, so be sure to check your local laws before purchasing.

How to Disappear: Erase Your Digital Footprint, Leave False Trails, And Vanish Without A Trace 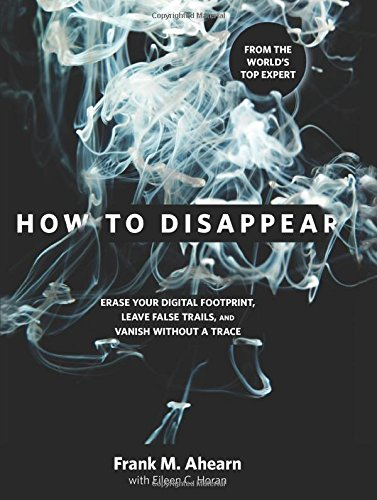 Nothing says freedom like disappearing from the system altogether. Is it hard to do? You betcha. But it’s something you may have to do someday if life deals you a bad hand. How to Disappear was written by a former skiptracer; someone who is hired by bounty hunters and collection agencies to find folks who’ve gone off the reservation. I’ve read it twice, and it is one of the most informative and detailed books ever written on the subject.

While it is written for stalking victims and people who are trying to escape their debts, it is a must read for anyone who is trying to protect their privacy from the government. However, if you’re currently thinking about jumping off the grid, take the books first word of advice and don’t buy it online. Pay for it in cash at a bookstore instead. You’d surprised by how many ways they can get to you. 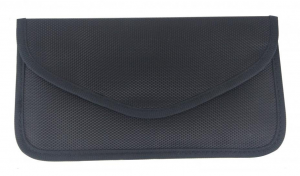 One the biggest vulnerabilities to your privacy, is your cell phone. In truth, our phones are riddled with back doors that allow the government to listen in on your conversations, even when the phone is turned off. And of course, there is the risk of cancer that may be caused by the radiation emitted from you phone. Fortunately, all of these problems can be solved by a signal blocker. This simple pouch can block any incoming or outgoing radiation from your cell phone, making it impossible for you to be tracked or to receive calls. If you’re ever heading somewhere you don’t think the government would like you to be, but you can’t part with your cell phone, the signal blocking cell phone case is your best option. 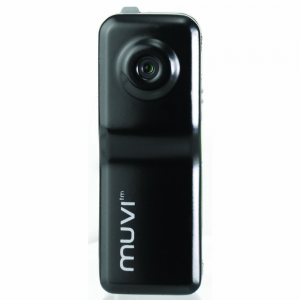 After the death of Michael Brown, there has been a widespread campaign to issue body cameras to all police officers. What most people don’t realize is that having the police film you isn’t doesn’t guarantee your safety or your rights. It’s up to individual police officers to decide when they should turn on the camera, and gaining access to the footage isn’t guaranteed. However, there isn’t anything stopping you from carrying your own body camera. If you want to protect your rights and validate your testimony in court, having your own camera is the best way to go. 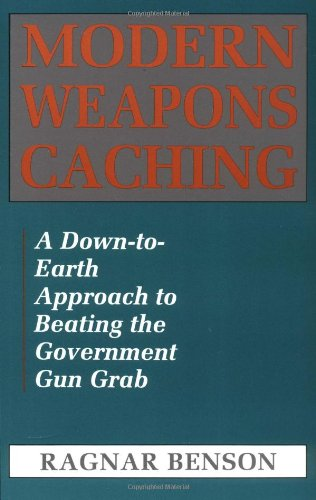 Despite its age, Modern Weapons Caching is still considered one of the best books on the subject of hiding firearms. The book is full of knowledge from guerrilla armies like the Viet Cong and French Resistance, and even teaches you how to keep your weapons from being found by metal detectors. This is simply the best book on how to safely bury and preserve your guns, should the government ever decide that you don’t deserve them. 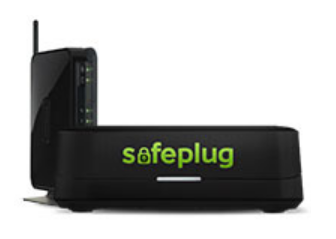 As time goes on, the internet has become more of a hunting ground for governments, corporations, and thieves, who are all competing to get a hold of your private information. Currently there are several anonymous web browsing devices in development, but only is currently available for purchase. The Safeplug is a router that automatically directs all of your internet browsing through the Tor network. It works by anonymizing your IP address, making it nearly impossible for anyone to track you online, and doesn’t require you to download anything. Although anyone can download Tor for free, the Safeplug does all the work for you, and is a more user-friendly way for you to surf the net anonymously. 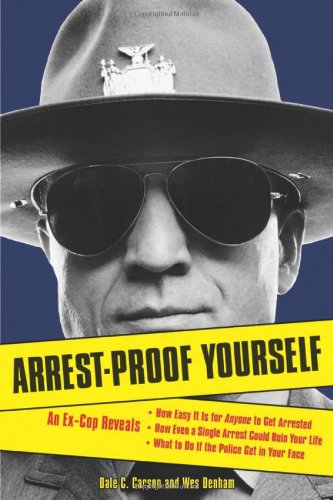 If there’s one thing that should be on every American’s book shelf, it is Arrest-Proof Yourself by Dale C. Carson. Written by a former police officer, Dale Carson gives a stunning inside look into America’s so called “Justice” system. He reveals the best ways for you to communicate with police (or not), and how to keep your butt out of jail. With the United States slowly eroding into a Police State no one is safe from arrest, and this book might just save your life, and your freedom.