Next month Americans will experience the fifteenth anniversary of the time that the President of the United States shook his finger at the country and informed it, “I did not have sexual relations with that woman, Miss Lewinsky. I never told anybody to lie, not a single time; never.” 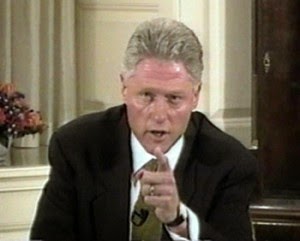 Bill Clinton was lying. But the lie was more significant than the thing that he was lying about.

When the lie came crashing down, Clinton and his defenders deconstructed the English language, questioning the meaning of every word in his sentence rather than admit that the lie was a lie.

Given a choice between telling the truth or challenging the definitions of such words as “sex” and “is”, they decided to burn their dictionary.

Clinton’s antics set the stage for a current administration which can never be caught in a lie because it’s lying all the time. Obama and his people don’t just lie, they lie about the lies and then they lie about those lies. Bringing them in to testify just clogs the filters with an extra layer of lies.

Invite Gruber to testify about the time that he admitted that the administration had been lying and the only thing that will happen is more lies being told by a man who is there only because he lied.

Lena Dunham served up a rape accusation against a conservative Republican named Barry only to hide behind the ambiguity of being an unreliable narrator. The unreliable narrator likewise takes the stage at the University of Virginia where a high profile case has dissolved into contradictory stories in which it becomes difficult to tell whether it was the reporter or her subject who was doing the lying.

The unreliable narrator has crossed over from a fictional device in novels to memoirs, journalism and into politics. Journalists repeatedly dismissed ObamaCare scandals by arguing that no one could have taken Obama’s claims at face value anyway. When Obama promised Americans that they could keep their doctors, the housewife in Topeka, the freelance programmer in San Francisco and the geologist in Tulsa were supposed to be as knowing as the Washington press corps and realize that he didn’t mean it.

Like Lena Dunham, Obama was an unreliable narrator. No one was ever supposed to expect the truth from him. The significance of Bill Clinton was not in his affairs, but in his cynicism. He got away with lying by dismissing the idea that anyone should have ever expected the truth from him. Obama expanded on his work by eliminating the base truth underneath the lies.

The device of the unreliable narrator puts truth out of reach. It says that there is no such thing as truth, only various perspectives on an event.

Lena Dunham doesn’t claim to be providing facts, only different versions of a story. The facts themselves cannot be retrieved because there are no facts. The man in question is no longer named Barry. Every descriptive detail about him might be equally false. The whole thing may never have happened, but it’s important to believe that it happened without ever expecting it to be true.

This is the Doublethink state of our progressive Oceania. We are expected to believe a lie while remembering that it’s a lie and therefore never really fooled us or caused anyone any harm.

We were supposed to believe Obama’s assurances about ObamaCare while knowing them not to be true. We are supposed to believe Lena Dunham and Jackie and Gruber while disbelieving them. “The essential act of the Party is to use conscious deception while retaining the firmness of purpose that goes with complete honesty,” Orwell wrote. 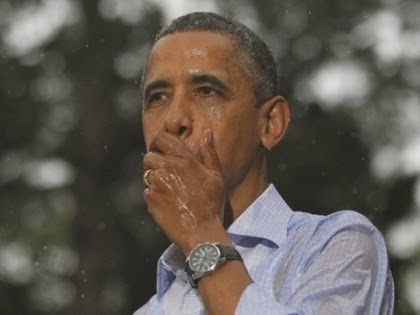 The conscious deceptions of the modern Doublethinkers depend on them telling a lie in the service of the greater truth. That pursuit of a greater truth built out of lies is what motivated a Rolling Stone article about fraternity rapists that even Mike Nifong would have turned his nose up at or Gruber’s arrogant truths about lying. The greater truth gives them the firmness of purpose and the complete honesty.

Lena Dunham in BuzzFeed, the apologists for ObamaCare and the activist cheerleaders for Rolling Stone, insist that the facts are a technicality that is obstructing the greater truth. And the greater truth is a worldview that is out of the reach of facts and can never be disproven.

Obama is the nexus of Doublethink. He is the man whom reporters have denounced as the greatest enemy of press freedom in a generation and whom they compulsively defend with every possible lie. Why do journalists protect and serve the man who threatened them, bugged and even tried to lock them up? They too have long ago become unreliable narrators of their own profession.

In the absence of facts, there can be no reality. There is only ideology.

When he came into office Obama insisted that we had to pivot to fighting Al Qaeda in Afghanistan even though it was no longer in Afghanistan. He went on claiming victory over an enemy that didn’t exist while dismissing ISIS as a jayvee team even when it was capturing entire cities in Iraq.

These weren’t mere lies. This was a foreign policy being conducted in an imaginary territory. It was Wag the Dog being played out in real life. But then again what is real around Obama anyway?

Bill Clinton lied. Obama tells stories. None of these stories have anything to do with reality. Lena Dunham’s biography is a peek into a disordered mind that is incapable of grasping the concept of truth. In her world there are no facts, only stories that elicit emotional reactions. Obama’s entire career rests on the same technique of telling stories for emotional effect without any regard for reality. 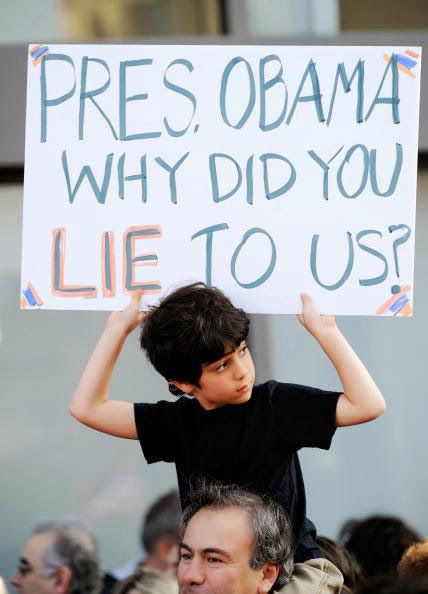 America had prospered because of a firm belief in a discoverable and exploitable reality. That was the country that could build skyscrapers and fleets in a year. Post-Truth America has little interest in big buildings because it’s too busy enacting a psychodrama in which the earth is about to be destroyed. And fleets, like horses and bayonets and facts, are 19th century toys that are much less interesting than the manipulation of people through lies and deceit.

Lena Dunham’s Barry and Obama’s Barry are both imaginary creatures. They are the sophisticated products of disordered minds and a disordered civilization whose leading figures lie as instinctively and as shamelessly as any pre-rational culture that could not distinguish between lies and truth.