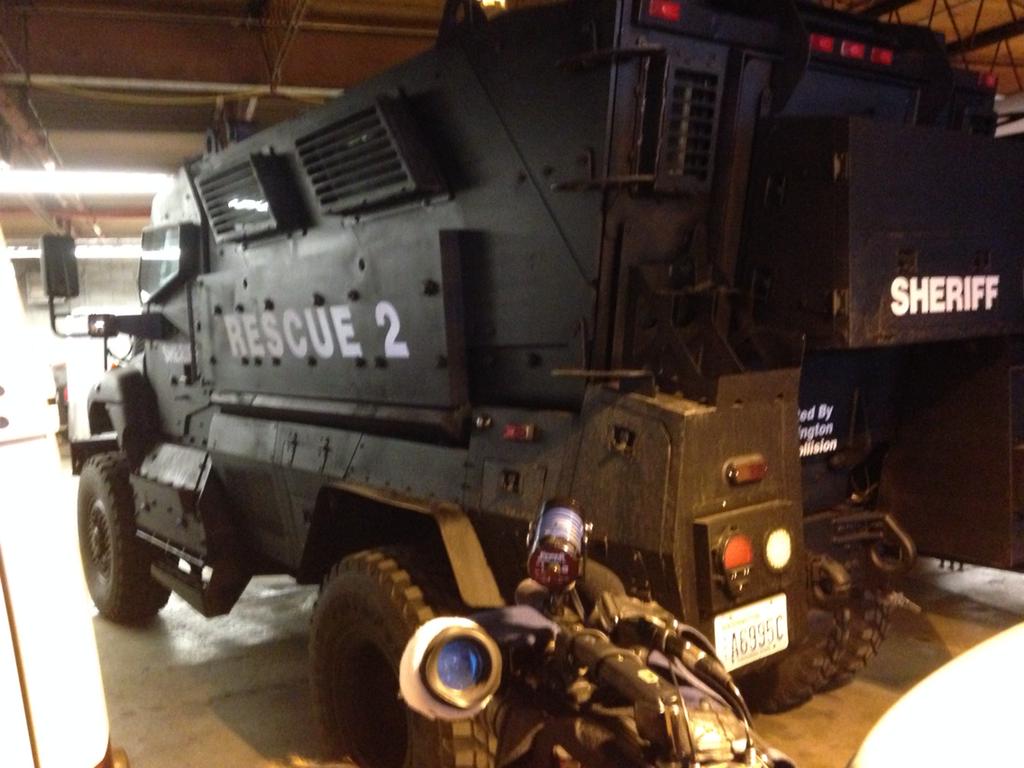 Officer defended use of MRAP, saying it was needed to deal with “constitutionalists” 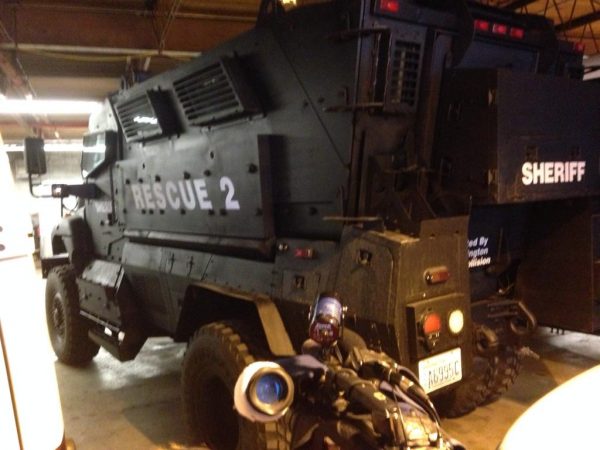 The Spokane Valley Police Department is facing protests over a viral video in which a Sheriff’s Deputy defended the use of an MRAP armored vehicle by saying it was needed to deal with the threat posed by “constitutionalists”.

The video, exclusively obtained by Infowars.com, prompted thousands of comments and a 9 minute video response from Sheriff Ozzie Knezovich in which he claimed that the video was being taken out of context.

The footage shows a Spokane Valley resident asking why police need vehicles that are designed for fighting foreign enemies abroad.

“I mean, we’ve got a lot of constitutionalists and a lot of people that stockpile weapons, lots of ammunition,” one deputy says. “They have weapons here locally.”

Spokane Valley Republican Representative Matthew Shea responded to the video by asking, “Will law abiding citizens who love the Constitution and Rule of Law be hunted down with MRAPs?”

“Constitutionalism is fundamental to being an American. To hate the Constitution and those who support it means you are a traitor to this country,” added Shea.

Sheriff Knezovich shot back by claiming the Infowars report was “hatemongering,” “misleading,” and that it was “used to scare citizens and distort the truth.”

Instead of apologizing for the comments made by his deputy, Sheriff Knezovich essentially blamed Infowars for daring to report on the issue, claiming that the quote was taken out of context while failing to explain how such a brazen statement could be taken for anything other than its face value.

One YouTube respondent summed this up in stating, “Simple way to avoid making any future videos like this one. Don’t say that you have MRAPs to defend yourselves against constitutionalists.”

Knezovich also cited the deputy swearing an oath of honor and serving in the military for 20 years as a reason to excuse his comments, when those factors only make the remarks even more chilling. Knezovich’s other remarks about his office defending gun rights are welcome but have nothing to do with the comments made by the deputy in the video.

Knezovich also told the Spokesman-Review that he was “reluctant to take the video from InfoWars seriously because of the conspiracy theories posted on the site,” a strange comment given that the video footage speaks for itself and the tone of its content is not dependent on any other material posted on Infowars.

Scott Maclay, president of the Rattlesnakes Motorcycle Club, responded to the video by organizing a protest which is set to take place this Saturday outside the Spokane Valley Police Department on East Sprague Avenue. Rep. Matt Shea is also expected to attend the event.

“Protesters will barbecue food in the parking lot, openly carry firearms and erect a Christmas tree to leave letters of complaint directed at the Sheriff’s Office in its branches,” reports the Spokesman-Review.

Maclay is demanding that the Sheriff’s office return the MRAP vehicle to the federal government, along with other equipment including modified assault rifles, but Knezovich asserts that none of the equipment will be sent back, primarily because it was “free” to obtain.

Maclay dismissed Knezovich’s claim that the length of the video clip was too short to understand the full context, commenting, “He made a comment as a law enforcement official at a public event. It sticks. It doesn’t matter how long it is.”