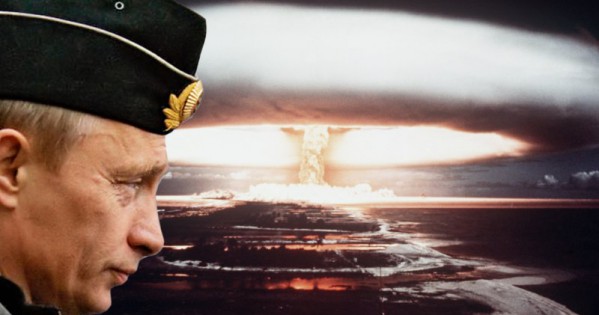 In the past several days, Western bankers have committed two overt acts of war against Russia, namely, the plunging of oil prices and the recent cutting off of all liquidity to Russian banks. This reminds me of the days before World War II in which the United States followed a doctrine called the eight point plan which was designed to provoke Japan into attacking America so Roosevelt could use this as the excuse to get involved in World War II. As Mark Twain once said, “history doesn’t repeat itself, but it sure does rhyme”.

Has the American public received any reasonable explanation on how oil prices have plummeted at a time of year when they historically spike in order to price gouge holiday travelers? Of course there aren’t going to be any new revelations on this point. Here is the real story behind dropping oil prices.

Zero Hedge first reported  that brokers are now advising their clients that any existing Russian Ruble positions will be terminated without any further notice because of concerns related to the lack of Russian “capital controls”. At least that is the excuse that Western banks are using to run from the Ruble. The truth of the matter is that the West has declared war on Russia and its BRICS partners for undermining the Petrodollar.

Ditching the Ruble marks a shift in Western banking strategy directed at the Russians. This change was necessitated because the West’s scheme to plunge the price of oil is not having an immediate effect on Russian economic actions. Although American consumers are reveling in their recent good fate with regard to the collapse of oil prices which have resulted in cheaper prices at the pump, there are some very dire consequences attached to American consumer’s good fortune.

The price of a barrel of oil is reaching the point where it will not be cost efficient to even ship the oil because to ship the oil is becoming more costly than the middle men transporting agents can  make. This will result in an artificial shortage of available gasoline. In the United States, shortages will soon appear and prices will spike to unimaginable levels. This will undoubtedly collapse our fragile economy.

The strategy of dropping oil prices in order to bring the Russians to their knees, will not work says Walker Todd. In a reported conversation with my colleague, Paul Martin, Todd told Martin that the low oil prices will not make Putin immediately blink because of (1) inflation and (2) Putin has a year’s reserve of oil and cash. In other words, the fuse has been lit for World War III. Does anyone think that Putin will allow his reserves to be depleted?

The Russian financial situation is about to go critical, despite their ability to temporarily weather the storm related to falling oil prices. The WSJ is reporting, the next driver of the Russian crisis is unquestionably going to begin in the Russian banking system because as the WSJ stated “…global banks are curtailing the flow of cash to Russian entities, a response to the ruble’s sharpest selloff since the 1998 financial crisis.” In other words, Western banks are cutting off all financial liquidity to Russia. This will soon paralyze the Russian economy.

After receiving this news, yesterday, I reached out to my contacts with the information hoping to have these developments debunked. Unfortunately, my sources provided  information which seems to collaborate the fact that we are headed for war.

I have learned that leaves for critical military personnel have been canceled effective on January 1, 2015. The leaves are not uniformly canceled cross the breadth of the military. However, I have learned that military leaves for personnel serving in the nuclear command structure and specific elements of the nuclear submarine fleet are now canceled. The implication should be obvious as to what someone as to what the Pentagon believes is coming.

Schlumberger International is the largest oilfield corporation in the world employing 126,000 people in 85 countries. Recently, the son of Texas talk show host, Vinnie Pope, stated that Schlumberger has canceled all travel anywhere in the world. This travel ban began immediately after Thanksgiving. Clearly, Schlumberger is anticipating that something big is ready to happen. One could assume that whatever is coming is related to oil since this is the business of Schlumberger. It is interesting to note as an aside that four years ago on my talk show, researcher Dianne Hunter reported the interconnections between Schlumberger to the Nature Conservancy and ultimately to the Queen of England. These connections are worthy of further investigation which will be forthcoming

Clearly, something big is anticipated by people/corporations who are in position to know. I am hopeful that this article will shake the bushes a little bit in order to get a better grasp of the particular nature of what’s coming. One thing is for sure, Putin’s tolerance level for these sanctions will soon be exceeded.