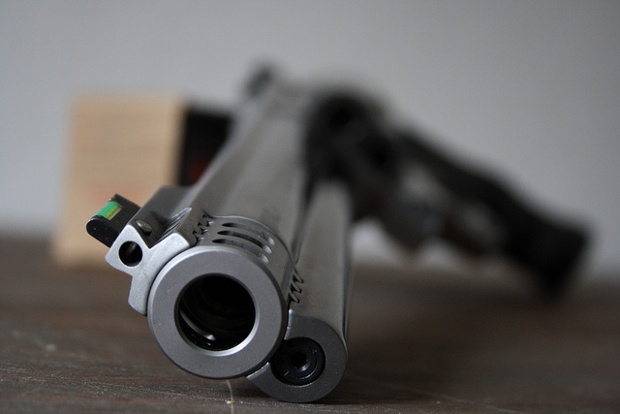 A 14-year-old boy protected his grandmother from intruders by shooting one of them dead Tuesday night in yet another example of a positive gun story that you won’t see reported by the mass media.

Brothers Isai Delcid and Carlos Delcid attempted to break into a home in southeast Charlotte at around 5pm Tuesday when they crept around to the back porch and tried to get in through a window.

George Wyant’s 14-year-old son confronted the robbers, ordering them to stop and telling them he had a gun. When the intruders ignored him, the boy quickly fired off his grandfather’s Glock 380, killing Isai Delcid while his brother fled the scene.

Police later arrested Carlos Delcid having quickly tracked him down via his electronic monitor. He was already on probation for breaking into the same house twice in the past four months. According to WSOC-TV, the brothers had a background of criminal behavior and drug issues. Wyant said the likely target of the robbery was his wife’s prescription pills.

Wyant was grateful for his grandson utilizing the gun to protect his elderly wife who is sick and virtually immobile.

“What would have happened if he didn’t have it, if I didn’t go out and get it?” asked Wyant, adding that he had trained the boy at a local firing range.

The 14-year-old’s own father, Gregorio Hernandez, was murdered back in 2008 in a shooting at an automotive store.

Despite the fact that guns are used on a routine basis to prevent crimes and save lives, it is almost unheard of to see a positive second amendment story get national media coverage.

Last week we reported on how a 74-year-old woman came out on top of a gunfight with two thugs after they tried to rob her pawn shop in Springdale, Arkansas. Preposterously, one of Shirley Cornett’s neighbors reacted by blaming her for the incident, accusing the store owner of unnecessarily using her firearm despite being faced by two armed criminals.

Watch a compilation video of responsible gun owners exercising their second amendment to stop criminals below.