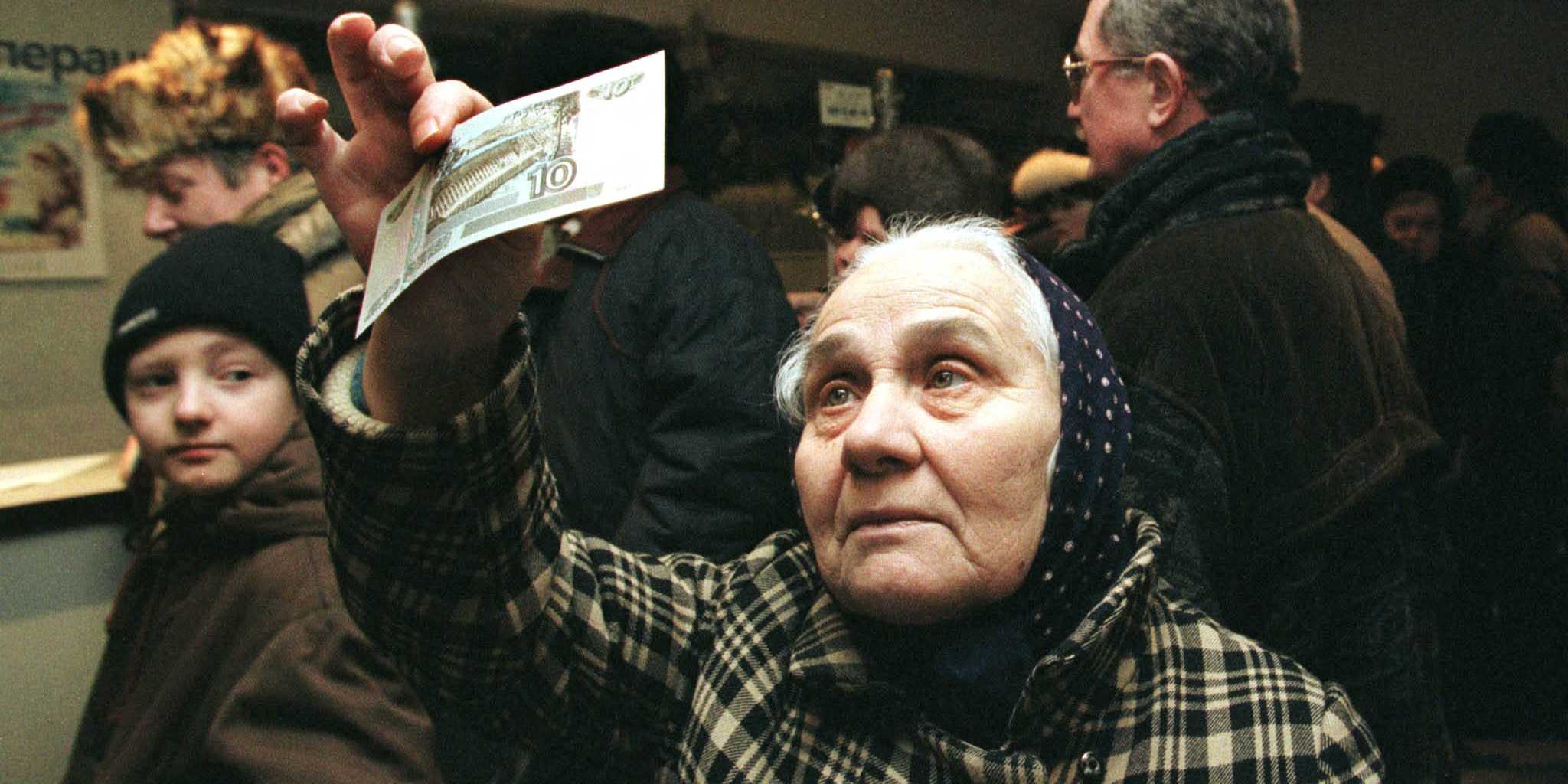 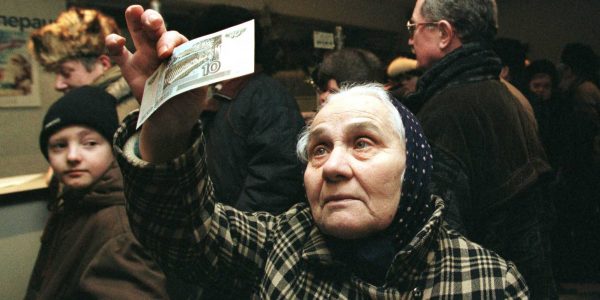 Russians have seen the writing on the wall and they know that they’re economy and currency are in serious trouble. Though the Russian central bank has pledged to protect and stabilize the Ruble, which has collapsed by nearly 50% versus the dollar in the last several months, people aren’t taking any chances.

It’s a scenario we’ve seen repeated throughout history when a nation’s currency was threatened with destruction and it’s one we may soon witness in America should confidence in the dollar as the world’s reserve currency ever be lost.

“It is a real panic,” said Kirill Rogov, an independent political and economic analyst who is often critical of the Putin administration. “The ruble is being devalued by 5 or 6 percent every day, and nobody knows how to stop it.”

The ruble has lost 50 percent of its value since the beginning of the year. Russian consumers afraid of losing their savings, as happened in a financial crisis in 1998, flooded stores, rushing to dump rubles that seemed to shrink in worth by the minute.

“I don’t need this car,” he said with a shrug. He already owns two Porsches and a Land Rover. But, he figured the prices will soon go up and the ruble will probably go down. “We are headed for a crisis,” he said.

Electronics stores were packed late into the evening as shoppers scooped up iPhones and iPads at prices over $100 lower than what they cost in the United States. Apple’s Russian website halted online sales “due to extreme fluctuations in the value of the ruble… while we review pricing.”

What’s happening in Russia with the collapse of the Ruble is that merchants are being forced to raise their prices on goods every day. If the slide in the Ruble continues that could turn to hourly adjustments as was seen in Zimbabwe when their dollar crashed.

It’s a scenario that closely mimics the Argentine hyperinflation of the early 2000′s. As noted by author Fernando “Ferfal” Aguirre in his first-hand account The Modern Survival Manual: Surviving The Economic Collapse, when the country’s currency collapsed citizens had no choice but to spend their money immediately on anything they could get their hands on. Failure to do so would cut their purchasing power in half within a matter of hours.

The banks had closed, and no one knew how much the paper currency was going to be worth tomorrow, or even in the next couple of hours.

I vividly remember being at the local Home Depot (called “Easy in Argentina), and buying a few tools. The clerks would run around like crazy, replacing the old prices with the new ones, which sometimes changed within the same hour.

It was depressing to see a price and notice that after peeling it off, the old price was still there. There was no time for the clerks to remove them. There would be a five layer sandwich of ever increasing prices that were maybe just a couple of days old.

After a few months, people found that they were in a very delicate position. Many were without a job, and those who had a job were paid in a currency where the value was dropping by the hour. Sometimes you had the problem of reaching the cash register and finding out that the price had already changed.

Excerpted From: The Modern Survival Manual: Surviving The Economic Collapse

This isn’t some theoretical forecast of what might happen during a currency crisis. This is how it was for people in Argentina in 2001-2002.

People didn’t believe it was happening at first and figured their government would save them. Of course, government officials saved themselves and their rich cohorts, but left the people with nothing. Eventually the banks shut down, ATM’s ran out of money and cash became scarce. As Ferfal recollects, the economy quickly turned into a barter system where currency became physical assets like gold, silver, food, real estate and cars.

Russia is yet another warning sign of what’s to come for the United States.

The timeline for the collapse of the U.S. dollar is unclear. But that it will happen is an inevitable fact of life. And given the current national debt, long-term liabilities, economic malaise and deteriorating wages, it is only a matter of time.

When that time comes it is in your best interests to already positioned for it. You need to answer the question: What is money when the system collapses?

The answer, when you think about it, is pretty simple. When currency becomes worthless, physical assets will become money.

In her book The Prepper’s Blueprint Tess Pennington outlines some key “assets” that will still have value – both for your use and as barter – should your dollars become worthless.

Things like foods that last a lifetime, precious metals, fuel, clothing, footwear and firearms will be essential. Beyond that are other consumables that we take for granted today but will be worth a great deal should the currency collapse and stores run out of offerings. Cigarettes, alcohol, lighters, hygiene products, over the counter medicines, antibiotics and as Ferfal noted, hardware tools, are all worthwhile investments that will pay off in the future.

While most Americans refuse to even contemplate the possibility of something like this happening in the United States, history has proven that every fiat paper currency ever invented has eventually fallen. We can pretend that this time is different, but we’d only be deluding ourselves.

Confidence is a very fragile thing and given the economic, financial and monetary troubles we face, it wouldn’t take a whole lot to crush the world as we have come to know it. When it starts it will happen fast.

Be prepared for it or face the horrific consequences that will follow.

Collapse Investing: Money and Wealth Preservation During Times of Uncertainty and Instability

The Prepper’s Blueprint: Prepare For Any Disaster