After the picture above went viral on Twitter Tuesday night, Washington Free Beacon decided to enlighten us of just who that girl is that Bill has his hands on in the picture in the article, “Bill Clinton Creeps on Daughter of Guy Who Tried to Buy New York Senate for Dems” — the daughter and wife of New York City’s grocery store king John Catsimatidis, long-time friend and Clinton fundraiser.

The Catsimatidis family has long been close with the Clintons. John Catsimatidis raised more than $750,000 for Hillary Clinton’s failed presidential bid in 2008, and often lets both Bill and Hillary fly around the country on his private jet. Catsimatidis also got involved in a scheme orchestrated by fellow Clinton ally New York City Mayor Bill de Blasio to circumvent campaign finance laws and buy control of the New York state Senate for Democrats… (source)

Yadda yadda more corruption and crony capitalism blah blah. Back to the viral pic: so how long have Clinton and Catsimatidis been long-time friends? Here’s an older picture of Clinton with Catsimatidis and fam, including the same girl, via Washington Free Beacon: 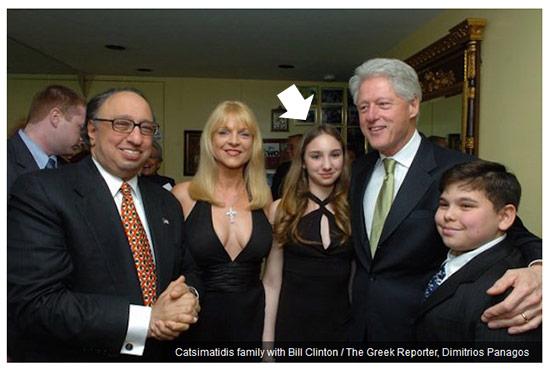 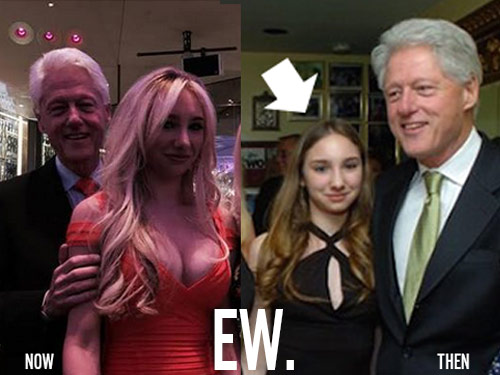 If your immediate reaction between the two photos was something along the lines of “Ewwwww,” you are not alone.

@BuzzFeedAndrew @JCats2013 I think hanging out was not correctly identified in this picture.

Ewwwwww. The whole thing only devolved into a pile of infinitely worse when it got combined with the Joe Biden photo op going on the same day.

"Bill Clinton's meme is him and a hot young woman. All I get is me looking out a window? Where did it go so wrong?" pic.twitter.com/qh6NNP5K86

Ewwwwwwwwwwwww. Guess it’s not any creepier or more “ew-inducing” than this.

Update: For the record, you could probably put Bill Clinton standing and smiling like that behind basically anything and it’d be creepy. Let’s test that theory, shall we? 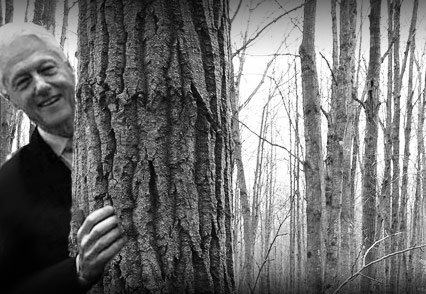