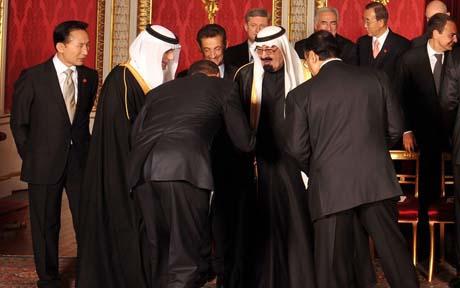 As recently admitted to by a former CIA employee, Barack Obama is a radical Islamic enemy of America. So for him to bow to a Saudi King or to continue to support one of the most oppressive and fundamentally Islamic regimes on the planet is no surprise.

Now it would seem that Saudi Arabia is no longer satisfied with simply jailing Christians for the humble act of praying in private. Suddenly the dangerous act of “smuggling” (also known as sharing) a Bible may be punishable by death.

Smuggling is typically a term used with weapons, drugs and other potentially dangerous contraband.

In a free society, which Saudi Arabia is not, you can’t really consider a Bible to be contraband, can you? 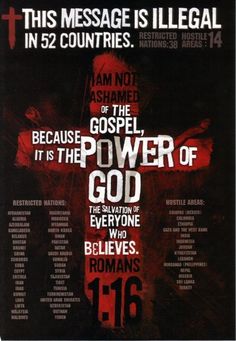 It is not just Saudi Arabia. The Bible is considered to be dangerous contraband in many countries. I think it is also important to mention that it is not just Barack Obama that bows to these barbarians. Both he and his predecessor are guilty of catering to this regime of pure Islamic hatred.

Recent reports state that officials in the Islamic country of Saudi Arabia have passed a law that may impose the death penalty on Bible smugglers and any others distributing religious materials that are not of the Muslim religion.

“[T]he new law extends to the importing of all illegal drugs and ‘all publications that have a prejudice to any other religious beliefs other than Islam,’” Paul Washer’s HeartCry Missionary Society outlines in a post on their website. “In other words, anyone who attempts to bring Bibles or gospel literature into the country will have all materials confiscated and be imprisoned and sentenced to death.”

It points to an article on the Copts Today website, which notes that “indecent materials and publications” are also included in the customs prohibition.

Reporters have attempted to obtain confirmation of the report from Saudi Arabia’s U.S. Embassy press officer in Washington, but the information has neither been confirmed or denied.

Of course they won’t confirm or deny it. They won’t confirm the content of 28 redacted pages from the 9/11 report either. Leaks have revealed that those 28 pages talk about Saudi Arabia being a state sponsor of the attacks. Representatives in D.C. have called for the truth of these pages to be revealed to the American people, but it will never happen.

Without confirmation from our “oh so reliable” embassy we can not know for sure. It’s not like the sharia-compliant corporate media is going to cover this story.

But would it surprise you if the story is true?

If it would then you simply don’t know the truth of Islam.

Make no mistake. There is a war against Christianity being fought worldwide and our usurping Muslim-in-Chief is leading the charge.