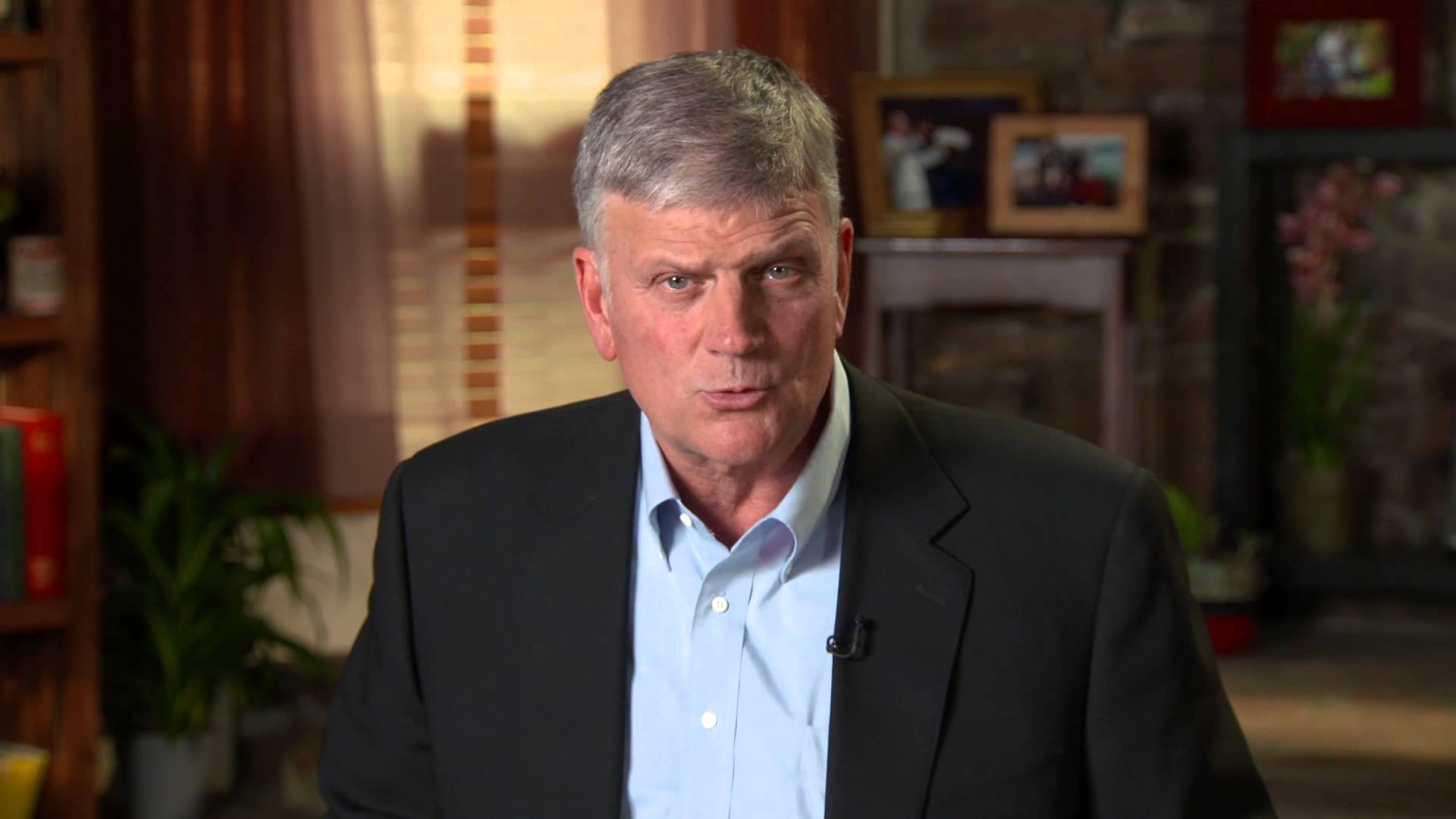 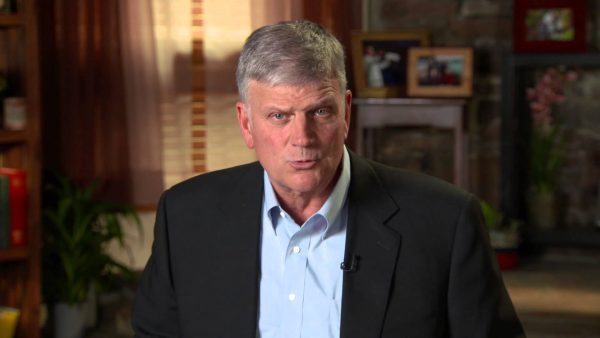 Franklin Graham appeared on FOX News’ The Kelly File with Megyn Kelly to discuss the issue of Christmas and the changes that are taking place in the culture. In fact, before interviewing Graham, Kelly pointed out that in just days “Sparkle Day” will be held in Pittsburgh, Pennsylvania. By the way, “Sparkle Day” used to be called “Christmas.”

Graham, who is the president and CEO of The Billy Graham Evangelistic Association and Samaritan’s Purse, said that secularists and humanists alike want to remove Jesus Christ out of the celebration of his birth, which is referred to as the Incarnation (God becoming flesh). He also says that many of these people want to also deny that Christ ever existed (a clear definition of what the apostle John called anti-christ in his epistles).

In referencing the Incarnation, Graham told Kelly that Jesus Christ came to earth to save His people from their sins (Matt. 1:21). OK, Graham said “everyone,” but the Scriptures are specific as to who Christ laid down His life for: His people, His friends and His sheep.

Graham further reiterated where Christ came from. “He came from Heaven to this earth,” he said.

Christ left Heaven and came to earth in the form of a helpless babe, who would grow up, perfectly obeying the law of God, and die a cruel death on behalf of sinners in order to satisfy the just demands of God against the violation of His law.

Graham said that by simply putting “our faith in Him (Jesus the Christ), God will heal our hearts.”

Graham is correct in saying that only the problems of our nation can be solved when people recognize who the Christ is and that He is the one that can truly heal. However, the way that is accomplished is through repentance from sin towards God and walking in obedience to Him. It’s not simply by saying we believe, but demonstrating that belief in our actions.

Kelly asked what Graham made of the culture that puts people like Miley Cyrus and Kim Kardashian, whose over the top sexual escapades and performances overtake the media at times. She also posed the question about a culture that promotes some of the filth that it does in its media. “Yet, a Christmas tree, a nativity scene is too offensive,” she said.

“It’s sin, and we are glorifying sin,” said Graham. “People have to understand that God takes sin serious because sin will separate us from God for eternity.”

Graham is correct, we are glorifying sin and God does take it serious. However, let’s understand that God is in the midst of Hell too. It is the place where His wrath is poured out on unrepentant sinners. The apostle John, in writing of the judgment that comes upon those that worship the state and adhere to man’s laws while abandoning God’s law, says:

The same shall drink of the wine of the wrath of God, which is poured out without mixture into the cup of his indignation; and he shall be tormented with fire and brimstone in the presence of the holy angels, and in the presence of the Lamb: And the smoke of their torment ascendeth up for ever and ever: and they have no rest day nor night, who worship the beast and his image, and whosoever receiveth the mark of his name. –Revelation 14:10 (emphasis mine)

There is no place where men will ever be that God is not there. The difference will be that those in Heaven will be comforted and surrounded by the love, grace and comfort of the Lord, while those in Hell will be in the presence of the fullness of His wrath against them.

Graham carried that thought on. “Hell is a real place, and that’s where every person who turns their back on God… and God will condemn them. He’s a righteous Judge. He has no choice to condemn a person for their sins, but He’s willing to forgive sin.”

And that forgiveness comes through the person and work of Jesus the Christ to those who are repentant.

Graham returned to his comments about glorifying sin and added, “It’s like little children shaking their fists in the face of Almighty God.”

Kelly then cited several instances of Christmas Nazis at a school were banning red poinsettias because they considered them to be “religious symbols” and a VA banned the singing of Christmas songs in public places. She also cited a church in Florida fighting against a billboard that reads, “Dear Santa, all I want for Christmas is to skip church. I’m too old for fairy tales.” She even mentioned how a Maryland school district bowed to Sharia by canceling Christian holidays after Muslim leaders from the terrorist organization Hamas-CAIR complained.

Not only has Alliance Defending Freedom been on the front lines fighting battles in the school systems over issues like this, but the Rutherford Institute has also been equipping Americans to understand their rights in these matters.

Graham said that he didn’t encourage “fighting back,” but rather to “stand up.” In other words, Graham called for Christians not to be polite and quiet (and in many cases I would say those instances are merely signs of cowardice), but to stand and make their voices heard, give a lion’s roar, if you will.

“It’s time for Christians to write their politicians, need to stand up and defend their rights because if you don’t, you’ll lose them,” he said.

Instead of promoting greed, like many do at Christmas, Graham promotes the work of Samaritan’s Purse, which distributes toys donated by people all across America to over 110 countries in the world and share the message of Christ with those children.

Once thing is for sure and that is that Graham goes right for the reason Christ came to earth in the first place: To live and die on behalf of sinners according to the Scriptures (1 Cor. 15: 1-6). Along with Christ’s resurrection and ascension, that is the heart of the gospel.