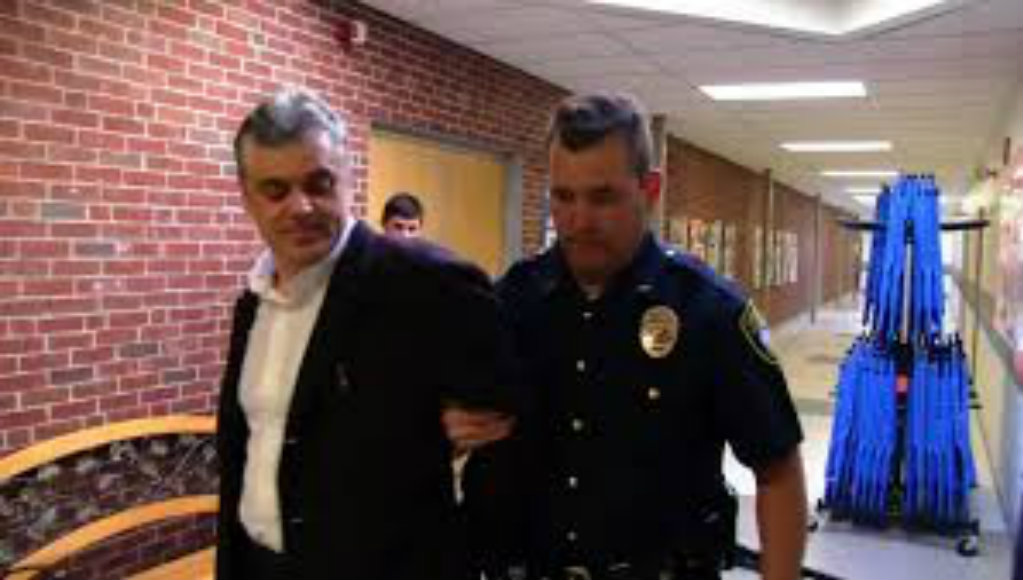 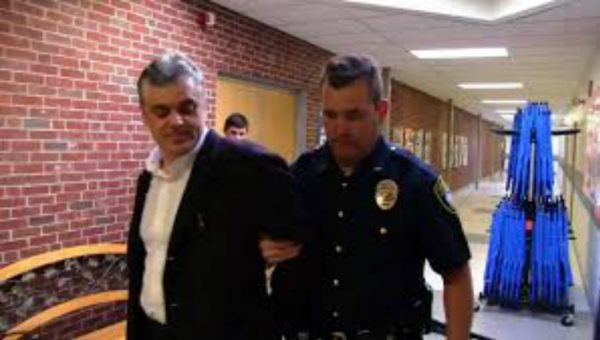 If you recall, back in May, William Baer was arrested after voicing opposition to a school board meeting about a controversial book by Jodi Picoult titled Nineteen Minutes, a story about a school shooting that contained pornographic content. It was also required reading for ninth graders. Now a New Hampshire 4th Circuit Court of Appeals judge has blasted the school board for “silencing” him and arresting him, which was a violation of Mr. Baer’s free speech.

In dismissing charges against Baer, Judge James M. Carroll said the court “does agree with the defendant’s argument that, often in an official meeting or at the court, for that matter, individuals, from time to time, may be disruptive, but the disruptiveness should not be cause for an arrest in the first instance.”

“The sequence of the arrest actions cause pause by the court as to the chilling, if not silencing of a citizen by the state, for actions which do not warrant a criminal arrest nor conviction. The court finds that the actions for ‘order’ by the state do not ‘balance,’ in the facts of this particular case, the speech rights of the defendant.”

The court also said that Mr. Baer didn’t purposely cause a breach of the peace, and furthermore dismissed the claim that Baer refused to comply with a lawful order of a peace officer.

“The court questions the constitutionality of the state’s action in the sequence as memorialized by the deposition,” the judge wrote.

In other words, the peace officer should have known better and he was actually the one in violation of the law, not Mr. Baer.

The judge also pointed out that the meeting was already completed and that there was no way Mr. Baer had caused a problem for the board or those in attendance.

“The court does not find the actions of the defendant to be criminal in nature which is necessary in the ordering of restrictions on a citizen’s liberties in First Amendment considerations,” the judge concluded. “The court finds that the defendant’s action never created a breach of peace sustaining a criminal complaint.”

Baer says that in the time since his unlawful arrest, his and his family’s lives “have been in disarray.” According to Baer, the Gilford Police Department, the school board and the state of New Hampshire have targeted him like a common criminal, but he is happy with the judge’s decision in the case.

“I am obviously pleased that all charges have been dismissed,” Baer said. “Belknap County Judge James Carroll showed me there still is some justice in our system.”

Instead of prosecutors taking the time and knowing the law and dismissing the case out of hand, they took the months that led up to the hearing to continue their pursuit of Mr. Baer.

“And what about the incident that gave rise to all this?” he asked rhetorically. “That is, Gilford High School requiring my 9th-grade daughter to read material that is unfit to print in virtually any newspaper in the country. If someone were handing out this material right in front of the classroom in which students were reading the text, he would most likely be arrested, prosecuted, and convicted for distribution of pornographic material to a minor. What about a school system which cannot ensure that proper notice be given to parents of a child mandated to read such material due to the school’s ‘oversight?’ What would you think if you found out that last year, when the book was also required reading, the school administration and teacher made the same ‘mistake’ and also failed to provide notice?” he said.

Baer then theorized, “What about the chilling effect on First Amendment guaranteed speech that these arrests and prosecutions have on our society regardless of the outcome? How many people will avoid speaking publicly knowing they can easily receive the same treatment I did, and likely worse?”

School officials say that the book contains important themes, but parents say that message is overshadowed by what some call pornographic content on one page.

The book was assigned to students last Monday, but the school failed to give parents of freshmen students notice of the sexually explicit content in the novel. One page of the book contains a graphic description of rough sex between two teenagers.

Some parents are outraged, and attended a school board meeting to make their feelings known.

William Baer, whose 14-year old daughter is a student at the school, was one of the parents who spoke out at the meeting. He was promptly arrested for doing so.

Dane cited a section of the book that was clearly pornographic and validates exactly what Mr. Baer stated above. Yet, the concerned parent is the one forced to defend himself while the school board and those that put this filth in the hands of children are left unscatched, except by the words of and appeals court judge. At least they got that!

Even Mr. Baer’s 14-year-old daughter took a shot at the school board for their brazen, unlawful behavior. I’d say dad taught her well!

I would hope that Mr. Baer would pursue a lawsuit not only against the arresting officer, but also the school board, the principal and any teacher that knew about this and enforced it. And I would also hope that it wouldn’t be about money, but about bringing justice to bear, removing these people from their jobs, never to work them again and facing prosecution in the same manner that Mr. Baer did.

As a final exhortation, parents, it’s time you loved your child enough to remove them from the public indoctrination system. I have written about this on several occasions, but here is a good place to start. And now, it’s even easier to start than ever. There is a home school education package, k-12, with the K-5 courses being absolutely free. All you have to do is have the desire to teach your kids and you can save yourself and them the fate of Mr. Baer and other children in the public school system.

Horror in Colorado as Gunman Kills 6 and Himself at Birthday Party
May 9th, 2021 Flag And Cross