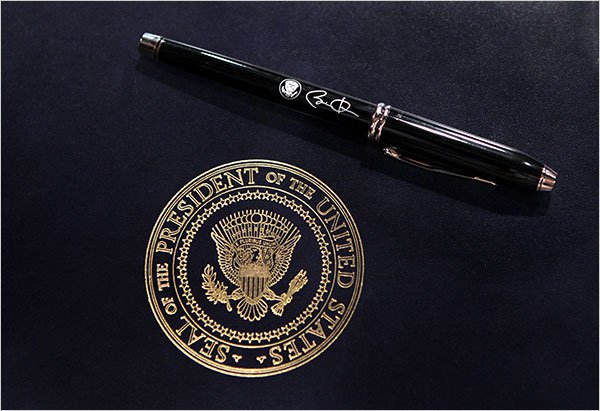 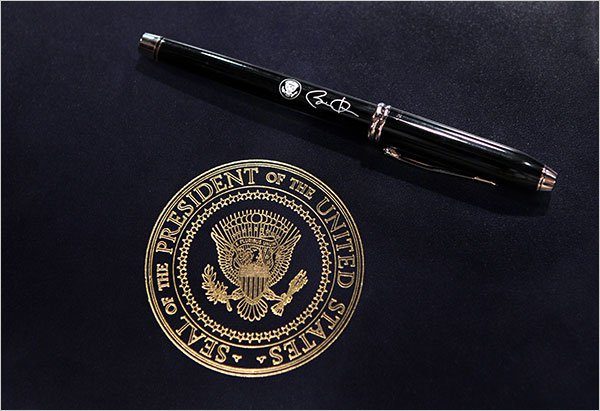 This week, FOX News’ Ed Henry grilled White House Press Secretary Josh Earnest over Barack Obama’s use of Executive Orders and Memoranda. He pointed out that Obama’s claims of using less Executive Orders than his predecessors wasn’t really true, but the White House denies that claim.

Obama had previously stated, “The truth is, even with all the actions I’ve taken this year, I’m issuing executive orders at the lowest rate in more than 100 years. So it’s not clear how it is that Republicans didn’t seem to mind when President Bush took more executive actions than I did.”

To be fair, the record does indicate, under “Executive Orders,” that Barack Obama has issued far less of them than George W. Bush. However, as Henry pointed out, “USA Today looked at the fine print and yes, 195 executive orders, less than Democratic and Republican predecessors, but when you add on 198 presidential memoranda, it actually turns out he’s using a lot more executive action than his predecessors.”

Earnest then agreed to some measure with Henry’s assessment.

“Well, I think there’s no doubt that the president has sought to use his executive authority to move this country forward within the confines of the law,” he said. “Often times, in the face of Congressional inaction.”

He then went on to claim there was a difference between Executive Orders and Presidential Memoranda, despite Henry’s claim that they are basically the same thing, just different terms. However, Earnest never stated what those differences were.

Basically, one gets on the record and the other flies under the radar, but, in effect, they do the same thing. And it’s telling that Earnest would say that Obama uses this unconstitutional authority “in the face of Congressional inaction.”

So, the issue is that Congress, which legislates, won’t write law the way Obama wants it to be written so he can claim his illegitimate actions are “legal.” Therefore, he usurps his authority to not enforce the law as written in order to do whatever he wants. And the fact of the matter is that Obama has actually done more via executive usurpations than any of his predecessors in US history.

USA Today provided this graphic to illustrate that in addition to the 191 Executive Orders Barack Obama has issued, there are also 198 Presidential Memoranda that have been signed by him as well.

Examples of where Obama issued Presidential Memoranda can be seen in his actions following the Sandy Hook incident in 2012. Obama ordered federal agencies to track any firearm that was a part of a federal investigation. He also expanded the national background check system (NICS) to include previously unavailable data and created a task force to study the reasons and possible solutions for alleged “gun violence.”

In fact, just this last week, Obama penned a presidential memorandum, which claims to put 30 million acres of Alaska’s North Aleutian Basin off limits to oil and natural gas drilling.

So, Obama and Earnest seem to be pulling a Bill Clinton here. Instead of the wondering what “is” is, they are dancing between the terms “order” and “memoranda,” the reality of what each one does is identical. So while in a “technical” sense Obama may be correct, the reality is that the real results are the opposite of what he claims. We should expect nothing less from the usurper to the White House, who is a known liar. However, we should demand his removal from office for his criminal activity.