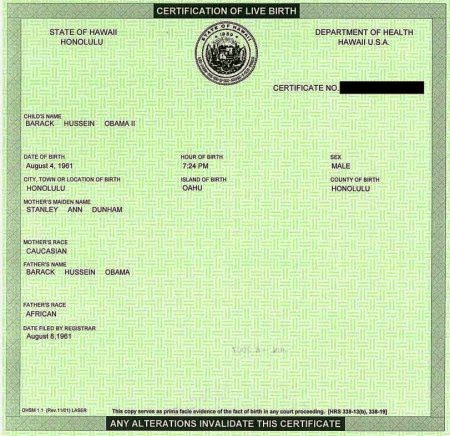 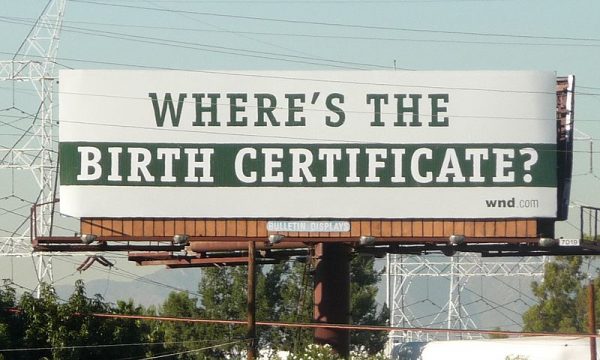 The Post & Email is asking a question that deserves an answer.

Does the Obama Regime control The Wayback Machine?

The latest discovery certainly offers evidence toward that possibility.

At the time of release the certificate was published by numerous sources, the above image is from Politifact, in an attempt to kill the growing controversy that surrounded Barack Obama’s place of birth, citizenship, and presidential eligibility.

On June 12, 2008, an image known as a “short-form” birth certificate purported to be Barack Obama’s was posted at The Daily KOS, followed by news outlets such as the St. Petersburg (FL) Times/Tampa Bay Times and The Los Angeles Times.  Much later, the White House website posted the image along with the release of Obama’s alleged more detailed “long-form” birth certificate.

The color scheme of the short-form certificate differs from that of the image posted at Politifact and other “news” websites.  Reportedly, three different versions of the long-form “document” were submitted by various parties to the Alabama Supreme Court in a case that was decided earlier this year as accurately predicted by The Post & Email.

The short-form Certification of Live Birth showed no raised seal indicating its authenticity by the issuing government agency.

As well as the media partners who were attempting to save Barack Obama’s reputation, the Obama Administration put up its own website titled “Fight the Smears.” Again, this was in 2008.

For those unfamiliar with “The Wayback Machine“, it is nothing more than a web archiving service. It takes historical shots of websites so that they might be compared to the changes that have occurred over time.

This is where the question of the Obama Administration’s possible involvement with, or control over, The Wayback Machine comes into play.

Despite FTS being archived 462 times, it seems that certain links have disappeared from those archives.

According to Rondeau, “When clicking on the ‘FighttheSmears’ link in the Politifact article, the reader sees a quick glimpse of the caption ‘Fight the Smears’ and is then redirected to the Organizing for Action screen page.”

When a user attempts to access FighttheSmears content through the Wayback Machine, the following appears, which links to Obama’s political action group, “Organizing for Action:”

So this historical web document has simply disappeared. Keep in mind that the archive of that document/page has disappeared as well. Deleting the document or page should not delete the archive of it. The whole reason for archiving it is so it will be historically preserved.

Evidently that is not the case with a President who has the power to rewrite history as he sees fit.

This morning I tested www.fightthesmears.com in the Wayback Machine and was able to access many of the old captures. The reader needs to understand that this is not a sitewide phenomenon, but simply a single link that was picked up by Politifact and is now nowhere to be found.

So what kind of leverage was used to make The Wayback Machine change documented history?

Still think Obama isn’t trying to hide something about his citizenship?

They are obviously hiding something and seemingly have some help from their friends in San Francisco.