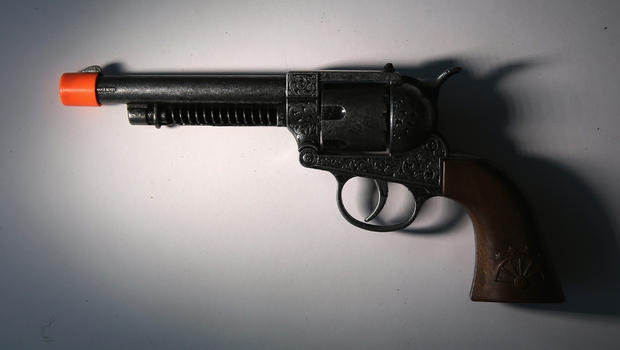 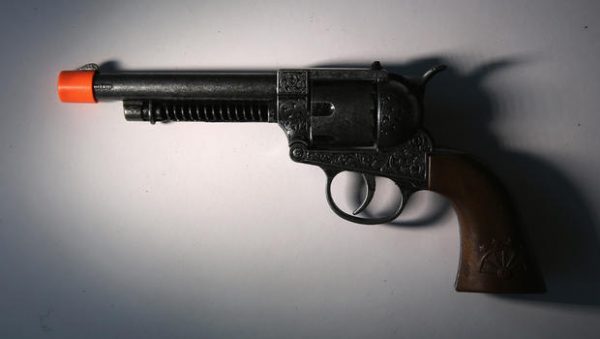 Major retail stores in New York are coming under fire by the tyranny being imposed upon them by pretended legislation. Wal-Mart, Sears, K-Mart and other retailers have been sent cease and desist letters by Attorney General Eric T. Scheiderman telling them to stop selling toy guns, which he claims are a violation of state law.

“When toy guns are mistaken for real guns, there can be tragic consequences,” said Attorney General Schneiderman. “New York State law is clear: retailers cannot put children and law enforcement at risk by selling toy guns that are virtually indistinguishable from the real thing.”

According to state “law,” toy guns can be sold, but they cannot be “imitation guns in realistic colors such as black, blue, silver, or aluminum, unless it has a non-removable one-inch-wide orange stripe running down both sides of the barrel and the front end of the barrel.”

I can hear people saying, “This is common sense.” I would assume you can legally sell the same toy guns in pink, purple, orange, green or a variety of rainbow colors or patterns (like camouflage). Now, the question becomes one of asking whether or not those would resemble real guns like these, or these, or this, or even these. How long before the state starts outlawing any toy gun based solely on how it looks? They’re already doing it with AR and AK semi-automatic weapons because they “look scary.”

There is no doubt that when toy guns are mistaken for real ones that there can be tragic consequences, but is this really an issue of toy guns and safety, or an issue of an anti-gun agenda? I think any reasonable person who has been paying attention understands that this is just another step of indoctrination for the next generation to fear guns so that they will be more willing to give up their God-given right to keep and bear arms.

It’s even gotten to the point that some police in America are calling for voluntary home inspections for weapons and toy guns… and the people allow it!

Sadly, this pretended legislation doesn’t curb the sale of these toy guns though. Retailers have complied with the law apparently.

“The safety of our customers is a top priority. We are in the process of immediately removing any non-compliant toy guns that are offered for sale by Sears or Kmart to New York consumers. We will fully cooperate with the New York Attorney General in its investigation,” Sears said in a statement.

A spokesperson for Amazon said the company will identify all non-compliant toys to ensure they aren’t sold in New York, AP reports.

Kmart is in the “process of immediately removing any non-compliant toy guns that are offered for sale by Sears or Kmart to New York consumers” and will fully cooperate with the state attorney general, Bloomberg reports citing Howard Riefs, a spokesman Sears Holdings.

“This isn’t just a police issue,” said Eugene O’Donnell, a former NYPD officer and professor at John Jay College of Criminal Justice. “We’ve got pistol permit holders, off-duty federal agents, all kinds of people in the city who could see a toy weapon and misconstrue it and have tragic results.”

All of this comes on the heels of the fatal shooting of Tamir Rice, a 12-year-0ld who was playing with a toy airsoft gun when he was shot and killed by an Ohio police officer.

The real issue though in the Tamir Rice incident is not an issue of a toy gun though. It’s more of a deeper problem within the black community and that is broken families that don’t teach their children.

Schneiderman said that at least four people in New York State have been killed by police officers who mistook their toy guns for real ones. However, only one child was seriously wounded.

The question must be raised as to why everyone in New York can no longer purchase a realistic pellet or bb gun because of 5 instances between 1997 and 2014! More people were killed in one day by Islamists in New York than any toy gun. Yet, I don’t see the state outlawing Islam, do you? In fact, they are letting Islamists build a mosque in full view of where the twin towers once stood! (As a caveat, I believe they should outlaw Isalm and here’s how.

I love my kids, so I teach them to respect weapons of all kinds. I take them out when they are very young and let them hear the sound of the gun and warn them about its devastating consequences should they misuse it. However, I also teach them that with practice and respect for the weapon, it can be a best friend to help protect them in a time of need.

This applies to all weapons whether it’s a knife, a taser, a crossbow, a rifle or a handgun.

I can also remember, as a child, my friends and I used to play with all sorts of toy cap, pellet, and bb guns and there was never anything taking place like this. But then, the police weren’t so on edge and kids weren’t shooting other kids or adults either.

While I understand the desire to quash this in the retail market, I think it is exactly the wrong thing to do. Instead, have people focus more on their offspring than leaving them to themselves. After all, one only need to look to the person of Michael Brown to see what that kind of non-parenting will turn a kid into.