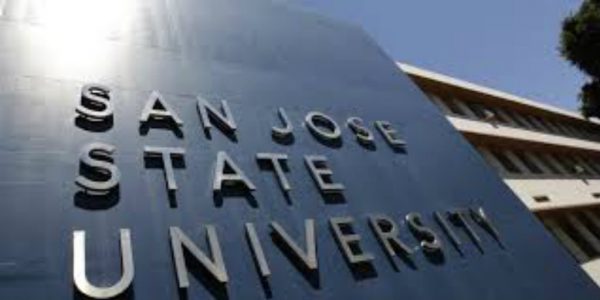 One of the most important attributes of a democracy is the existence of autonomous groups and associations — self-governing groups formed by citizens which are independent of the state.

These groups range from the important to the mundane, from the political (such as political parties and labor unions), to the economic (e.g., chambers of commerce), religious (churches, synagogues, and mosques), and social (e.g., Boy Scouts, book club, bikers’ club). Autonomous groups and associations also proliferate in America’s colleges and universities, including sororities and fraternities.

If you’re a Muslim campus group, can you imagine your university’s administration telling you that your group’s officers can’t be Muslims and must include Jews? Or if your group is vegan, can you imagine your university telling you that you can’t require your group’s leaders be vegan, and that its officers must include meat-eaters? And if you don’t do what the administration says, the university would “de-recognize” your group, thereby denying your group of student funding and a campus presence.

The Ratio Christi chapter at San Jose State University received a letter from the university stating that the club has been “de-recognized.” In the letter, school officials explained their actions to be in compliance with a new California State University Executive Order regarding how an organization selects its officers.

Ratio Christi, like many other campus Christian organizations, requires that chapter officers adhere to the Christian faith and biblical beliefs. This means that non-Christians, or Christians who do not feel it is necessary to follow New Testament principles as a guide for their daily lives, are not eligible for officer positions in the group. The State of California now deems this as “discriminatory” and punishable by de-recognition.

“Colleges and universities should be encouraging student leadership, not stifling it,” said Ratio Christi President Rick Schenker. “All college students, including religious students, should have the right to form groups around shared beliefs and choose leaders who reflect those beliefs without being shut down and kicked off campus.Imagine the College Democrats being required to have a Republican student leader, or the local chapter of PETA being required to have a meat-eating leader. The results of the Cal State policy are simply ridiculous.”

In their letter to the SJSU Ratio Christi chapter, school officials explained the consequences of being “de-recognized,” a list thatranged from not being eligible for student funding and financial services to not being allowed to participate in student organization fairs, ceremonies, or training.

Ratio Christi welcomes and invites all students to attend campus meetings. Atheists have attended the meetings. However, as a Christian student-led group, there are certain criteria for obtaining and maintaining leadership positions within the chapters, namely a faith in Jesus Christ and a lifestyle that is consistent with biblical principles. In order to be reinstated, Ratio Christi would have to give up their freedom to choose their own student leaders in accordance with these beliefs.

“Anyone is free to join the Ratio Christi chapter at San Jose State University, and these students should be able to independently choose leaders that embody the purpose of the club, not the ideology of a few college officials,” Schenker said. “The message the school officials are sending is a deeply disturbing one, and paints a grim outlook for the future of true education in this country.”

Ratio Christi is currently consulting legal counsel regarding this matter.