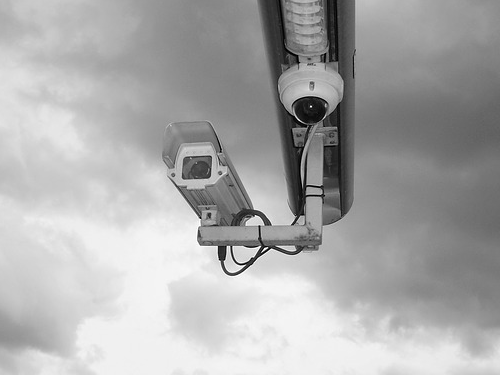 It should come as no surprise to most drivers, that speed cameras are not being installed on your roadways to make your life easier (and they are your roadways. Your taxes paid for them). As much as the government would like you to think that they have your best interest at heart, these devices do not make our roads safer. If anything they may make intersections even more dangerous, and they really don’t serve any purpose beyond generating revenue for the city and the police department.

One Missouri county has had enough, and decided to hold a referendum to ban the use of red light cameras. The measure passed with 73 percent of voters in support of the ban. However, some elected officials aren’t happy with the new bill, and have decided to bypass the will of their voters.

St. Peters, O’Fallon, Lake St. Louis, and a councilman from O’Fallon are filing a lawsuit in attempt to block a ban on red light cameras in St. Charles County.

Voters approved the ban November 4, with 73 percent of those who went to polls supporting the measure. However, those suing maintain the county has overstepped its legal bounds.

Normally I’m quite wary of Democracy, and its ability to give privileges to the majority at the expense of the minority. But in this case, the voters weren’t attempting to stomp on the rights of the minority. They were attempting to protect their money from a thieving political class, and that class is obviously doing their best to stop them. Fortunately, they probably won’t succeed since the councilman who are challenging this ballot probably don’t have any legal authority to do so.

The attorney representing the cities filing the lawsuit said the county’s legal authority is very clear.

“The state can dictate what cities are authorized to do or prohibit the cities from doing things. There’s nothing in the Missouri Constitution that provides the county to do the same thing,” said attorney John Young.

It just goes to show you how dangerous our elected officials have become at all levels of government. They try to tell us that we live in a democracy when it benefits them, but when we vote to cut their funding, they act like they have special powers that were never granted to them.

While the state constitution should keep their money grubbing mitts away from Missouri’s drivers, there is still a possibility that they could overturn the ban. After all, The United States Constitution has been violated by the political class numerous times without any consequences. Political documents mean nothing to politicians if there aren’t enough people willing to protect their rights.

Hopefully the residents and courts of Missouri can stop the overreach of these councilmen, because if they can’t, it’s going to set a very dangerous precedent for elected officials in the future.