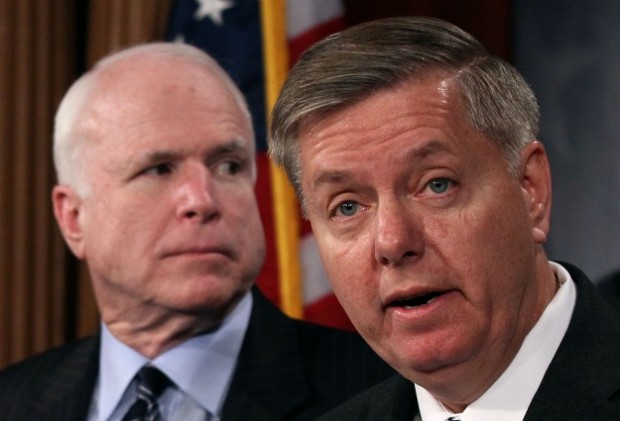 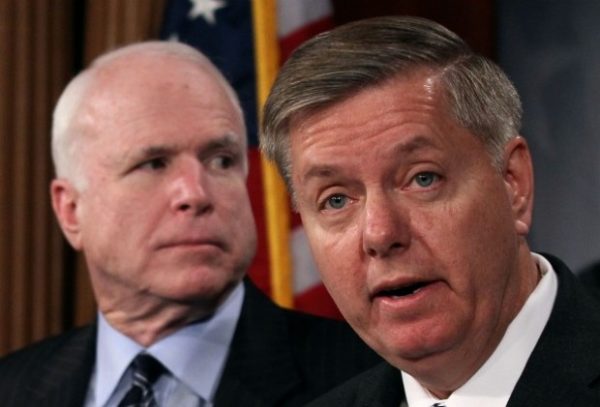 Senators and BFFs John McCain (R-Ariz.) and Lindsey Graham (R-SC) are removing their adversaries from their state Republican parties to control campaign funds and party politics.

According to Politico, McCain is seeking revenge on the state party that had him censured by having his political team engage “in an aggressive and systematic campaign to reshape the state GOP apparatus by ridding it of conservative firebrands and replacing them with steadfast allies.”

In his focus are conservative activists who hold obscure, but influential, local party offices.

By doing this, he is removing the party officials who are also in control of campaign funds.

“There’s been a huge organizational effort that I’ve never seen before,” said Gordon James, an Arizona public relations executive and longtime McCain confidant, told Politico. “A lot of the party folks who were hostile to John McCain have been marginalized, and that’s a good thing.”

In October, Graham also did some housekeeping.

According to FITSNEWS, anti-Graham members of the South Carolina [Greenville County] Republican Party were removed, calling it “a seismic shift within the party.”

One GOP insider told BenSwann.com’s Joshua Cook that Graham has his eyes on Greenville County, a local party that censured him for his progressive voting record.

There is an organized effort to remove all limited-government and pro-liberty executive committee members by systematically purging them from the Party. FitsNews calls this move, the Greenville Coup.

The Greenville County Executive Committee, which includes Graham’s Regional Director as one of its members, recently tried to pass a rule change requiring the body to pass future censure motions by a two thirds vote, instead of the current majority vote. Graham has been on the receiving end of two censures from the party. Fortunately, that rules change was defeated by the conservatives still left in the Greenville GOP.

Tea Party leaders are planning to “take back the Party” from establishment Republicans loyal to Graham at precinct reorganization next spring. But a few weeks ago, the County Party leadership announced significant changes to the upcoming precinct reorganization. Some have speculated that these changes will allow more centralized control of the process. Simply put, Tea Party leaders have an uphill battle to regain influence and control of the county parties.

Some speculate that this move by Graham could be revenge on the Tea Party, but it could be something more practical, like laying the ground work for his own presidential run in 2016.