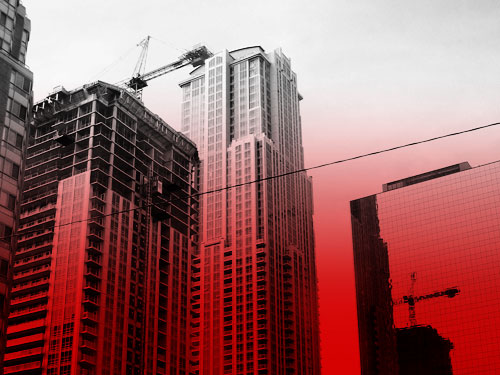 2014 has been one long year of economic yo-yoing. Many are breathing a sigh of relief knowing that another year has come to pass, and a better one will be replacing it.

In fact, half of the U.S. population feel confident that 2015 will be better than it’s predecessor. The Gallup’s economic confidence index has hit the highest level since the last recession.

That said, Michael Snyder, writer for the Economic Collapse Blog says, “not so fast.” He warns that everyone should stop looking to the machine-driven media for false hopes in 2015. Snyder believes that we are in store for a much more dismal year than the media is letting on.

“Sadly, what we are experiencing right now is so similar to what we witnessed in 2007 and early 2008.  The stock market had been on a great run, people were flipping houses like crazy and most people were convinced that the party would never end.

But then it did end – very painfully.

The signs of trouble were there, but most people chose to ignore them.

It appears that the confidence in the economy may be another over-inflated attempt at masking the true state of affairs. In fact, some of the largest U.S. corporate conglomerates are planning for massive layoffs in the coming year.

CEO of the Coca-Cola company, Muhtar Kent dubbed 2015 as a transition year and notes that 2015 will most notably be “the most important year for us to make the changes in terms of a leaner, better-operating model.” He adds, “The consumer is challenged everywhere around the world,” Kent said in a conference call. “There is a lot of volatility in the world, in currencies, in interest rates, in growth rates and in geopolitical issues.” 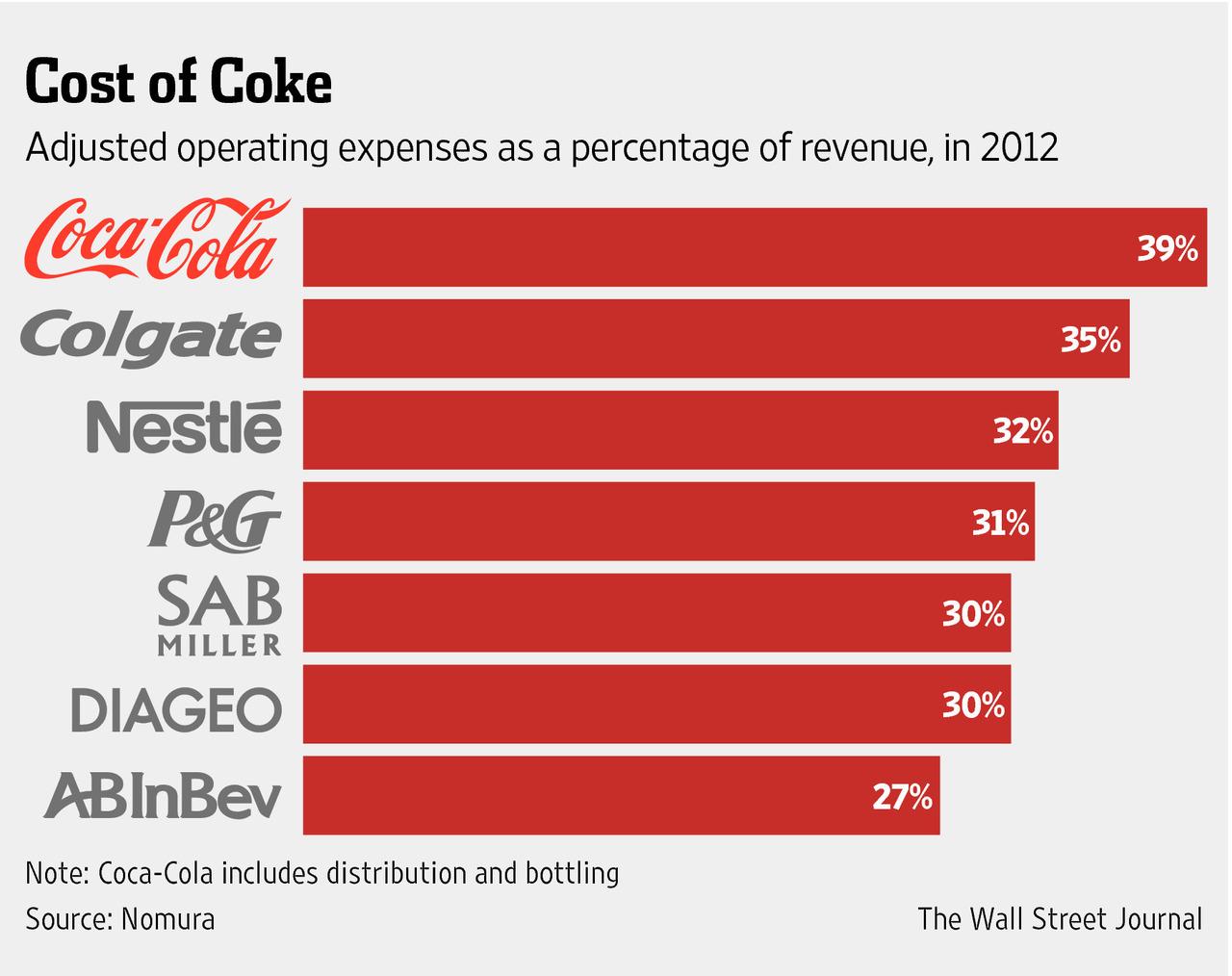 In order to cut losses due to a disappointing quarter, the popular soda company plans to cut at least 1,000-2,000 jobs in coming weeks to try and rein in costs. As well, other major companies have also felt the buoyancy of the world economic markets. Halliburton, USPS and even IBM are also hinting at layoffs in 2015.

There’s concern that the coming year will also be the beginning of the energy sector layoffs. Crude oil has plunged to nearly $50, and energy companies have begun announcing cuts to their 2015 capital budgets of as much as 25 percent. As well, rig counts are falling in Texas as companies shut down drilling operations. Source

Since 2008, prices of products have continued to rise in order to adjust for the declining economy. As Mac Slavo of SHTF Plan points out, the Baltic Dry Index, a key indicator of economic health and stability, has collapsed to nearly the same levels we saw in the 2008 collapse. 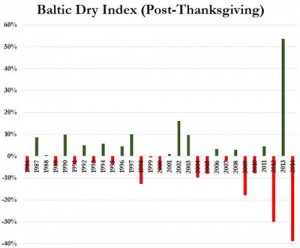 “To say that there has been a massive slow-down in global trade does not do justice to the seriousness of what’s happening.

Central banks around the world have literally pumped trillions of dollars into the system over the last several years and the only thing they have really accomplished is to send stock markets to new highs and the enrichment of bankers who have had the benefit of money with no borrowing costs.

Other than that we are seeing a total destruction of the economy. Consumers aren’t buying. Decent jobs are nowhere to be found. And costs for average people are going up in the form of taxes and essential goods.

We can pretend like none of this matters, but the Baltic Dry Index is throwing up a clear warning sign of what’s to come.”

Even if you feel that you have job security, consider the notion that these charts and plans for future layoffs are an indicator to an ailing economy. If the economy is in peril, that means that your job could be too. Consider these tips for preparing for unemployment:

Keep the Basics in Mind

You know that SHTF moment you’ve been waiting for? This is it. Unemployment is the top reason for personal disasters. Similar to any type of disaster planning, your primary concerns for a personal SHTF event are to keep the basics in mind: food, utilities and shelter. As long as you have food on the table and a roof over your head, you can manage most issues that come your way.

Before an unemployment crisis in imminent, you want to plan for it by saving money and accruing shelf stable foods.

Ideally, you want to store shelf stable foods that your family normally consumes, as well as find foods that are multi-dynamic and serve many purposes. Consider storing a bulk supply of these shelf stable pantry foods. In the long run, these have long-term storage lives so you don’t have to worry about putting food on the table. Further, shop only to replenish the stockpile and plan your meals around the food you have stored away.

Cut the budget. When job loss occurs, your finances will quickly dwindle and your budget may simply be too tight to take care of everything. It’s time to live more modestly and cease all erroneous spending. In fact, this article gives suggestions on how to live on $1,000 a month.

That said, choices must be made as to which bills can be paid and which ones will need to be put off until the budget allows. If you decide to leave some bills unpaid for a while, make sure the unpaid bills are those of unsecured loans. Things that are less important are credit cards and non-essential monthly bills such as cable and cell phones. Although you may not want to go without these things, it’s better than becoming homeless. Remember the prepper saying, “Categorize your ‘nice to haves’ and your ‘need to haves’.” As well, be aware that skipping these payments will damage your credit rating, however, it’s better to have poor credit than to have hungry children. Prioritize by paying for food, utilities and shelter before anything else.

Reduce your utilities. One of the major expenses in running a household is paying for utilities such as heat, electricity, water and garbage pick-up. Start now to cut your dependence on utilities as much as possible. (This has the added benefit of lowering your bills, freeing up more money to purchase preparedness items.) By being in the habit of using utilities frugally, it will be less of a change for your family during the stressful time when this becomes a necessity. Try these simple ways to reduce your consumption of utilities:

Generate additional income. Further, you may want to consider coming up with a back-up plan to generate additional income in the event of a worst case scenario. Do you have a skill that you can provide to others? Are you a whiz on the computer? Perhaps, you can offer to fix people’s broken computers by starting up an at-home business? Or, if you have mechanic skills, you can offer your services that way.  This post has a ton of ideas to get you started.

To conclude, while many are taking everything they hear at face value about the prospering economy, others have a more guarded perspective. Take action now to prepare for the possibility of unemployment and a declining economy with the tips listed above.

You know what your family needs to thrive during a disaster. Now is the time to invest in those needed items. Having emergency reserves to fall upon during times of economic discord can help your family fluidly transition into making adjustments to the budget and concentrate on finding employment.