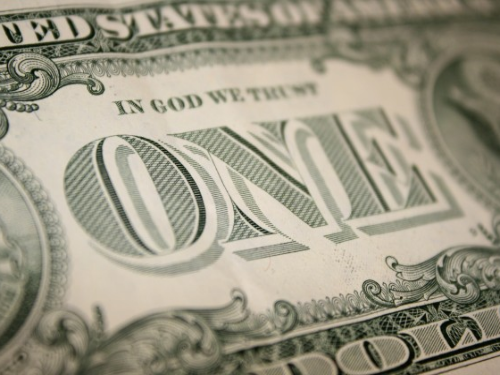 Reach into your pocket right now and pull out one of those righteous dollar bills you own. Take a good look at, in all its green and symbol laden glory. Have you ever stopped and asked yourself “What is this really worth?”

But what is it really worth?

Nothing. It’s worthless, and that’s the godawful truth. I’m not exaggerating to make a point either. It’s not just overrated, overinflated and backed by nothing but confidence. It is quite literally worthless. Less than worthless in fact! Our fractional reserve banking system spews out “money” that is nothing of the kind.

This thing that we spend our whole lives desperately trying to accumulate; that builds our roads, feeds our bellies, pays our mortgages and fuels our dreams. This glorified token that puts our kids through school so that they may spend their whole lives trying to accumulate it as well, is not really money. It’s debt! And it’s not even your debt. It’s somebody else’s liability.

It’s a bit complicated too, which is probably how the bankers like it. They wouldn’t have gotten away with this con for so long if it were easy for the everyman to digest, but one film maker has decided to give it a shot. James Schamus is a Hollywood producer and screenwriter who has contributed to films like Crouching Tiger Hidden Dragon, and Eternal Sunshine of the Spotless Mind. In his downtime he has become an avid student of economic theory and history, and has used that knowledge to produce one of the most comprehensive short films on the subject. What he has to say about our banking system might just blow your mind.

Or if you’re already well versed on the fractional reserve banking scam, send this to your friends and family who are still in the dark. This wicked system thrives on ignorance, and if everyone knew how badly they are being screwed, we could finally put an end to it.