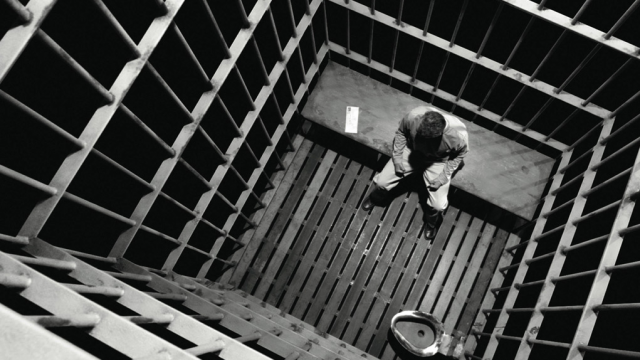 Many of the articles I write fall into the category of corporations (e.g.. bankers, weapons manufacturers, managed health care) imposing their unconstitutional and unethical will upon government and ultimately this serves to exploit the average person. This article falls into the same category. However, this story comes from an angle that most would find surprising. Specifically, the American criminal justice system is increasingly becoming a criminal enterprise system and you, taxpayer, are funding these unconstitutional and inhuman practices.

The United States Is the World’s Biggest Jailer

The United States only has about four percent of the world’s population. Yet, the U.S. presently incarcerates over one quarter (25%) of world’s prison population. In this, the land of the free and the home of the brave, an American citizen has a six times greater chance of being incarcerated than in most other countries.  We lead the world in per-capita incarceration rates and the number is growing by leaps and bounds. Over the past 45 years, our prison population has risen by 700%. Incredibly, one in 99 American adults are behind bars in the U.S.

Further, one in 31 adults are under some form of correctional control (e.g. prison, jail, parole and probation populations). All too frequently, incarcerations are the result of low-level, non-violent offenses.

Tragically, this is an intentional result of the American justice system which has been taken over by private corporations seeking to maximize profits at the expense of the poor. Why the poor, because the poor do not have the means to fight back.

If you are reading these words and are a person of color who believes that the “system” is tainted against you, you are correct. However, the prejudice that many ethnic minorities face is not the result of skin color. Instead, it is the result of a perverted form of class warfare. Subsequently, the poor in this country have had war declared upon them by the criminal justice system and those who profit from the administration of justice in this country.

Given our incarceration rates, it is apparent that the number one goal of our justice system is to incarcerate as many poor people as possible who do not have the economic means to fight back. These conditions are leading to the creation of a “prison industrial complex” that is just as real and just as corrupt as the military industrial complex.

Privatizing Probation for Fun and Profit

The prison industrial complex is motivated by profit. Privatized corporations have been given extra-judicial authority in this country to jail as many people as possible. And they have found an old way to accomplish this goal. The end result is that on an increasing basis, our prison population is made up of nonviolent offenders who cannot pay their court costs. In other words, our prisons are increasingly being turned into debtors prisons.

The State of Georgia, a Case In Point

An estimated $40 million in revenue in Georgia alone, comes from county and city courts who incarcerate convicted persons who are too poor to pay court-imposed fines and fees.

Human Rights Watch released a report entitled Profiting from Probation, which is a specially prepared report that discusses some of the evils of the privatization of the criminal justice system.

The net effect is that In America, we now have private, for profit corporations working in partnership with both county and city courts to extort money from people who can least afford it.

The Human Rights Watch reports detail the experiences  of Thomas Barrett in Georgia. Barrett was unemployed and dependent on food stamps. Barrett was on probation and was subsequently ordered to pay a $200 fine for stealing a $2 can of beer from a convenience store. Sentinel Offender Services LLC, the company charged with administering Barrett’s probation, charged him an outrageous $360 per month in supervision fees that were catalogued as “supervision fees” and “monitoring fees”. Barrett’s sole source of income was earned by selling his blood to a blood bank. According to court documents, Barrett skipped meals to try and pay his fines and fees. The net economic result was that Barrett owed Sentinel $1,000 in fees and late penalties which was 500% greater than his original fine.

Barrett simply could not meet Sentinel’s burden of payment. Therefore, Sentinel, seeking to collect its blood money, successfully petitioned the court to rescind Barrett’s probation, and the court jailed him. At no point in time did Sentinel or the court take into consideration Barrett’s ability to pay, which is a violation of the law in all states, including Georgia as per the 14th Amendment.

According to Judicial Watch and the ACLU, hundreds of thousands of poor people across the country who are being treated in the same manner by an unholy partnership between private probation companies and cash-strapped local governments.

Judicial Watch found that more than 1,000 courts across several states, are seeking to generate revenue by collecting unpaid debts from those convicted of misdemeanors without hiring any municipal staff to administer probation. Instead, these courts contract with private firms that seek to make a profit and promise to do the job for free. However, as we see in so many aspects of government, the act of privatization simply shifts costs onto poor probationers through fees paid directly to private firms, which are entirely separate from fines imposed to punish or deter crime in the name of defending society. Perversely, those least able to pay remain on privatized probation the longest and pay the most to private probation companies.

It is not news to anyone in the know that private probation companies are engaged in a court-sanctioned extortion racket with devastating human costs and expense to the American taxpayer. In a 2010 report, In for a Penny: The Rise of America’s New Debtors’ Prisons, the ACLU accurately described how in Georgia “The profit motive gave private companies a clear financial interest in extending probation terms in order to collect additional fees and drove certain probation officers to engage in abuse and coercion to secure payments from poor probationers, including by threatening jail time and seeking court-issued arrest warrants for those who miss debt payments.”

Human Rights Watch’s extensive investigation confirms that these problems have grown increasingly worse since 2010 as the private probation industry has grown exponentially. The result is a system that ignores the 14th Amendment as these practices illegally discriminate against the poor and disproportionately affects racial and ethnic minorities.

As outrageous as the privatization of our parole/probation system is, it is only a means to an end. What I have discovered is that this is only the tip of the iceberg. The criminal justice system is aiding and abetting literal slavery inside of American prisons. What you have learned here is how corporations, engaged in the privatized prison business, typically “recruit” their slave labor participants.

In the next article you will read about how many American prisoners are slaves and their labor is being exploited for profit. And any official who would stand in the way of  these practices faces serious retaliation and even professional consequences. 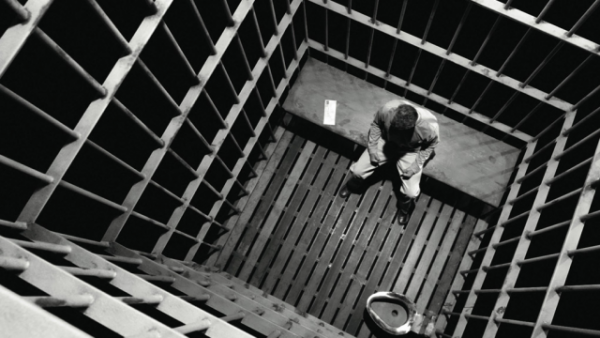