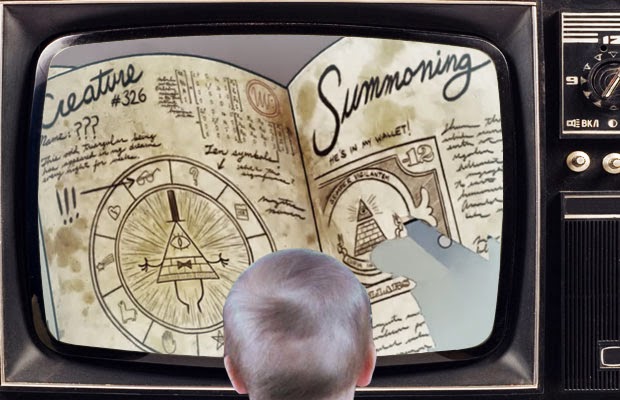 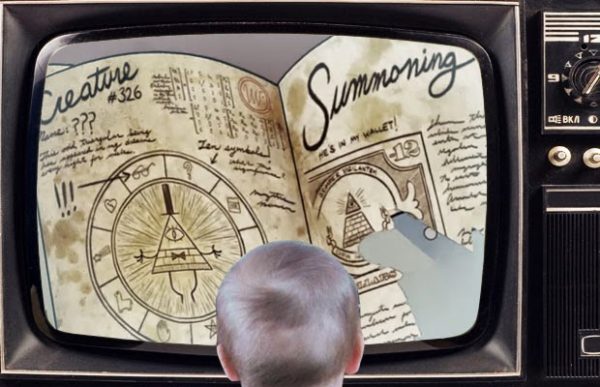 Yeah, I’m aware that “occult” simply means “hidden” — kinda like this subliminal is meant to be repeatedly hidden in your child’s mind every time he or she watches the Disney channel.

Symbols may be neutral in and of themselves, but rest assured the people assigning meaning to these aren’t assigning positive ones.

In the comments on this video, YouTuber QueenBee Nightly summed it up nicely:

It’s basically a sigil and yes, it’s totally going straight into the subconscious. Because they want your kid to be a sociopath or narcissist. Bill is surrounded by the elements, as well as words that mean stuff about light actually. and the page with the skull and stonehenge, well frankly that is just cheezie satanism stuff. Thing is, these are symbols children will have to face in life, and there is an agenda to introduce them in a certain manipulative way and this is it! Good eye. The jaw unhinged from the skull is bad juju, let’s put it that way. Silencio. And “zombie curse” under the skull…yeah. They wanna put a stupid, cheezie zombie curse out there. Dumbing it down as usual.