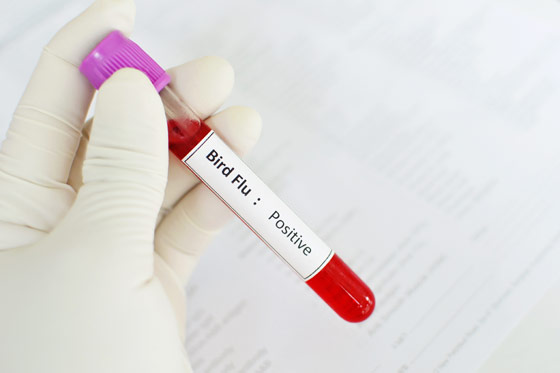 Though it’s not as deadly as the West African Ebola virus, the Avian Influenza A (H5N1) still has a mortality rate of 60% for those who contract it. That makes it a serious disease with deadly implications and it has now made its way to North America for the first time ever according to the CDC.

The virus, a mutation of which was created by scientists in a lab, is believed to have the potential to kill up to half the world’s population should it ever start to spread at a more rapid rate.

Canada has reported the first case of human infection with avian influenza A (H5N1) virus ever detected in the Americas. The case occurred in a traveler who had recently returned from China. H5N1 virus infections are rare and these viruses do not spread easily from person to person. Most of the 648 human cases of H5N1 infections that have been detected since 2003 have occurred in people with direct or close contact with poultry. The Centers for Disease Control and Prevention (CDC) considers that the health risk to people in the Americas posed by the detection of this one case is very low. CDC is not recommending that the public take any special actions regarding H5N1 virus in response to this case. For people traveling to China, CDC recommends that people take the same protective actions against H5N1 as recommended to protect against H7N9 or other avian influenza A viruses. This information is available on the CDC website at Travelers Health: Avian Flu (Bird Flu).

According to Canadian health officials, the patient, who died on January 3, 2014, recently traveled to Beijing, China, where avian influenza A H5N1 is endemic among poultry. This is the first detected case of human infection with avian influenza A H5N1 virus in North or South America. It also is the first case of H5N1 infection ever imported by a traveler into a country where this virus is not present in poultry. No such H5N1 viruses have been detected in people or in animals in the United States.

While human infection is rare, it often results in serious illness with very high mortality (60%). CDC has recommended enhanced surveillance measures to detect possible cases of H5N1 in this country since 2003.

While the current risk from H5N1 viruses is very low and CDC believes it unlikely that cases of H5N1 have occurred in the United States, CDC will send out a reminder to clinicians in this country about when and how to test for H5N1 infection.

Lab Engineered H5N1 Super Flu Could Kill Half of Humanity