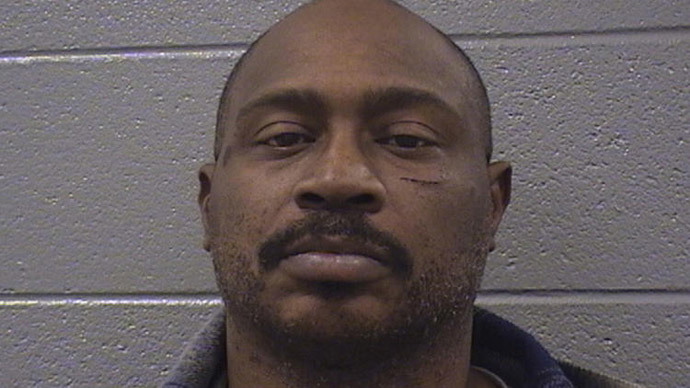 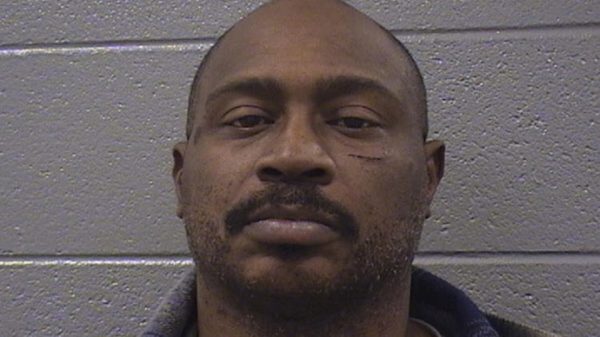 A United States Air Force veteran was arrested on Friday after attempting to save his dog from his burning home. Chicago resident, 48-year-old Samuel Lee Bassett, was told by police and fire fighters to stay away from his house and was repeatedly blocked from entering to save his dog, who eventually died.

The arrest occurred at 3 pm, about an hour after the fire began. Deputy Fire Commissioner Mark Nielsen said

“They kept trying to keep him out of the building ’cause it was unsafe for him to go in…He wanted to go in.”

They told him to stand back but he did not obey.

When police began to cuff Basset, he threw a closed-fist punch at the officer’s face. An officer hit Bassett in the head with hand cuffs during the altercation, but Bassett refused medical attention at the scene.

The Chicago Tribune reported that

“Chicago police spokesman Veejay Zala said the officer’s injuries were ‘absolutely minor’ and were treated on the scene.”

Three firefighters were hospitalized with injuries from the fire and there was no suspicion of foul play in its origins. Bassett, who was not home at the time, lived in the house with his dog and fiancee, who was also out when the fire started. He is an honorably discharged veteran who works as a lighting designer and has no criminal record or history of violence (except perhaps when he was working for the military).

He is expected back in court Friday.

There are undoubtedly many heart-wrenching instances of police mistreating civilians that are more offensive than this one. In fact, many would argue that police were justified in assaulting and arresting Bassett because he repeatedly ignored their orders, then used force against them. Firefighters and police were simply doing their jobs by keeping him safe from entering the building. But while police and court actions may be justifiable to some, several stark realities of modern society are apparent in Bassett’s story.

First, the notion of self-ownership is effectively dead. The home on fire belonged to Bassett, as did the dog whose life was in jeopardy. As Deputy Fire Commissioner Mark Nielsen noted, Bassett was barred from entering his home not for impeding the duties of an officer, but for his safety. It may be true that if he had gone in the building he would have been harmed, but that should have been his choice to make.

The police who repeatedly blocked him from entering did so in the belief that they were helping, but the government’s obsessive rhetoric about keeping people safe has in recent years spiraled out of control. Bassett’s case is a small example of the much broader problem of the government using the excuse of safety to infringe upon rights and freedom.

Second, Bassett’s experience shows the readiness of government and the justice system to destroy lives. He is a veteran with no record, but because of his experience this weekend, he may be permanently disenfranchised. If he is convicted, he will carry the stigma of being a convicted felon. This practice is common when used against millions of people convicted of non-violent drug offenses while the average American commits three felonies a day.

The willingness of the justice system to dole out felonies so carelessly is an indicator of the worst problem that Bassett’s story reveals: that the state is void of compassion and shows no mercy toward those it prosecutes and often victimizes.

That Judge Bourgeois and the officers at the scene of the fire showed Bassett no sympathy—especially when the officer he punched was by the own police’s admission not injured—shows this inability to empathize. Though Bassett may not have been wise in trying to enter his burning home, it is a reaction many people would understand in that he was emotional and attempting to save his beloved pet. It is even understandable that under stress, Bassett punched the man attempting to stop him from saving his dog. But government officials showed no empathy.

Rather, the state is consumed with exercising authority and “law and order” at all costs—even in the face of human loss and tragedy.