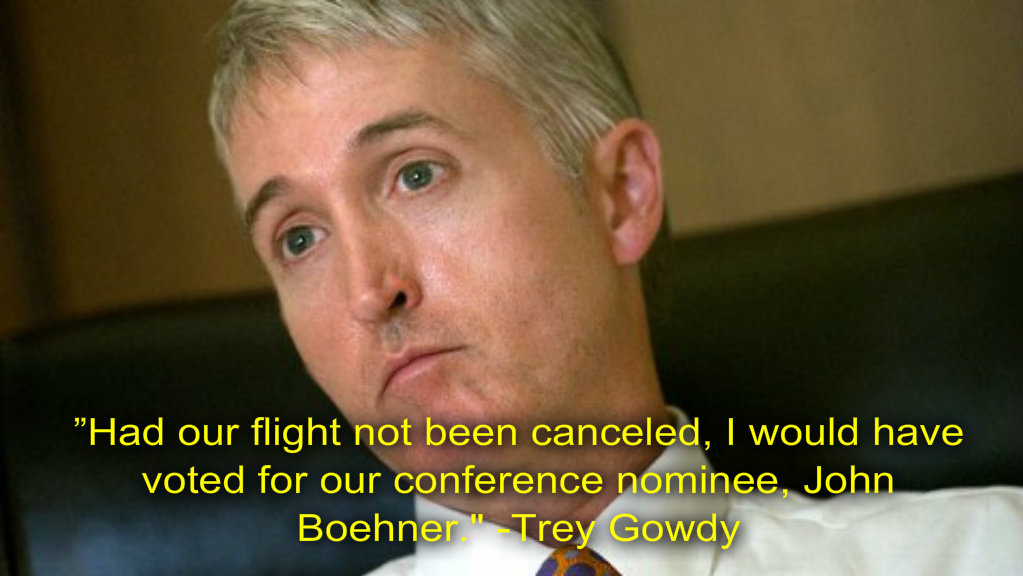 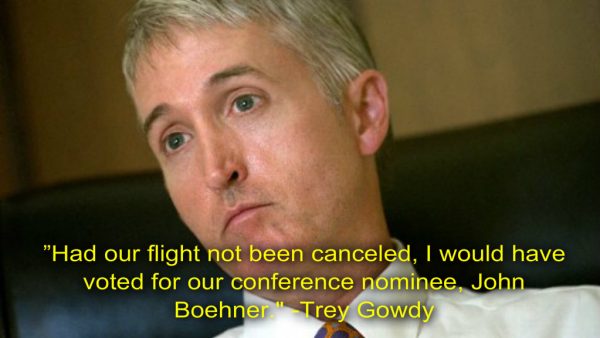 Did anyone else just want to stay in bed today?

It seems that the November shellacking that the people put on the liberals was short lived.

Because they are all liberals.

At least most of them are.

Here are the 25 House Republicans who voted against John Boehner to retain his speakership, and who they voted for (courtesy of the Washington Post):

Brian Babin’s vote of “present” is not a ringing endorsement of his opposition to John Boehner. I would hesitate to give any credit to Babin.

I had to go through the list twice this morning to make sure my eyes hadn’t failed me. Where is Trey Gowdy?

Do not be concerned.

Trey Gowdy missed his flight and couldn’t be there for the vote.

Rep. Trey Gowdy missed his flight to Washington Tuesday morning, but said he would have voted to re-elect John Boehner as speaker, despite an effort underway by some conservative members to oust him.

“A canceled flight, due to weather, from South Carolina to Washington this morning regrettably prevented me from being in Washington for today’s speaker vote,” Gowdy said in a statement. ”Had our flight not been canceled, I would have voted for our conference nominee, John Boehner.”

Let me ask you a question America.

Do you still think that Trey Gowdy is the answer?

We have been screwed again. How long are we willing to take it?

How many of us will “regroup” and chant the same old worn out mantras of “turning it red” in 2016?

If we don’t start learning from our mistakes, and subsequent defeats, then the people have no chance to reclaim this country. If it doesn’t work then we need to do something that does.