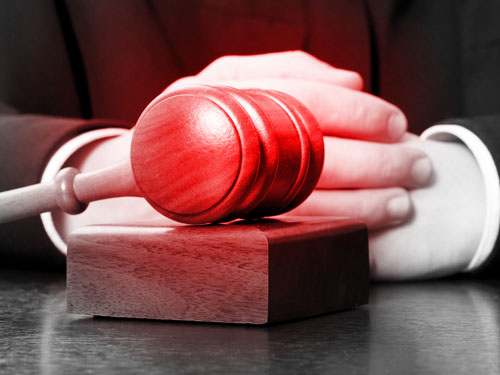 How can any American living here in the supposed “land of the free” honestly believe we still are?

The Connecticut Supreme Court has now ruled that yes, the government has the power to force a minor to undergo chemotherapy treatments even if she doesn’t want to.

That’s right. The court has unanimously determined that a 17-year-old patient cannot refuse chemotherapy treatment, even if her mother agrees they want to seek alternative treatment, for her Hodgkin’s lymphoma.

We aren’t just a fascist oligarchy and a police state, but we absolutely a medical tyranny.

Let’s just try to overlook the fact (even though it’s huge and deserving of its own article) that we even live in a society where the number children getting cancer these days is skyrocketing.

This particular story centers around 17-year-old Cassandra Callender who, after being diagnosed with cancer in September and taking two treatments, ran away from home for a week in November because she did not want to take anymore. Cassandra has said that she feels chemotherapy is a poison and, that the girl, “believes chemotherapy would cause significant long-term bodily harm, like organ damage and infertility,” reported Vox. When she returned home, Cassandra refused to take anymore chemo and her mother stood by her daughter’s decision.

When the mother stood by her daughter’s decision and they refused to take any further treatment, the hospital reported Cassandra’s mom Jackie to the Connecticut Department of Children and Families (DCF) who took Cassandra away and ordered the family to comply with the treatment.

Cassandra and her mom took the issue all the way to the Connecticut Supreme Court…and lost.

Cassandra’s case centered on the fact that both her and her mother’s constitutional rights were violated when the state attempted to force treatment; that patients can’t be forced to take such treatment over informed objection; and that the mature minor doctrine should be upheld which says that unemancipated minors may still be considered legally mature enough to make their own decisions in regards to health and medical treatments.

Connecticut, however, argued that the so-called “experts” have agreed that without chemo Cassandra could die, and because it is the state’s duty to save her from harm, the treatments must be made compulsory.

According to a DCF statement, “When experts — such as the several physicians involved in this case — tell us with certainty that a child will die as a result of leaving a decision up to a parent, then the Department has a responsibility to take action.”

So rule by experts…ah yes, add “technocracy” to the list because America is also a technocracy as well.

Once again, the government has trumped parental rights.

The court has upheld that they can force you to inject what you believe are poisons into your child’s body if they say they are the “experts” and it is for your child’s own good — something the State and its experts have decided they know better than parents do in these cases.

As I’ve reported before, the courts tried to force a 10-year-old Amish girl to receive chemotherapy in Ohio last year. The family went into hiding to avoid the decision.

Another case in Minnesota saw an eight-year-old girl whose family believed in alternative medicine forced to give her daughter chemo by the court.

But who will be held responsible if these State-forced medicines do cause harm down the road? Who will be legally responsible then?

The reality is, this won’t end with cancer treatments and we all know it.

We’re just getting started on this slippery slope to medical Hell. Can you imagine what they’ll use these court decisions to justify making compulsory in the future?

How about vaccinations for starters? All the “experts” have to do is say that they believe a vaccination is a life-preserving treatment and that parents who refuse vaccinations for their children are legally neglecting them in a way that might cause harm… America has already had the most aggressive vaccine schedule of any nation on the planet for a while now. States are already in the process of making it harder for parents to opt out of vaccinations, as the number “required” continues to grow.

Founding father Benjamin Rush warned over 200 years ago that medical freedom should have been added to the Constitution:

But they didn’t…and now here we are.

Land of the free? More like “home of the medically enslaved.”