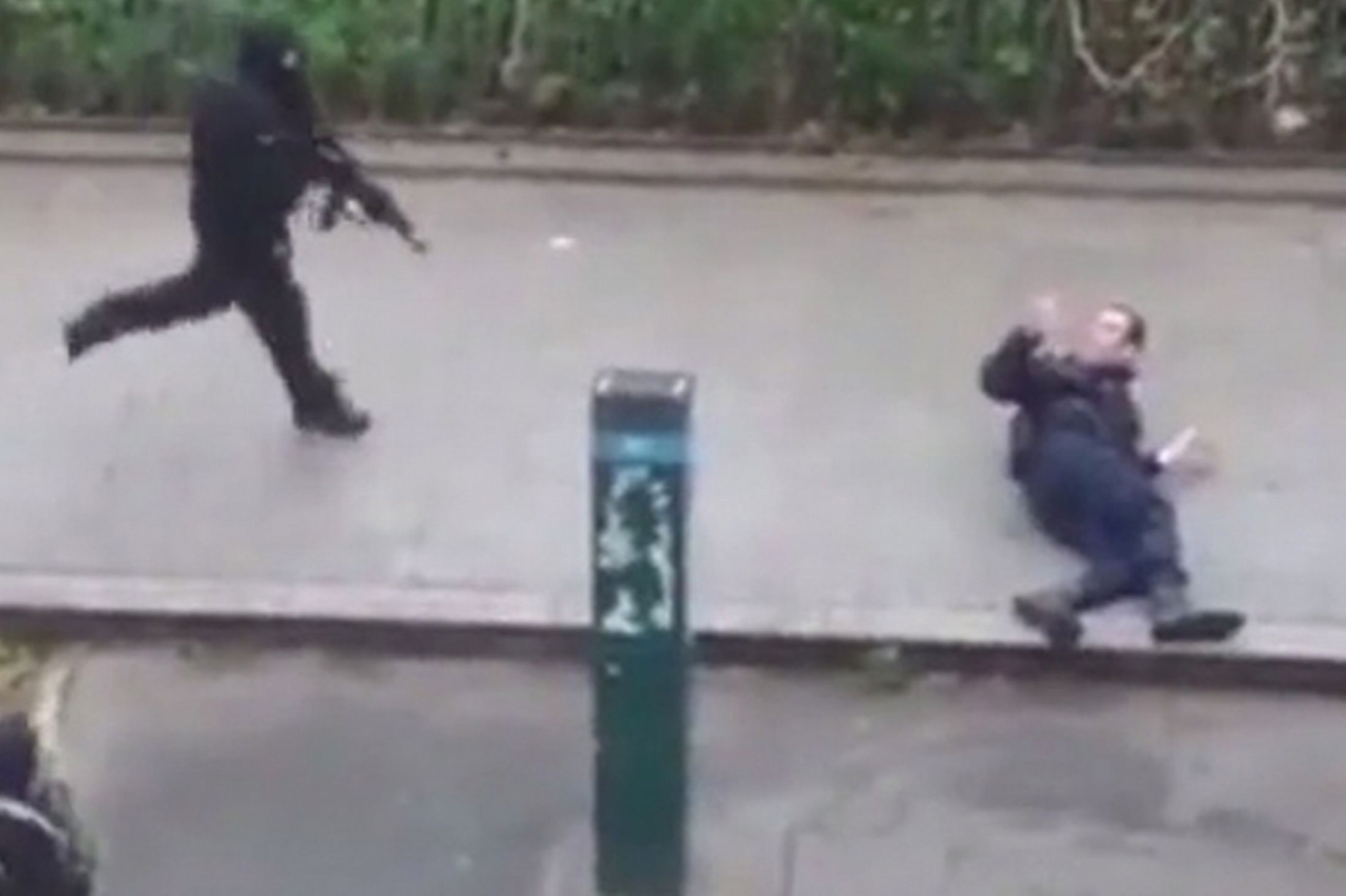 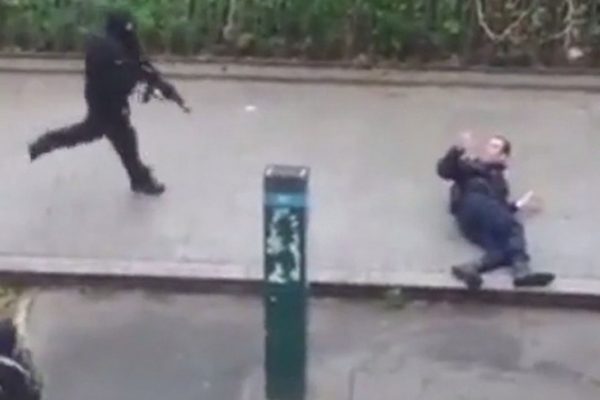 Yesterday, a slowed down video released on YouTube showed what was purported to be a police officer executed on the streets of Paris by Islamic terrorists.

Bizarrely, the video shows no weapon recoil and no blood, even after the officer was reportedly shot in the head at point black range with an AK47.

Now video has emerged today, in which a reporter, following up on the aftermath, stands where the cop was shot, and lets a rather strange sentence pop out of his mouth:

“The spot where he fell has already been marked by candles, by some flowers which have been laid here. This area was largely cordoned off last night so not many people could have come here so there’s not much sign of presence. You can see the blood on the ground which has been put there.“

The blood on the ground…has been put there???

Are we to take this literally, or attribute it to a misspoken statement? It would certainly fit with the lack of blood seen in video and images released of the actual shooting.

The weird just got weirder. What is going on here?