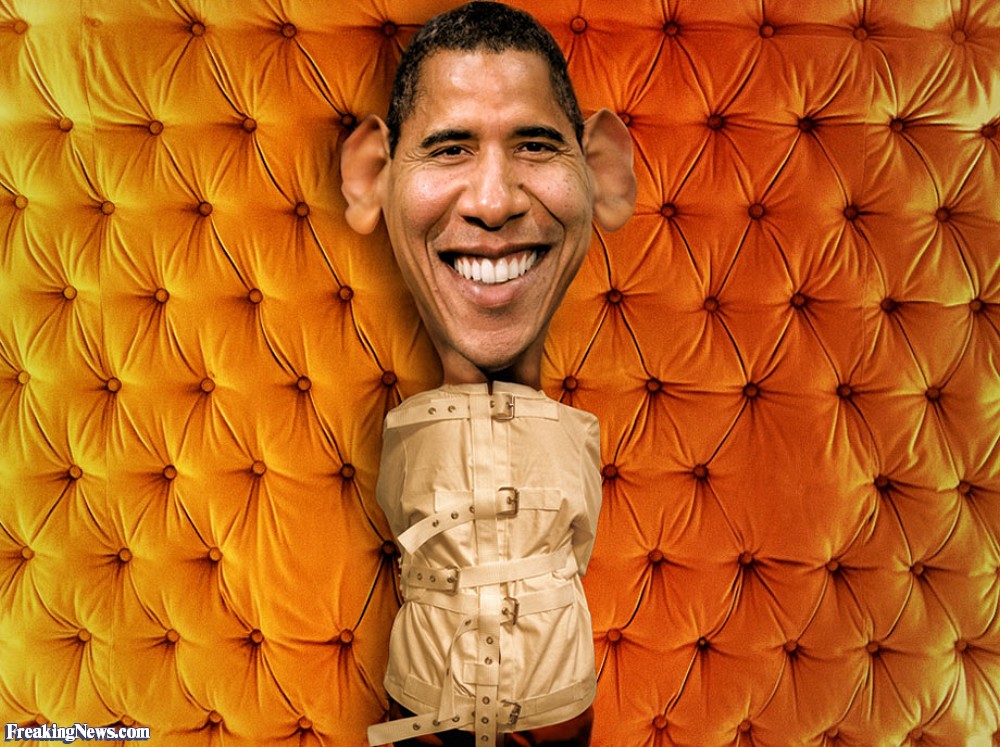 “They hate us because of our freedoms.”  Who will ever forget this previous statement by one of the “intellectual giants” of our time, George W. Bush? Was George correct about the freedoms that Americans possess which would cause someone to do us harm out of envy?

On the surface, we appear to have a lot to celebrate. Before every sporting event, the National Anthem is played. Before public meetings and before most schools commence their daily instruction,the Pledge of Allegiance is frequently recited. On the surface, Americans appear to have much to be thankful for with regard to the degree of freedom and the amount of opportunities available to us.  In general, we just seem to be the happiest people on the face of the earth. However, the data tells a much different story.

The United States is a nation in severe decline and it beginning to show up on our mental health which is a reflection of the troubled political and economic times that we find ourselves in. In 2013, over 9.3 million Americans had serious thoughts of suicide during that year. During that same year, 43.8 million adults (age 18 or older) experienced a diagnosable mental illness as 2.7 million (1.1%) made suicide plans and 1.3 million (0.6%) attempted suicide.

In 2013, major depressive episodes affected approximately one in ten (2.6 million) youth between the ages of 12 to 17. However, Americans do not get consistent treatment with only 38.1 percent of depressed youths receiving treatment for serious clinical depression. The SAMSHA Report found that, approximately 34.6 million adults (this represents 14.6% of all American adults) received mental health care. These number are significantly escalated over the period covering 2002-2011.  According to the new report, 44.7% of adults with any mental illness and 68.5 percent of adults with serious mental illness received mental health services. The numbers listed above are indeed grim. The rate of mental illness is growing in lockstep with our failed economy. There is a definite correlation between the growing rate of mental illness and our obvious failures as a country. Over 20% of Americans have a diagnosable mental illness. Anywhere from 35-40% are receiving no treatment. This means that when the economy collapses, millions of displaced people with a significant mental illness will greatly exacerbate the coming civil unrest.

There is now evidence that Americans are far more mentally ill than our foreign counterparts.

According to a presentation offered at the IFPE Congress in Vienna, Austria on April 18, 2010, on the results of World Health Organization’s World Mental Health Survey, 19% of studied Americans experienced a clinical anxiety disorder in the previous twelve-month period, which pushes the United States into a ranking of first place in this category.

What do Americans have to be so nervous about? At least part of the answer which explains why Americans have such a high degree of clinical anxiety, is contained in the following paragraphs as it is undeniably stressful living in America under the present set of conditions.

The United States is a nation in decline. Last year the U.S. came in 10th place in the annual rankings of World’s Happiest Countries. This year America has fallen to 12th. And this is in a country which historically believed that the next generation would do better than their parents. That is certainly no longer the case. This marks the first time in the history of the Legatum Institute‘s Prosperity Index that America has not placed in the top ten.

Most disturbingly in the period from 1968 to 2008, the suicide rate in America rose 308% for people aged 15 to 24. It is clear that our children do not want to live in the conditions arising from our New World Order.

These rising mental health calamities reflect the social, political and economic attacks that we are enduring at the hands of the globalists.

According to the Economist Intelligence Unit Democracy Index 2011, the United States is tied with Romania for forty-ninth in civil liberties. Several countries such as Australia, Canada, Ireland, New Zealand, and Norway are tied for first.

Secretly disappearing people under the NDAA, executing three American citizens with drones, and unbridled, Fourth Amendment violating spy activities will put a country on par with Romania with regard to civil liberties.

We have also lost Habeus Corpus and we are losing our free speech rights to the United Nations as well as every form of due process that we once cherished under our Constitution. And if you don’t like the unfolding criminal enterprise system which suddenly appeared before our collective eyes, the bankers have rolled out a technocratic police state which would make Stalin and Hitler envious. Both the police state and impending martial law are bolstered by the fact that the Department of Homeland Security has purchased 1.6 billion rounds, oops, make that 2.2 billion rounds of high tech bullets engraved with the names of citizens who dare to oppose this tyranny.

Can one only imagine how far America’s civil liberties rating would have fallen if Obamacare’s most dastardly provisions were known to the pollsters?

There are many figures which illustrate why Americans are justified in being so bearish on the American economy. However, when we can point to the fact that the average citizen in India and China can accurately state that they think that it is a good time to find a job is 40% and 36%, respectively, yet, in the U.S. and U.K., those percentages are, respectively, 26% and 12%, it speaks to the abysmal set of financial conditions in the United States. This directly impacts our collective levels of resilience and optimism.

Freedom of the Press

The Common Sense Show exists because there is very little freedom of the press. Today, six corporations control most everything you hear, read and watch.

One would think that the First Amendment to the Constitution would protect the freedom of the press. There was a recent time when the United States was previously ranked 20th in the freedom of the press, but the US has fallen 29 places to 49th place. One of the reasons listed for the decline are the many arrests of journalist covering Occupy Wall Street protests. Certainly, the Occupy Wall Street arrests had a lot to do with the slippage. The US is now ranked lower then most western European countries including Finland, Norway, Netherlands, Switzerland, Sweden, Denmark, Ireland, Germany, Belgium, UK, France, Spain, etc. The Europeans scoff at our notion of the freedom of the press.

Do you remember former award-winning CNN journalist, Amber Lyon, who quit the network in order to maintain her journalistic integrity as she alleged that CNN was receiving payment from the government to cover, and not cover, certain stories.

By the way, can we only imagine how far the freedom of the press ratings would have fallen if the murders of Andrew Breitbart and Michael Hastings were taken into account?

Education Could Have Offered Hope

To those who think your children can borrow their way to a degree, think again. Today’s U.S. college loan practices, which serve to underwrite much of the cost of a college education, are the most predatory in the world. As of 2012-13, bankruptcy cannot cancel out a student loan debt and delinquent college students can now go to jail for nonpayment. Nowhere else in the world can we find evidence of these types of predatory practices being used against college students as we do here in the United States.

First and foremost, Americans no longer live in the highest salary paying country in the world. In fact, the United States does not even crack the top ten list of the highest salary paying countries on the planet in which Switzerland, Germany, Denmark, Japan, Norway, Austria, Belgium, Ireland, the Netherlands, and the United Kingdom round out the top ten and pay their workers more than workers in the United States. In fact, the United States only ranks 20th in terms of overall gross pay! One would be very naive to call America the land of opportunity. Instead, America is the land of predatory corporations and banks which have hijacked our government for their own benefit at the expense of the American people. As a result, poverty rates among children have reached 25%.

Our education is overpriced, our earning power is substandard, our tax rates are exorbitant and we increasingly live in a rapidly emerging police state. But at least we have our health. Unfortunately, that is not quite true as the United States spends more than the next 12 nations for health care. However, it seems as if we are spending more and enjoying it less as, despite our exorbitant spending on health care, the United States ranks 51st in the world in life expectancy. Cuba, Puerto Rico and Spain have higher life expectancies than the United States. Americans live in the only country in the world where its citizens cannot bargain shop for its medicines in foreign countries because the pharmaceuticals have convinced congress to establish a pharmaceutical monopoly over U.S. citizens. Voice over talent, Jonathan Lockwood has relocated to San Miguel, Mexico. Mr. Lockwood will be able to purchase INTERNATIONAL health insurance  for $150 per month. In the United States, international health care insurance is not permitted by the criminal government who is maintaining a mafia-type protection racket for the managed health care companies. “Death by doctor” has increased to 225,000 patients deaths per year due to gross negligence. No wonder we are the most anxious country in the world!

And with Obamacare death panels looming on the near horizon, things can only get worse.

You Can’t Run and You Can’t Hide

When you have decided you have had enough and try and leave America, your will be assessed a 15% exit fee by our governmental mafia on your financial assets. Yes, that is correct, you are penalized for exercising the privilege of leaving the country. Do you remember as children that we were taught to make fun of the Soviet Union for building fences to keep their citizens in? By the way, Russia now has a flat 13% tax rate. And of course, if you relocate, you must now pay taxes to your new country as well as the United States, thus making the citizens of the United States the only people in the world that have to pay income tax to more than one country.

No Mr. Bush, the world does not hate us because we have freedom. The world hates America because our government is murdering millions of innocent people and depriving millions more of their freedom much in the same manner as our government is depriving freedom of American citizens in our own country. Increasingly, America hates itself because of the circumstances we presently find ourselves in and our poor mental health is a direct reflection of the self-loathing. And speaking of freedom, the United States has the largest prison population in the world. Prison is a breeding ground for emerging mental illness.

The moral depravity of our leaders knows no bounds and this is why the world hates America with such a passion and in the meantime Americans are withering on the vine. Of course there is one solution today that the government cannot take from you. But given the fact that this is an NFL playoff Sunday, I won’t burden you with that option on this holy Sunday. 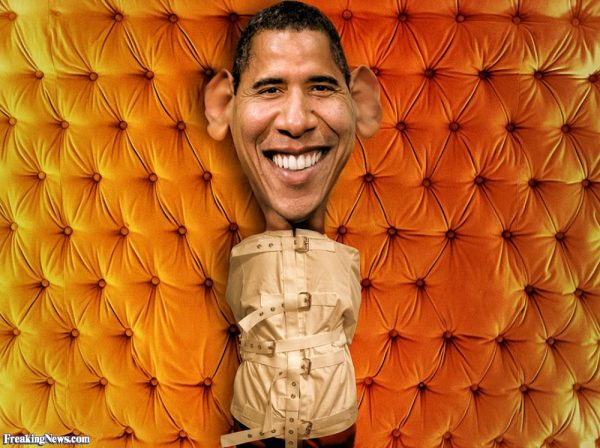