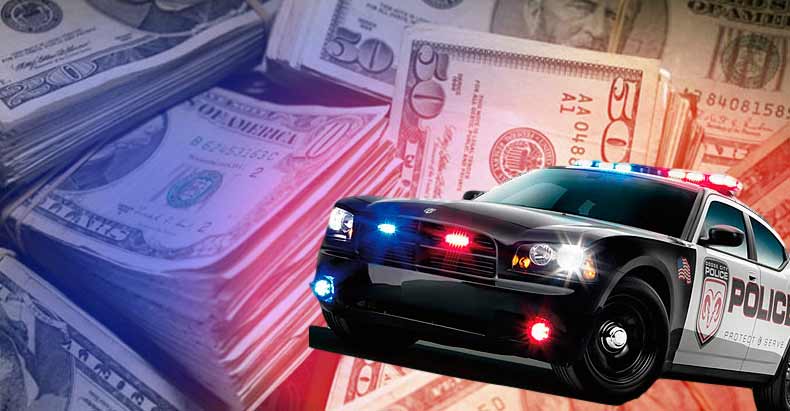 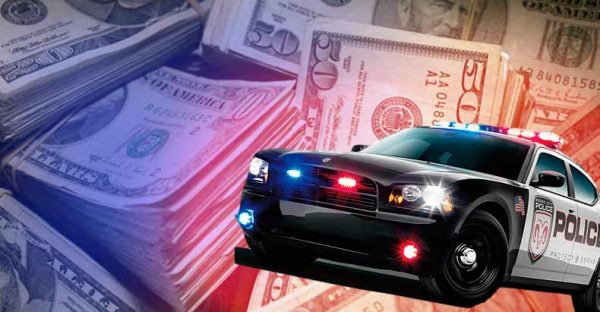 Monroe County, TN — A Tennessee man, who has committed no crime, was forced to file a federal lawsuit to try and get back his property after police robbed him during a traffic stop.

El A. Willis wasn’t charged with a crime and never harmed anyone. However, Willis is now having to fight an uphill legal battle to get back $18,480.00 from the thieving hands of the Monroe County Sheriff’s department.

In February of last year, Willis was the passenger in a rental vehicle driven by his girlfriend, Shonta Williams. Detective Bobby Queen, with the Monroe County Sheriff’s department, claimed he saw the sedan change lanes without a signal.

He then ordered the car to pull over. Detective Queen phoned in the stop to the “Blue Lightning Operations Center” (BLOC) which is a drug interdiction effort by federal, state and local governments. BLOC noted that Williams was driving on an expired license. Willis, however, had a valid license and the rental car was in his name.

Willis was a passenger in this vehicle, whose driver changed lanes without a blinker, but this fact was irrelevant to Queen as he felt it necessary to pat the innocent man down. During the pat down, Queen found a locked money bag. He then demanded that Willis open the bag.

Willis explained to the deputy that he was traveling to Atlanta, Georgia to make a music deal with the cash — and his rental agreement specified that he was allowed to travel in both Tennessee and Georgia. Unable to bust the couple for anything but minor traffic violations, Queen then claimed to smell marijuana and had a drug dog sniff the car and the money bag.

It is widely known that a large percentage (upwards 0f 90%) of U.S. paper money contains trace amounts of cocaine. Having a large amount of cash will most assuredly alert a drug dog.

In fact, the U.S. Court of Appeals for the Ninth Circuit has ruled that government does not have probable cause to seize cash from motorists based only on a drug-detection dog’s reaction; stating specifically that the majority of money in circulation has drugs on it.

But court precedents and ethical enforcement of the law apparently mean very little to detective Queen and the drug dog predictably alerted to the bag of money. However, no drugs were found.

According to the Newspaper, further testing of the rental vehicle was done with ion swabs, but these swabs were “misplaced” during the investigation. A second swab test on the money yielded a positive result.

Federal officials have insisted that the money swabs are plenty enough evidence to prove that the money is linked to the drug trade and subject to confiscation; because most drug dealers rub their cash down with drugs, right?

Obviously Willis and his attorney dispute the claim that this money was linked to drugs.

“The narcotics dog’s alert to Mr. Willis’ money is not enough probable cause given prior case law,” Lomonaco wrote to the court. “The $5000 in United States Currency case highlighted the various evidence that exists showing the large percentage of currency that has been contaminated from drug residue. Therefore, the dog’s positive alert is not enough to establish probable cause, especially since the dog alerted to the money after the money was already seized… Ms. Williams was the reason why the car was stopped in the first place, but the money that was seized did not belong to her, so her actions did not give the police officer probable cause to seize the money of Mr. Willis.”

The first hearing in this case was held last month as federal prosecutors tried to make their case, seeking permanent confiscation of the cash, taken from Willis nearly a year ago.

Prosecutors have been trying to find Williams to testify, but certified mail sent to summon her has been returned unclaimed.

The robber barons are also trying to use a technicality to deny Willis a hearing because he did not file the proper form. Magistrate Judge C. Clifford Shirley Jr. has yet to rule on the matter.

Road piracy in the US has reached epic proportions.

It has gotten so bad that the Canadian government has issued a public service announcement for its citizens warning them that American Road Pirates, aka police officers may very well rob them upon entry into the US.

In the US, “298 departments and 210 task forces have seized the equivalent of 20 percent or more of their annual budgets since 2008” according to the Post.

Some might try and say that this money and property is obviously “taken from criminals” in order to rationalize this theft on a massive scale. However, as is evident in the case of Mr. Willis, the government does not have to charge you with a crime, let alone convict you, to take your property and after they steal your property the burden of proof is on you to get it back.

Only one sixth of the 62,000 cases of cash forfeitures to police in the last decade have been challenged in court due to the high cost of challenging the state; not too mention that since their money was stolen, even if they once had the funds to challenge the theft, they may not any longer.

The justice department’s asset forfeiture fund in 2011 was $1.8 billion.

In Philadelphia alone, more than $64 million in seized property has been taken in the last decade and 100% of it has gone into the pockets of cops, judges, and other bureaucrats with a hand in the treasure chest.

But these billions stolen from the citizens of this country by the ones who claim to keep them safe, are just an example of a few bad apples, right? It’s most assuredly not a systemic problem resulting from the glaring unaccountable nature of the state.