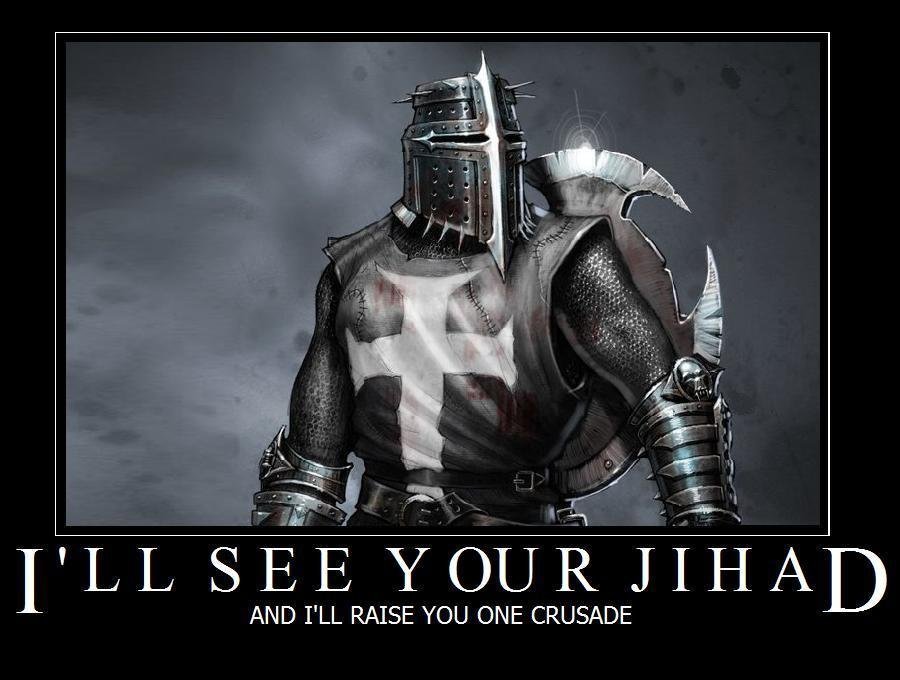 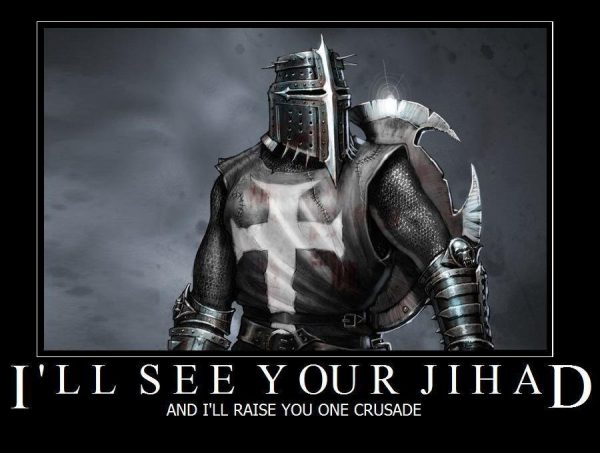 The fallout in Western media in the wake of Muslim jihadists bringing terror upon France this week and murdering several individuals, including those at the Charlie Hebdo magazine offices would be laughable if the situation were not so serious. Over and over this week we have seen the useful idiots in the media attempt to defend what is indefensible, Islam. Unlike most of my articles, this will consist mostly of videos to demonstrate exactly what is going on and the purpose is to inoculate the American people against protesting Islam. However, I will provide a bit of commentary in between.

First, take Fox News’ Shepherd Smith (not so fair and balanced), who commented immediately following the jihad attacks, “To call the kind of religious extremists who do this sort of thing Muslims seems waaaay out there, any more than the guy who blew up the federal building in Oklahoma might be considered a Christian.”

Consider that Shepherd Smith doesn’t know what he’s talking about in the comparison as the Scriptures nowhere declare that believers use truck bombs to blow up buildings and murder people. The Koran does advocate such actions. Furthermore, he ignores the fact that those involved were shouting “Allahu Akbar.” Who exactly shouts those words while committing murder Mr. Smith? As far as I’m concerned, Shepherd Smith has no credibility when it comes to reporting on anything about Islam or terrorism.

Evan Kohlmann appeared on MSNBC and bowed to Islam as he stated, “To be honest, if you look at Charlie Hebdo, they don’t just make fun of Islam. They make fun of religion… But look, I think we need to understand here, there has to be the ability for people to be critical of other religions, of other ideas and whatnot. There has to be that ability. At the same time, look, we have to also respect Islam and we should not deliberately go out and poke our fingers in other people’s eyes, you know. There is — everyone should have the right to critique Islam, but at least we should do it with some sense of respect so that people don’t get the idea that this is Islamaphobia, or the same we would apply to Christianity, Judaism. Look, it’s worthy of critique and debate.”

There is no Islamophobia Evan! It’s reality. Stop buying into the political correctness being propagated on the American people!

Then you have people like Mayor Rudy Giuliani, who is somewhat schizophrenic in his assessment of Islam as he says we should cut out the political correctness. Then he engages in political correctness. He wants to claim those who follow Islam to the letter as those who “distort” Islam, while claiming that they are “Islamic extremists.” No they are not Rudy. They are Islamists, period. They are following the Koran, period. They are walking in the footsteps of Muhammad, period. Stop covering for Islam!

Of course, Barack Obama told us previously that the future should not belong to those who slander the prophet of Islam (of course Islam is a non-prophet ideology).

But then, Barry put out this little press release following the Paris jihad attack:

I strongly condemn the horrific shooting at the offices of Charlie Hebdo magazine in Paris that has reportedly killed 12 people. Our thoughts and prayers are with the victims of this terrorist attack and the people of France at this difficult time. France is America’s oldest ally, and has stood shoulder to shoulder with the United States in the fight against terrorists who threaten our shared security and the world. Time and again, the French people have stood up for the universal values that generations of our people have defended. France, and the great city of Paris where this outrageous attack took place, offer the world a timeless example that will endure well beyond the hateful vision of these killers. We are in touch with French officials and I have directed my Administration to provide any assistance needed to help bring these terrorists to justice.

So which is it Barry? Charlie Hebdo “slandered” your non-prophet of Islam (Actually, the magazine was telling the truth about Muhammad). They had no future according to your previous words, but now you condemn your brethren for merely making sure that your words were honored. This is exactly how taqiyyah works friends.

Clearly Obama would not call the attack “Islamic.”

Then there is Obama’s Press Secretary Josh Earnest, who whitewashed the “religion of pieces” to say it’s a “peaceful religion” with “peaceful tenants” and that the Obama administration is working with leaders of the Muslim community (some who have been designated terror groups) to “counter the message” against Islam. No surprise there.

What all of these people forget is that Muslim imams who freely walk the streets and are allowed to teach openly declare that Islam can engage in acts of terror against their enemies. Here’s the infamous Anjem Choudary claiming just that and justifying it under Sharia and the Koran.

You’ll notice how Choudary also doesn’t distinguish between the citizenry and the military in jihad, but yet, he and other Muslims bash Israel if any Palestinians are killed in their attacks. The Palestinians elected Hamas, an Islamic terrorist group. Talk about hypocrisy!

To take matters further, Choudary then defended the murders of those in the Charlie Hebdo jihad via Twitter:

If freedom of expression can be sacrificed for criminalising incitement & hatred, Why not for insulting the Prophet of Allah? #ParisShooting

Freedom of expression does not extend to insulting the Prophets of Allah, whatever your views on the events in Paris today! #ParisShooting

Muslims love the Messenger Muhammad (saw) more than their parents, children and even themselves! Why don’t people understand? #ParisShooting

We must see what the honour of the Prophet means to Muslims after Salman Rushdie, Hirsi Ali, Theo Can Gogh & Terrance McNally #ParisShooting

He then tweeted this:

I agree that there should be divine law that men live under, but that is God’s law, not Sharia. Sharia is a farce and appeals to man’s sinful nature. It is wholly unjust, unlike the law of God, which is true law, righteous and holy.

Among the only videos I watched where someone actually called all of this nonsense out was Hannity. Now, I like Sean Hannity as a person, but have issues with some of his politics, especially when it comes to carrying water for the GOP. However, he is exactly right on this one as he called out Choudary on his show during an interview where Choudary defended his tweets. Hannity was so disgusted, that he told Choudary, “You’re an evil SOB.”

These were all I compiled this week. I’m sure there are more, but then I discovered the ridiculous Bill O’Reilly’s schizophrenia from this week. Clearly O’Reilly’s Show is a non-Spin Free Zone. Pamela Geller highlighted the doublespeak of O’Reilly in a recent article. However, O’Reilly called these guys “Muslim fanatics.” No Bill, they are just Muslims. Do your homework and stop spinning!

While Bill was right to call out Barack Obama, whose administration has armed, funded and trained these devils, he still wants to whitewash Islam. While he chastised Obama for using the term “few” with regards to those engaging in Islamic jihad, O’Reilly can’t seem to get past his politically correct thinking that these people are not engaging in the practice of Islam. O’Reilly stupidly said this is all about “fringe Islam.” I’ve got a question for you Bill, was the founder of Islam, Muhammad, a terrorist, yes or no? Did he teach that same terrorism to his followers? Does the Koran teach terrorism? If so, then don’t pontificate on what you are so ignorant of.

The media useful idiots should stop pushing the political correctness of an ideology that would completely silence them if they had the opportunity. They should just shut their collective pie holes and call what took place in France and continues to happen on a daily basis around the world what it is… the real face of Islam.