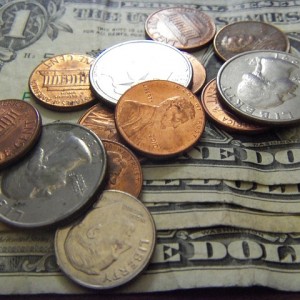 Nearly two-thirds of all Americans are completely and totally unprepared for the next economic crisis.  As you will read about below, a new survey has found that only 38 percent of Americans have enough money on hand to cover “a $500 repair bill or a $1,000 emergency room visit”.  That essentially means that 62 percent of the people in this country do not have an emergency fund.  Even after the extremely bitter financial lessons that millions of Americans learned during the last recession, most of us are still choosing to live on the edge.  That is utter insanity, and when the next major economic downturn strikes most people are going to find themselves totally unprepared.

The number one thing that you need to do to get ready for the coming economic collapse is to build up an emergency fund.

I know that is not the most “sexy” piece of advice in the world, but it is the truth.  Just think about it.  During the last recession, millions of Americans suddenly lost their jobs.  Because they did not have any cushion to fall back on, millions of them also suddenly could not pay their bills and their mortgages.  Foreclosures skyrocketed and countless families went from living a very comfortable middle class lifestyle to being out on the street in very short order.

And now because the people of this country have been so foolish it is going to happen again.

Because of my website, people are constantly asking me what they should do to prepare for the coming economic collapse.

I think that they expect me to say something like this…

“Sell everything that you possibly can and buy gold and silver, go purchase a llama farm, and dig a bunker where you can bury 10,000 cases of MREs.”

Not that there is anything wrong with those kinds of preparations.

Sadly, a solid majority of Americans do not have any emergency cash at all.  The following comes from the Wall Street Journal…

Only 38% of those polled said they could cover a $500 repair bill or a $1,000 emergency room visit with funds from their bank accounts, a new Bankrate report said. Most others would need to take on debt or cut back elsewhere.

“A solid majority of Americans say they have a household budget,” said Bankrate banking analyst Claes Bell. “But too few have the ability to cover expenses outside their budget without going into debt or turning to family and friends for help.”

The survey found that an unexpected bill would cause 26% to reduce spending elsewhere, while 16% would borrow from family or friends and 12% would put the expense on a credit card. The remainder didn’t know what they would do or would make other arrangements.

And of course this is not the only poll that has come up with these kinds of results.  In fact, a Federal Reserve survey from last year produced similar numbers…

The findings are strikingly similar to a U.S. Federal Reserve surveyof more than 4,000 adults released last year. “Savings are depleted for many households after the recession,” it found. Among those who had savings prior to 2008, 57% said they’d used up some or all of their savings in the Great Recession and its aftermath. What’s more, only 39% of respondents reported having a “rainy day” fund adequate to cover three months of expenses and only 48% of respondents said that they would completely cover a hypothetical emergency expense costing $400 without selling something or borrowing money.

Meanwhile, the financial condition of most American families is far worse than it was just prior to the last major economic crisis.  As a recent MarketWatch article detailed, the average family currently has far less wealth than it did back then…

But while the jobs market is improving and the Affordable Care Act has given an estimated 15 million people access to medical care, the Great Recession does appear to have taken its toll on Americans’ finances; in fact, they’re 40% poorer today than they were in 2007. The net worth of American families — that is, the difference between the values of their assets, including homes and investments, and liabilities — fell to $81,400 in 2013, down slightly from $82,300 in 2010, but a long way off the $135,700 in 2007, according to a report released last month by the nonprofit think tank Pew Research Center in Washington, D.C.

So we have a lot less wealth, and almost two-thirds of us have no emergency cushion to fall back on whatsoever.

In addition, there is lots of evidence that much of the country has not bothered to make any preparations at all for even a basic emergency that would last for just a few days.  For example, the following are results from a survey conducted by the Adelphi Center for Health Innovation that I featured in a previous article…

What are all of those people going to do if there is an extended crisis or disaster in this nation?

Meanwhile, the signs that we are on the verge of the next major economic crisis just continue to grow.  Yesterday, I shared 10 things that happened just prior to the financial crisis of 2008 that are happening again right now.

Today, we learned that a major oil driller down in Texas has just declared bankruptcy, and many more energy companies are expected to follow suit in the coming months.  The following is from the Wall Street Journal…

[S]igns of strain are building in the oil patch, where revenue growth hasn’t kept pace with borrowing. On Sunday, a private company that drills in Texas, WBH Energy LP, and its partners, filed for bankruptcy protection, saying a lender refused to advance more money and citing debt of between $10 million and $50 million. Neither the Austin-based company nor its lawyers responded to requests for comment.

Energy analysts warn defaults could be coming. “The group is not positioned for this downturn,” said Daniel Katzenberg, an analyst at Robert W. Baird & Co. “There are too many ugly balance sheets.”

And we also learned today that teen retailer Wet Seal is going to be closing two-thirds of its stores.

Dozens more retailers are expected to make similar announcements over the coming months.

We are moving into the most chaotic time for the U.S. economy that any of us have ever seen, and most Americans are totally oblivious to what is happening and are totally unprepared.

So what is our country going to look like when tens of millions of unprepared people are blindsided by a crisis that they never saw coming?