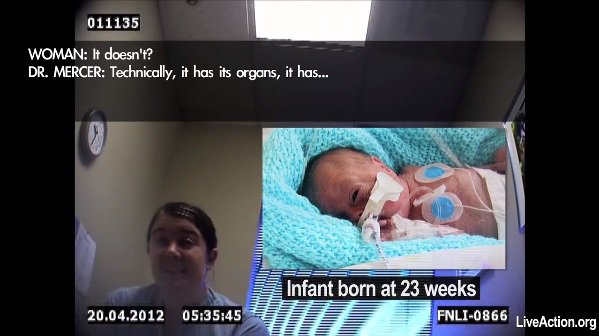 Live Action is a wonderful organization headed up by a strong and courageous young woman. They’ve done a lot of great work exposing the fraud that the abortion industry has been perpetrating on people for years, all while helping to save countless lives from the horror that is abortion.

The folks at Live Action may have just developed their best video yet, and the effort behind it may prove to be invaluable. PBS recently released a very pro-abortion documentary called “After Tiller” which tried hard to make the abortion industry seem like a positive thing. In reaction, Live Action went to the very same people that starred in “After Tiller” and had them describe abortion in a much more open and realistic manner.

The truth is appalling. The difference between the PBS “documentary” and Live Action’s investigation is shocking. It’s simply more proof that mainstream media and the Left have embraced a culture of death and will stop at nothing to see the rest of us embrace it as well.

Live Action’s undercover cameras caught what the stars of “After Tiller”, a late-term abortion film airing on PBS, had to say about the humanity of pre-born children. Watch their chilling admissions from our “Inhuman” investigation: