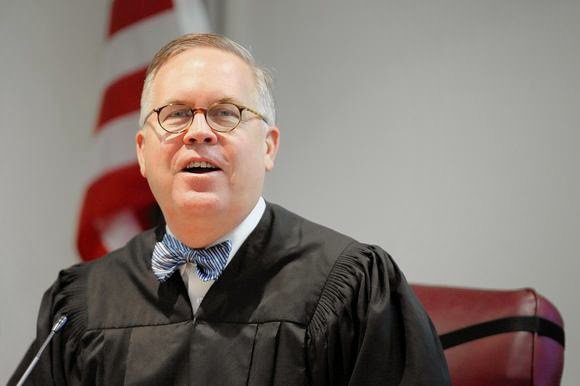 In the wake of protests in the black community regarding the deaths of Michael Brown, Tamir Rice and Eric Garner, one defendant’s attorney in Florida attempted to use those incidents as an excuse for why his client was hiding from police after an officer was almost killed when he was shot at and a bullet grazed his head.

The Sun-Sentinel provides the background:

According to police, a bullet shattered the windshield of the Fort Lauderdale undercover police sergeant’s unmarked patrol car and grazed his head while he was following a suspicious vehicle at about 1:40 a.m. Monday.

The sergeant had noticed a black Dodge Avenger driving slowly with its lights off and picking up two men in the Harbor Beach neighborhood near the 1500 block of East Lake Drive.

The sergeant was shot at when he pulled up behind the Dodge. He was not hurt and remains on regular duty.

After the shooting, Fort Lauderdale police with several other law enforcement agencies pursued the scattering suspects. Clarke and three other men were arrested after an extensive search involving a helicopter and police dog.

Broward County Judge John Hurley listened to Public Attorney Dale Miller’s defense of his client, 26-year-old Steven Clarke. Clarke was arrested on January 5, along with several others near the scene of a shooting incident near Ft. Lauderdale. He was found hiding under a dock and wearing an empty gun holster.

“Your honor, in light of what’s happening in this country with unarmed black men being killed by police, him running from shots being fired is a very reasonable response,” Miller argued.

“Don’t hand me that,” blasted Hurley. “I’m not going to let you go down that road. That is so off base.”

“We’ve got a young man, I don’t care what color he is, he’s in a neighborhood he doesn’t live in at 1:41 in the morning, hiding under somebody’s dock in the water with a holster on after a police officer had a shot taken at him,” Hurley said of Clarke.

“Don’t hand me this, ‘he’s a black man running from police brutality,'” he added. “That is not appropriate in this case. I’m not going to let you poison this case with bringing in something that has nothing to do with it.”

Clearly, in watching the video, Clarke was visibly upset with the judge’s ruling.

The judge took a short break and when he returned, he apologized and asked forgiveness from Miller, saying that it wasn’t personal.

“I just want to apologize,” Hurley said. “I got a little worked up there but I just want to be clear that we stick to the facts of the case and we don’t go off on tangents.”

Miller forgave the judge and said, “I have a way of drawing that out of people, your honor.”