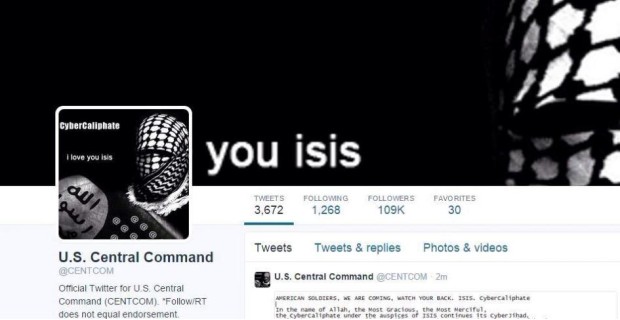 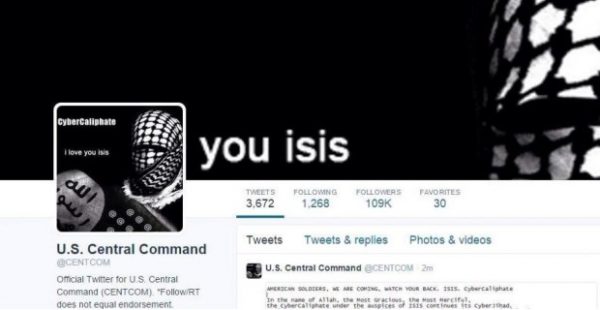 According to the group which identifies itself as Anonymous, the ISIS hack of the Pentagon’s Twitter accounts traces back to Maryland – home of the National Security Agency.

Twitter and YouTube accounts belonging to the U.S. military command that oversees operations in the Middle East were reportedly hacked by ISIS sympathizers on Monday, with messages being sent out for almost an hour before the accounts were temporarily shut down.

“American soldiers, we are coming, watch your back, ISIS,” the hackers posted on the U.S. Central Command Twitter feed.

USA Today reports, “A Twitter account from a group identifying itself as Anonymous said Monday it had tracked the source of the hack to Maryland, but that was not confirmed by official sources.”

Maryland is of course home to the National Security Agency, an entity that has perfected the art of hacking and is able to compromise and take control of different systems and platforms “at the speed of light”.

The hack coincided with President Barack Obama addressing the nation on the subject of cybersecurity as he prepares to announce new legislation at the upcoming State of the Union speech.

Just as last year’s Sony hack, which was blamed on North Korea yet had all the hallmarks of an inside job, was used to reanimate zombie legislation which would increase White House control over the Internet, the Obama administration will undoubtedly cite the ISIS hack as another reason why more prohibitive restrictions need to be introduced.