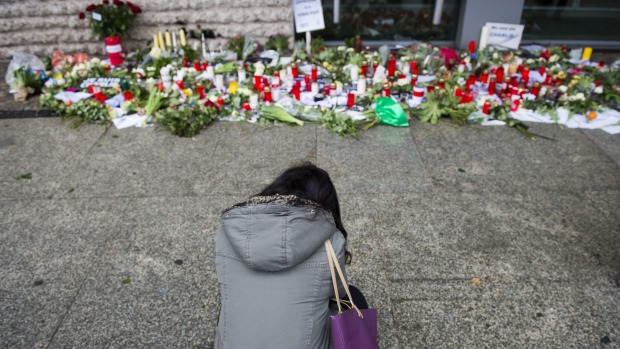 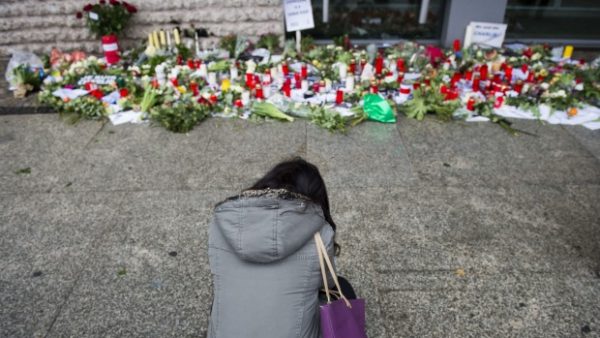 Much has been made about the lack of blood in the video showing a French policeman allegedly shot in the head at point-blank range with an AK-47 assault rifle during the Charlie Hebdo attack.

The video continues to be removed and censored on YouTube and other platforms despite the lack of blood. Yet, countless videos of John F Kennedy’s head exploding from a long-distance shot remain on these websites.

Here is the video in question with some commentary:

The mainstream media continues to push the story that this officer was killed by a head wound. One report by UK-based Sky News seems to admit having placed fake blood at the scene.

Sky News presenter suffers Freudian Slip: “You can see the blood on the ground, which has been put there to…” He then catches himself and clarifies, “because of the blood that was shed on this spot yesterday.”

You don’t need to accept that this is some wild conspiracy to recognize when you’re being lied to.

In related and equally unbelievable news, a new speed record was set for the planning and logistics of gathering most world leaders in one location. In the past it would have taken weeks to plan an event like this. However, Bono was unavailable on such short notice to play the reception.

Millions gathered in Paris to memorialize the victims and support free speech, not realizing they’re standing with free speech tyrants while supporting a bigger domestic police state with less civil liberties to fight a brand of terrorism allegedly taking aim at civil liberties.

Those who believe the official story that this attack was about religious revenge over a satirical cartoon are clearly infected with authority worship.

Reality is, at best, that Western governments incubated these snakes and delivered them to the desired den. At worst, the West directly engineered these attacks to boost support for their current agenda of military intervention in the Middle East and expanding police state authority at home.

Ultimately, it doesn’t really matter what the background story is, the result will be the same. More war. More spying. Less peace. Less civil liberties.