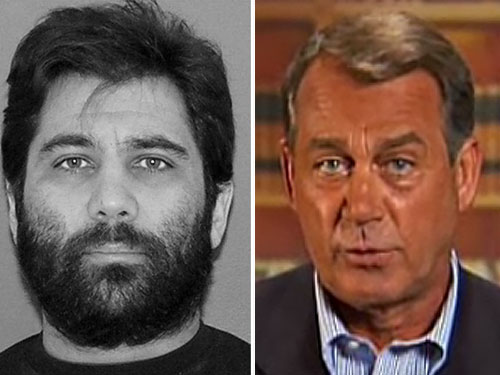 The top news in the country today is that the FBI has saved House Speaker John Boehner’s life from an evil plot to kill him by his bartender, 44-year-old Ohio resident Michael Robert Hoyt.

Apparently some media outlets were more heartbroken than others… Of the event, Boston.com’s Victor Alvarez wrote, “The question is: Would anyone have noticed?”

http://t.co/z0NbJyZlmA really wishes Boehner had been successfully poisoned: Civility.
According to prosecutor… http://t.co/YL9CW9Uc9q

Various murder plots contemplated by Hoyt involved shooting Boehner with a .380 automatic and poisoning his drink. Hoyt had been treated previously for a psychotic episode, but he reportedly stopped taking his medication.

Boehner was recently in the news for what The Washington Post calls enduring “the biggest revolt against a House Speaker in more than 150 years” during reelection for his third term as House leader.

Boehner also recently claimed he is the most anti-establishment speaker the nation has ever had.